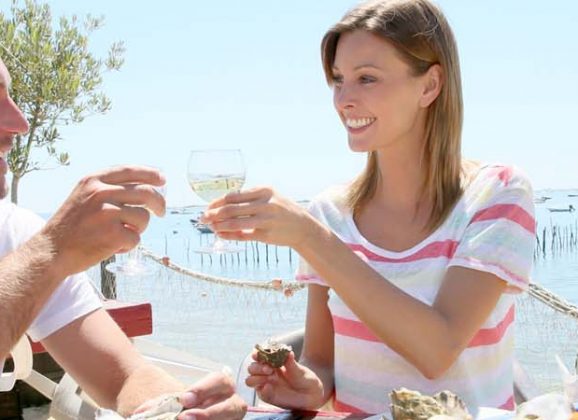 From I was only sitting in the car to I didn’t realise how much alcohol was in my cocktail an expert motoring lawyer sheds light on the reasons why people unexpectantly find themselves convicted of drink driving. Every year around 55,000 people in England and Wales are convicted of drink driving related offences according to Department of Transport statistics. With 2019 figures estimating 7,860 people were seriously injured and 280 people lost their lives due to drink driving getting behind the wheel after drinking alcohol may be a more serious offence than you think and carries a minimum 12 month driving ban. Manjinder Kang, of Birmingham motoring specialists Kang & Co Solicitors, has worked on a number of high-profile cases representing celebrities, sports personalities and doctors. He helps to bust some of the myths around the offence to raise awareness of why it should always be ‘none for the road’. I only moved the car 10 metres How far you drive the car is irrelevant. Being behind the wheel of a car while under the influence of alcohol is an offence. When you have alcohol in your system your reaction times and perceptions are impaired which mean that even moving your car a short distance to park it up carries a risk. I didn’t think I would still have alcohol in my system This is one of the most common misconceptions. People think that once they have slept they wont have alcohol in their system the next day. It can take on average an hour for every unit of alcohol you drink to leave your system. However, there is no hard and fast rule to how long it actually takes as it relies on many factors including your metabolism, alcohol strength and body mass index. I had a big meal so it should have sobered me up Nothing but time will help to get rid of the alcohol in your system as your liver chemically breaks down the alcohol and eliminates it from your body. So, even if you have a coffee, a cold shower or eat your body weight in nachos it will not help sober you up any quicker and make you fit to drive. I was only sat in the car listening to music. I didn’t drive it It is an offense to be drunk in charge of a vehicle even if you are not driving. So, sitting in the car without the engine on is not a defence. I only had two drinks I wasn’t drunk The legal limit is 35mg of alcohol in breath and not related to the number of drinks you consume. There is no way of knowing how much alcohol you can drink and still be under the drink drive limit. There are many factors which influence how alcohol is absorbed in your body including how much you drink, how fast, your body mass index, metabolism, and strength of alcohol. For some people just having one drink will take you over the limit. It also depends on what drink you have. One pint of shandy is not the same as a large glass of wine or a cocktail. Trying to gauge whether you are able to drive by how ‘drunk’ you feel or the number of drinks you have drunk does not work. Not drinking any alcohol while driving will always be the safest option. It was only a quick drink to settle my nerves Known as the ‘hip flask’ defence some drivers after a crash reach for the bottle to steady their nerves. They may not have been drinking when they had the accident but when the police turn up...

Maybe you are bored with your steel wheels or your existing alloys are looking a little tired. New wheels can make or break a car – but before you choose a style you need to know what will and won’t fit your car. Suzanne Keane guides you through the maze that is the perfect wheels The first step to deciding on your new wheels is to take off one of your existing wheels and look at the back of it to see if anything is stamped on it. You may see something like this “7J x 17 H2 ET35″. 7J – this is the width of the wheel, in this case 7 inches 17 – this is the wheel diameter in inches (you will also be able to tell this from your tyres) H2 – Means the wheel is designed for taking “h” rated tyres ET35 – This is the offset of the wheel, which is explained below. If you decide to change the diameter of the wheels it’s important to check that the rolling radius with your new tyres will match your existing rolling radius (this can affect the readings on your speedometer) – you can check this by using online calculators like this one.  The 3 most important things you need for choosing your alloy wheels are the diameter, in inches, the PCD and the Offset:  PCD – Firstly you need to work out how many wheel studs you have…. but that’s not all! PCD stands for Pitch... 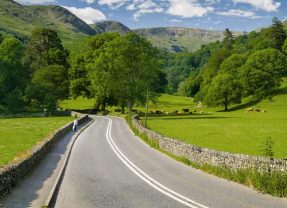 Too many of us drive too fast on country roads, oblivious to what that could be lying just around the corner writes Geraldine Herbert  Slow down and expect the unexpected. You never know when you go round a bend what you might encounter from a cyclist to a broken down vehicle. Tractors & Farm Vehicles When overtaking, leave nothing to chance, take your time and be safe. Don’t start your manoeuvre until you know... 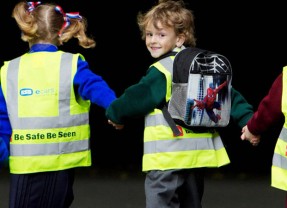 There are some simple things we can do to help keep children safe writes Geraldine Herbert.   Be Aware – All too often children are hurt or die because drivers simply didn’t see them. From schools to residential driveways and quiet back streets always be aware that children are around. Reversing – Before you back out of your driveway ensure your children are being supervised. Leaving your window wound down while reversing out of a driveway...

Recent Posts From All Categories 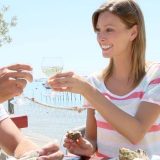 May 28Posted by wheelsforwomen in Driving Tips, Features

From I was only sitting in the car to I didn’t realise how much alcohol... 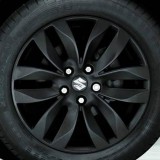 Maybe you are bored with your steel wheels or your existing alloys are... 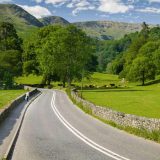 May 21Posted by Geraldine Herbert in Driving Tips, Features

Too many of us drive too fast on country roads, oblivious to what that could... 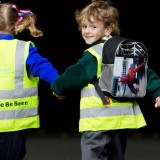 May 11Posted by Geraldine Herbert in Driving Tips, Features

There are some simple things we can do to help keep children safe writes... 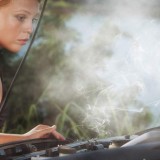 Suzanne Keane gives a few reasons why your car may be overheating! 1....