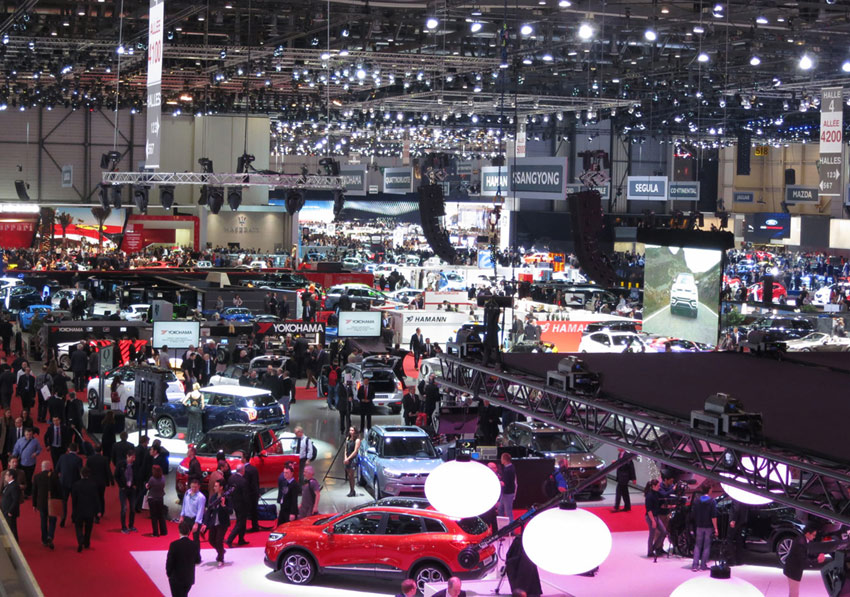 The press days for the  2015 Geneva Motor Show are over and the doors are open to the public. Here are the ten cars we think are worth making the trip for writes Hannah Gordon

The Geneva Motor show layout guides you aimlessly around the worlds best car manufacturers providing awe inspiring creations at every turn. This year saw the usual crazy concepts and project cars hoping to one day be parked in our driveways. But from all of the designs, some good, some bad and some that definitely needed to go back to the drawing board; which cars really stood out for me, here are my top 10 of Geneva 2015. 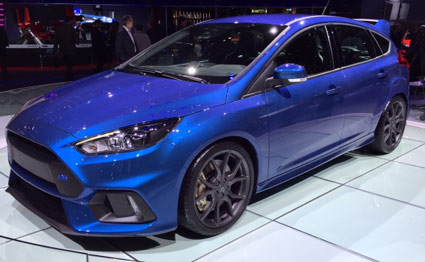 Ford Focus RS
Ford in a nutshell is a mass producing car manufacturer, pumping out millions of average cars each year. But the RS section is always that little bit more special. And when Ford announced a new Ford Focus RS I was excited to see what the outcome was. The Focus RS comes with four wheel drive and a 2.3 litre, four cylinder petrol engine. The bodywork is big and shouty as you’d expect and its an awesome looking creation. Expect the pricing to be just under £30k which puts it in with a chance in such a highly competitive sports hatch market.

BMW 2 series Gran Tourer
BMW and people carrier in the same sentence is never normally heard but BMW have created the 2 series Gran Tourer, and are hoping to gate crash the MPV market. The 7 seater is the big brother of the Active Tourer, and is largely based around this design inside. BMW are on their own in the premium MPV market at the moment as no other premium car make has a people carrier in its range. Expect prices to start from £24,000 and a large choice of petrol and diesel engines available. 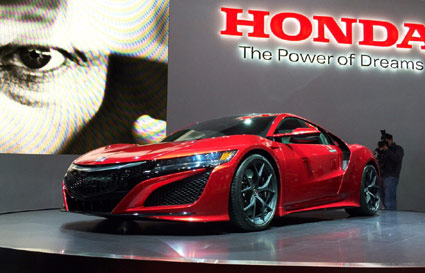 Honda NSX
Having to wait for the Audi R8 seems like nothing compared to the near millennium its felt like waiting for a new Honda NSX. First launched in1990 it had a revolutionary all aluminium body and V6 engine. The new Honda NSX comes with a 3.7 litre V6 twin turbo engine, but also has electric motors positioned on the front and rear axles. The car looks fantastic and its a testament to Honda and the years of development to have created a car that carries on the NSX history. Prices haven’t been released yet but expect them to be over £100k.

Volvo XC90
SUV’s have become the must have accessory, sales are constantly growing and this was highlighted by most manufacturers having at least one SUV type vehicle on their stands. The Volvo XC90 is now one of the best looking SUV’s available on the market. Its bullish front end and well proportioned sizes make it an eye-catching package. With Volvo you can be assured of a quality product and the XC90 looks very well made, the interior is well put together and is a huge step from the previous models that felt dated. Offered with petrol, diesel and hybrid engines the XC90 isn’t cheap at a starting price of £45,000. 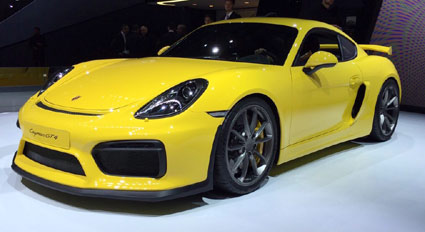 Porsche Cayman GT4
Unveiled at the Geneva Motor show was Porsche’s latest creation, the Cayman GT4. Mid engined 3.8 litre flat six producing 380bhp and paired with a six speed manual. The Cayman is only offered with a manual gearbox to the delight of purists and real petrol heads. And with Stuttgart engineering you can be assured that the Cayman GT4 will have power to knock your socks off and handling to impose neck snapping G forces. The Cayman GT4 is set to be another success for Porsche and prices will start from £64,000.

Toyota Avensis
The car of choice for the large majority of taxi firms in London and my mum drives one, the Toyota Avensis was on show at Geneva with a facelift, new interior and changes to the chassis. The Avensis has always been a great seller for Toyota and I have been a fan of them for a while, especially as they are built here in the UK. The new Avensis has sharp looks helped by the front LED lights and swooping bonnet line. The interior is set out clearly and user friendly with a good quality feel to it. Prices haven’t been released yet but expect them to start around the £18,000 mark. 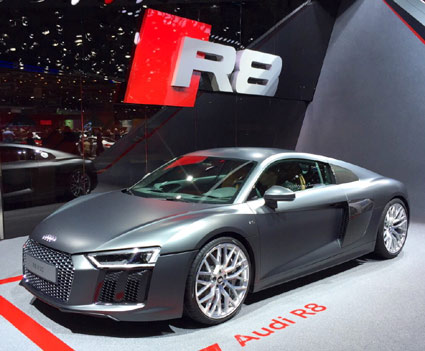 Audi R8
It seems like we have been waiting for an eternity on a new 2nd generation Audi R8 which was first launched in 2007, but the Geneva Motor show proved a great backdrop for Audi to unveil it. Although very similar in style and size, the new R8 looks a lot sleeker and better proportioned. Audi have trimmed some weight off too with around a 60kg kerb weight deduction. Initially only available with a 5.2 litre V10 engine that pushes the R8 to a stonking 205mph. There is also talk of smaller engines and a fully electric e-tron version. Expect prices to start at around £119,000.

Vauxhall Viva
Vauxhall have relaunched the Viva model, and if you can remember back to the the 60’s and 70’s (I personally wasn’t born!) when it was in production then you will have a picture in your head off a boxy saloon style car. Well Vauxhall have remade the Viva and the shape is completely different, the Viva is now Vauxhalls interpretation of a city car. A 1.0 litre 3 cylinder engine looks to be the only engine available, but Vauxhall are hoping that the price of this little car is what will really tempt buyers, entry level models will be under the £7,000 mark and even the top of the range shouldn’t be more than £10,000. 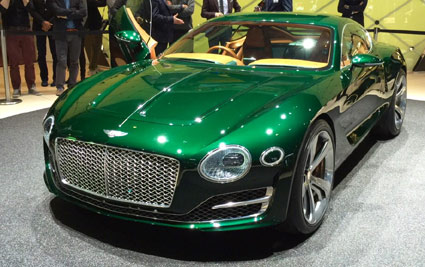 Bentley EXP 10 Speed 6
Somewhat of a surprise unveiling was the concept Bentley EXP 10 Speed 6. Its a snapshot into what Bentley’s future plans may entail, and after all making luxurious sport coupes move at extraordinary pace is what Bentley do best. Initially Bentley state that this would sit alongside the Continental in the sports coupe range, it will be interesting to see if in 3 years time the car released by Bentley does closely resemble this concept, all I can say is fingers crossed, its got to be one of the cars of the Geneva Motor show and many people couldn’t find a bad word to say about it.

Jaguar XE
Its about time Jaguar muscled in on party where BMW, Audi and Mercedes have ruled for many years in the executive saloon group. And this year saw the creation of the Jaguar XE, the front end has a blunt appearance with small sharp headlights and gaping grills in the bumper. The interior looks well put together and has everything the executive business person could ever want on the long drives. Petrol and Diesel engines are available and the diesel engine will probably be the most popular due to the tax conditions on a company car. Whether or not the Jaguar can become a serious contender in this fiercely competitive market remains to be seen but in the flesh at Geneva it was certainly looking a handsome beast. Prices start from just under £27,000 as the Jaguar XE goes on sale this May.