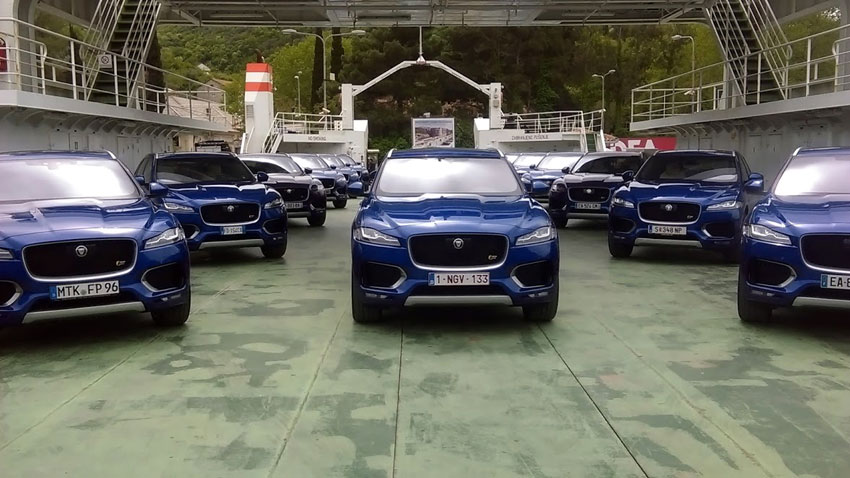 Women motoring writers have their say! Voting is complete to find out the 2016 Women’s World Car of the Year writes Geraldine Herbert

The Supreme Winner of the 2016 Women’s World Car of the Year is:

Judges vote initially for the car of their choice in six different categories. The Jaguar F-PACE won the SUV/Crossover category from six other contenders. Judges then voted again from the list of six category winners in Women’s World Car of the Year to choose the Supreme Winner.

“We are delighted that the F-PACE has been voted not only Best SUV/ Crossover but also Supreme Winner in the 2016 Women’s Car of the Year awards,” said Fiona Pargeter, Head of Global PR Communications at Jaguar Land Rover.

“This prestigious title is a true highlight in the continuing F-PACE success story. The combination of beautiful design, everyday usability and unrivalled driving experience set the F-PACE apart from the competition, and is attracting new customers to the Jaguar brand worldwide.”

The Jaguar F-PACE was the first model to be built by Jaguar in the compact luxury crossover SUV class. It was formally announced at the 2015 North American International Auto Show in Detroit.

The voting process is rigorous.  Judges submit their personal short list and this year 294 cars were nominated by 17 judges from 14 countries. A master list is drawn from these choices and judges vote for their preference from the 32 cars in six categories that made the grade. Judges vote again from the list of six category winners to determine the Supreme Winner.

Women’s World Car of the Year is the only car award in the world voted for entirely by women and voting is by secret ballot. The final votes are audited by international accountancy company, Grant Thornton, from their Auckland (New Zealand) office. The company has been associated with Women’s World car since its inception seven years ago and Partner, Paul Kane, said it’s a tight competition.

“Reaching a final decision for each category and choosing an overall winner is difficult. Voting was very close this year and could have swung either way for the Supreme Winner.

“The Performance category was particularly hard-fought between two Fords – the Mustang and the Focus RS – with only one vote separating them.  The stand out was the Toyota Prius with the biggest margin in the Green Car category,” he said.

The Dream Car Award is dedicated to the memory of one of our judges, Holly Reich, who passed away in New York on 6th October, 2016.

This is a ‘free’ category where judges nominate their Dream Car – the one they would like to own – and the choices judges submitted this year were wide and varied.

Holly Reich was one of the ‘early’ judges who joined the jury almost from the start of the awards and revelled in meeting women from around the world as an integral part of Women’s World Car of the Year. She joined other judges in Detroit to drive the new Ford Mustang in 2014 and was one of seven judges in Gothenburg in Sweden in May this year to present the trophy to Volvo for the XC90 winning the 2015 Supreme Award.

Fellow judges unanimously decided to dedicate this award to the memory of Holly Reich -a competent, professional and very popular fellow woman motoring writer. Discussions on the presentation of a trophy to McLaren Automotive are currently under way as are discussions to present the Supreme trophy to Jaguar Land Rover.