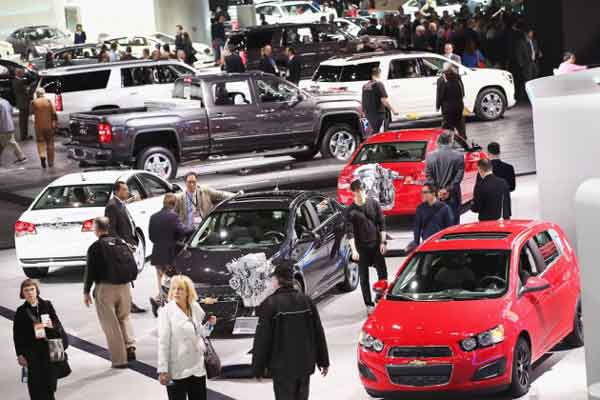 This year’s Detroit motor show  is the first major motor show for 2015. Here’s our pick of the best of the show writes Geraldine Herbert

Ford GT
This is the car that stole the show in Detroit. Featuring  lashings of carbon fibre and aluminium in its construction it is powered by the most powerful EcoBoost engine to date, a 3.5 litre, twin turbo 6 cylinder producing 600 bhp.
Simply stunning; the design of the new GT pays homage to the original Le Mans-winning GT40 from the 1960s. According to Ford the GT will be a ‘global car’ meaning it will be available in Europe (and hopefully the UK)  but there is no information yet on whether it will be available in RHD. One thing is certain, it will be the key model on the Ford stand at Geneva in March so expect more information then. 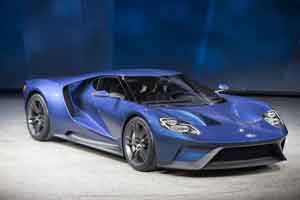 Honda NSX
25 years since it first launched and ten years since it went out of production the NSX replacement is finally here. Fitted with a twin-turbocharged V6 petrol engine and three electric motors the NSX produces 550 bhp. The combination of a twin-turbocharged engine together with the electric motors promises to deliver instantaneous yet broad torque. Before you get too excited it seems that such was the interest in Honda’s eagerly awaited supercar that it has already sold out. 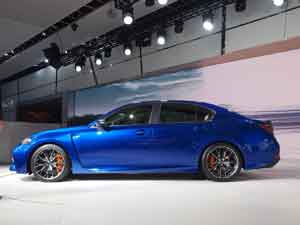 Lexus GS F
Lexus unleashed their GS F Sports Saloon  the next addition in their F line following the recent launch of the F Coupe. Designed to appeal to the younger buyer the idea behind the F range is to take a standard model and give it the ability to adapt as easily to a race track or to the daily commute. The new model features a 5 litre V8 engine with 467 bhp. The GS F will arrive in Ireland at the end of this year, pricing and specification will be confirmed at a later date.

Alfa Romeo 4C Spider
Arriving here in time for the summer, the Spider is likely to be priced above the €69,900 hardtop version and while volumes in Ireland will be tiny (and the waiting list long) it does provide a useful halo vehicle for the raft of new models that Alfa Romeo has planned for 2016 and beyond

Audi Q7
Audi unveiled the long-awaited second-generation version of it seven seat crossover that will arrive in the UK at the end of the summer. Lighter than the car it replaces, by a very significant 325kg, this is due to the use of a mix of high-strength steel and aluminium and  has cut fuel consumption by about a quartre, the new Q7 will also be available as a diesel plug-in hybrid. It is difficult to know exactly what to make of the design so we will reserve judgement until we see it in the metal.