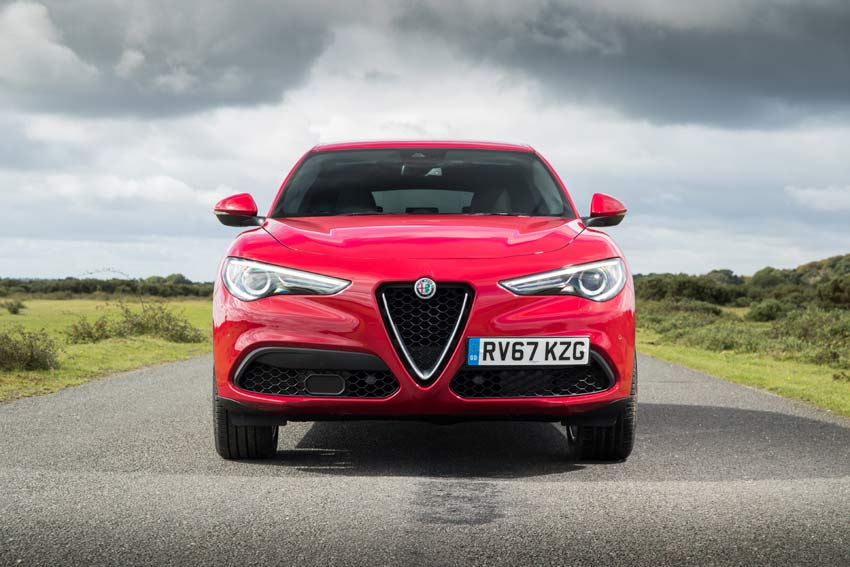 Much is expected of Alfa’s first SUV, the Stelvio writes Hannah Gordon

What is it? The Stelvio pass links Switzerland and Italy and is known as one of the most absorbing stretches of road in the world with its 48 hairpins. Alfa Romeo have developed their first SUV and hope to catch the same exhilarating drive that the famous road its named after.

Who is it aimed at? After jumping behind the wheel of the Stelvio you realise this isn’t your normal SUV, this is a sporty AWD vehicle that allows you to really push it but with big amounts of space that an SUV gives you. The Stelvio is a large vehicle with a sporty saloon feel.

Styling? The typical offset front numberplate is a homage to Alfa Romeo’s design through the years, the blunt front end, large triangular grille and stylish front headlights are unmistakably Alfa. The Stelvio does have a beautifully elegant Italian design but it also looks solid and purposeful, the proportions are just right and as its a sporty SUV the car sits lower than other cars in its class. 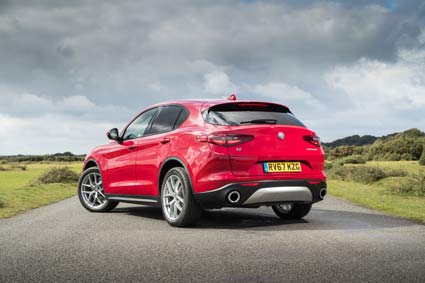 From 1910 to 1960, the iconic Alfa Romeo Badge encompassed the word ‘Miliano’ in its design

Under the bonnet? The Stelvio tested included the 2.0-litre four cylinder turbocharged 280bhp petrol that zipped to 62mph in just 5.7 seconds and a top speed of 143mph, the engine is paired up with an 8-speed automatic gearbox. There are three other engine options which include the same petrol engine with 210bhp and a 2.2-litre diesel engine that has power outputs of 180bhp or 210bhp.

What about inside? The stylish exterior makes its way into the interior as well with a driver focused cabin, the dash feels well put together and reminiscent of a BMW interior. Plenty of black leather and black plastics can make the interior dull, but with the Stelvio it feels classy rather than oppressed and the flashes of silver break up the black monotony. Seats are supportive and fairly comfortable, the infotainment system includes an 8.8” screen controlled by a central rotary pad and Apple Car play and Android Auto are also available as an extra. The standard satellite navigation isn’t the easiest to use and the screen could do with being larger. The elevated seating position gives a great view of the road but the smaller rear window and large C-pillars can make rear visibility particularly bad but there is a powered tailgate and a 525 litre boot space.

On the road? With most Alfa Romeo’s the Stelvio includes the DNA system which allows you to switch between economy (A), normal (N) and sport (D). This dial affects the engine response, braking, transmission, stability control and traction control. The Stelvio is developed to give the driver a rewarding experience and this is helped by its Q4 all-wheel drive system that in normal conditions will be 100% rear wheel drive, but in adverse conditions or hard driving will then send power to the front wheels as well. This technology gives the Stelvio great road holding ability and the 280 bhp petrol engine gives great performance with the 8-speed automatic gearbox providing great acceleration and a bit of a grumbly soundtrack. 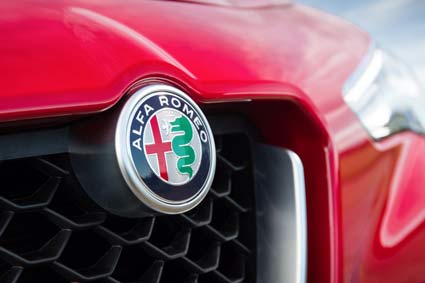 The name is inspired by Italy’s highest mountain pass

What about Safety? The Alfa Romeo Stelvio has been granted a full five-stars in its Euro NCap safety test, it also comes with as standard Forward Collision warning (FCW), Autonomous Emergency Braking (AEB) with added pedestrian protection and Lane Departure warning (LDW). Optional extras available in the safety tick box are Adaptive Cruise Control (ACC) and Blind Spot Monitoring that also detects objects crossing the rear of the car.

Options worth noting are Apple Car Play/Android Auto which I would definitely chose as a £300 extra and a space saver spare wheel for £275.

Will it break the bank? The petrol engines are a hoot to drive but unfortunately they aren’t the most economical. Both petrol engines claim a mpg figure of 40.4 and 161g/km of CO2, the diesel records better figures of 58.9mpg and 127g/km of CO2 but with the recent demonisation of diesels the petrols offer great refinement and performance. Although the Stelvio is seen as a luxury vehicle now expect depreciation to be higher than its competition.

So the verdict? A brilliant first crack at an SUV from Alfa Romeo, the Stelvio turned heads wherever I went and its obvious that people are drawn to its distinctive styling. The top spec models such as the Speciale come with a decent amount of equipment at a very competitive price.

The driving experience is much more sporty than the likes of the Volvo XC60 and its lightweight structure enables you to really push it hard, although the petrol I drove also made motorway driving pleasurable. The Stelvio enters a market dominated by Audi, Mercedes, BMW and Jaguar but being the last to the party it has got plenty of work to do but it has the looks to catch anyones heart.