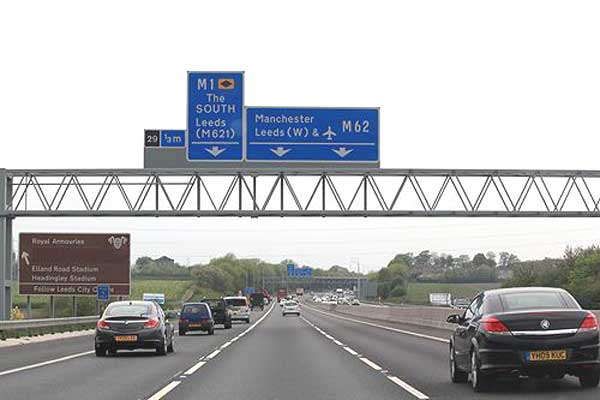 Caroline Kidd lists her top 5 most annoying motorway drivers. Have you seen any of these drivers lately?

The rain is pouring down, you can barely see the road in front of you but every few minutes you get overtaken by wet road speeder who is driving like he or she is looking for a podium finish at Spa. Oblivious to the treacherous driving conditions, this driver wonders why everyone else is driving so slow and more than likely does not have any lights on either.

You will always find a few stealth mode drivers on the motorway with no lights on the car at all when the rain is pouring down or in misty or foggy conditions. It is as important to let cars behind you know that you are there as it is to warn oncoming cars.

This is the classic annoying driver who doesn’t know how to use the lanes on a motorway properly. On a two-lane motorway, you may find this driver cruising in the outside lane for miles and miles and miles. A common offence on a three-lane motorway is the lane hogger cruising along at 50pmh (80kmh) in the middle lane with angry motorists zipping past on either side of them.

The game player is a little bit bored and looks for other motorists to play games with. Game player will overtake you at great speed and then slow down in front of you so that to maintain your speed you end up overtaking them again. And then they overtake you again. Infuriating!

This driver will changes lanes erratically with or without the use of indicators. In severe cases they won’t even check their mirrors, so expect the unexpected. They know where they want to go but don’t see the point in letting anyone else know. It can sometimes all be done done very quickly and erratic lane changer may cut very sharply back in front of your car, so beware.

Which motorway driving habits annoy you most?

What to do if you Breakdown on a Motorway