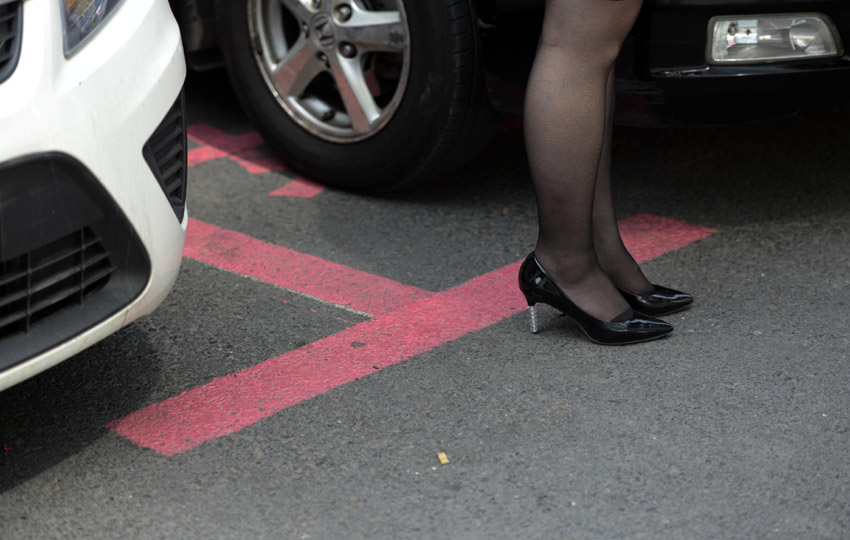 Are female-only parking spaces practical or sexist, asks Geraldine Herbert
Few topics are as controversial in the war of the sexes as the one over who is better at parking. Countless contradictory “scientific” studies emerge to reignite the long-running argument. I am particularly partial to a recent one where it was found that women were better at finding car spaces, and when we did we were more likely to leave our cars in the centre of the spot. But can gender really determine our ability to manoeuvre a vehicle into a parking space?

City planners in Germany, China and Korea seem to think so, as the trend toward pink parking spaces seems to be catching on. Frankfurt Airport in Germany is the latest to hit the headlines because of wider car park spaces with brighter lighting located close to the terminal have been designated as “female only” in a bid to make it safer for women to park their cars.

It’s not the first time a German town has caused contention over pink parking. Back in 2012, the mayor of the Black Forest town of Triberg sparked outrage when female and male-only parking spots were designated. Spaces located between concrete pillars that could only be reversed into were designated as male-only spaces, implying that men are better at parking.

In China there are car parks that are colour coded in pink to cater for female drivers who are deemed to have trouble parking, while in a move to make Seoul in South Korea more female-friendly, ‘she-spots’, have been created that are wider and longer than regular spaces and are easily identified by the outline of a skirt-wearing pink figure.

So is it patronising or is women only parking a welcome addition to our lives?

Author and colleague Emily Hourican is happy to abandon all thoughts of gender equality and feminist credentials and admits the thought of female-designated-only parking “fills me with joy.

Jennifer Tonin, photographer and regular traveller, also welcomes the idea. “I have always worked long hours and finished late and sometimes I have felt uncomfortable walking to my car in the dark, so measures to increase safety are a good thing I think”, she says.

But it’s not a viewpoint shared by all, Samantha Kenny, a motorsport enthusiast says: “If they want to introduce wider spots, let them be for both sexes who have parking difficulties”.

Martina Guyett, a hospital administrator originally from Galway, would also like to see wider spaces. “For people carriers and 4x4s, wider spaces are essential,” says Martina. “These could also be extended to people who are poor or nervous parkers.”.

So while China insults “spatially challenged” women drivers and Germany promises to keep us safe, either way it seems there are few who relish the idea of parking in a bright pink spot. The real issue seems to be the size of car spaces, as our cars continue to grow, so too must car spaces reflect this. And as for security, why not have better lighting, more cameras and safer car parks for all?

Parking Perils – How to Survive the Street Parking Jungle