Are Lada Preparing for a Brand Revival?

Home » Features » Are Lada Preparing for a Brand Revival? 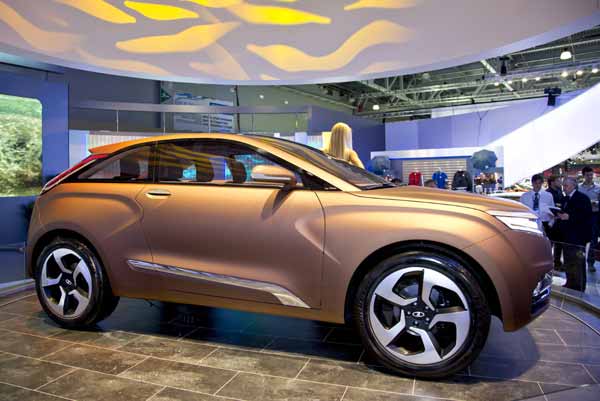 Are Lada preparing for a brand revival? Caroline Kidd investigates.

They were once the butt of jokes but it looks like there could be something of a Lada reinvention going on.

Hold on a second. Are Lada still in existence or were they not consigned to the car graveyard as a small unfortunate blip in automotive history, their boxy designs never to be unleashed on the world again?

If this is what you believed then I am sorry because firstly Ladas are still manufactured, though confined mostly to their Russian homeland. But with a new designer on board promising to “emotionalise the brand”, Lada looks to be plotting a brand reinvention that will likely result in another onslaught on the world. Are you ready?

Lada will face an absolutely massive mountain to climb to get rid of all the negative baggage that the Lada brand carries if they want to sell more cars in Europe. It’s not impossible – SKODA has done it before.

So how do you reinvent a brand, get rid of the negative baggage and polish up that image?

Tidying up the product is always a good place to start. Up to this point the Lada product hasn’t been all that special – dated, ugly etc, etc. The Lada Niva 4×4, for example, remained virtually unchanged for the whole of its 37 year existence. A robust car but definitely not pretty.

British designer Steve Mattin has been given the brief to get rid of the boxy looks that have characterised and cursed the brand in equal measure. And like all forward looking manufacturers trying to get down with the kids, Lada are running a competition for amateur designers to design “the Lada of the future”.

Mattin has worked with Mercedes-Benz and Volvo and now hopes to spearhead a design revolution at Lada akin to the magic Peter Schreyer worked at Kia to transform the Korean carmaker’s brand image.

The 2012 X-Ray concept is a hint of what is to come and from the pictures the boxy look is definitely gone. The styling of the crossover is modern, curvy and with enough swoops and swooshes in the bodywork to convince us that Lada is now taking design seriously.

Hiring a new designer is a good place to start when following in the footsteps of many a car brand looking to start a design revolution and transform brand image.

But a negative brand image is not always the designer’s fault. Car-buyers want expert build quality, reliability and all the technological goodies. It can be pretty on the outside but there needs to be substance too. Being cheap doesn’t always guarantee success in today’s market.

And with Lada jokes on the rounds like “Why is the Lada’s rear window heated. To keep your hands warm while you are pushing it”, proving that might be the biggest challenge if Lada hopes to sell more cars outside the homeland.