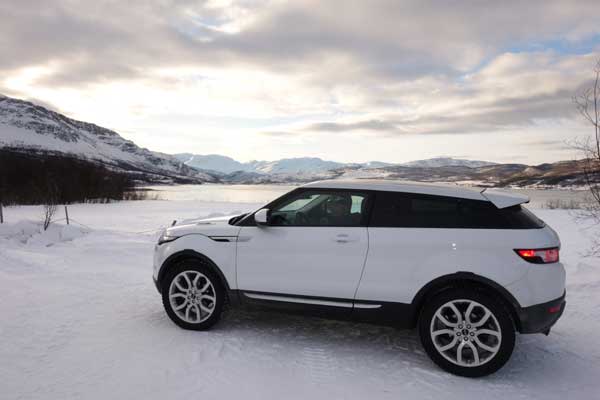 White cars are cool, says Caroline Kidd. But how did they pull themselves back from oblivion to become popular again?

There is something strange happening on our roads. It’s a white car revolution. Out of nowhere the white car has made a return to Irish roads and it has just bagged itself a cool new image.

White car sales have been climbing steadily over the last six years. In this time they have increased eightfold. While they still trail behind the tried and tested trio of black, silver and grey cars the growth in sales is significant and the same pattern of growth has been seen worldwide. According to the 2012 DuPont Automotive Colour Popularity Report, white was the most popular new car colour worldwide in 2012 for the second consecutive year.

So how did white cars become cool again?

In some quarters it is believed that colour popularity is linked to trends in the electronics industry. For example, when silver cars came of age in the early 2000s, it was linked to the popularity of silver as the colour of choice for mobile phones, TVs and other electronic goods.

And then came the iPhone in 2007. Some believe that the availability of a white iPhone, and indeed other Apple products, made white cool again.

It sounds a bit outrageous that the iPhone could be responsible for the rise in popularity of white cars worldwide. But it’s indisputable that over time something amazing has happened to make white cars popular again.

Image has a lot to do with it. The rise in popularity of white cars has coincided with more environmental awareness amongst buyers and car manufacturers alike. White is also losing its boy racer image.

“White was associated with Japanese imports in the late 1990s and hence tended to put people off choosing a new car in white,” says Geraldine Herbert, motoring journalist and www.wheelsforwomen.co.uk founder. “Globally white has had a resurgence in popularity. As cars became greener, it was a way of signalling their environmental credentials, particularly in ads and at Motor shows.”

And it’s true. Manufacturers are lining up the white cars at motor shows and in their publicity materials which is a definite sign that it is cool to be a white car again. They can turn heads when squeaky clean and they are still enough of a novelty on our roads to warrant a second look, be it a hatchback like an Vauxhalll Astra or a Peugeot 208, or an executive saloon like an Audi A4 or BMW 3-Series.

If you want to stand out buy a white car – you won’t be invisible amongst the sea of black, grey and silver ones on our roads.

Would you choose a white car? Leave a comment below and let us know