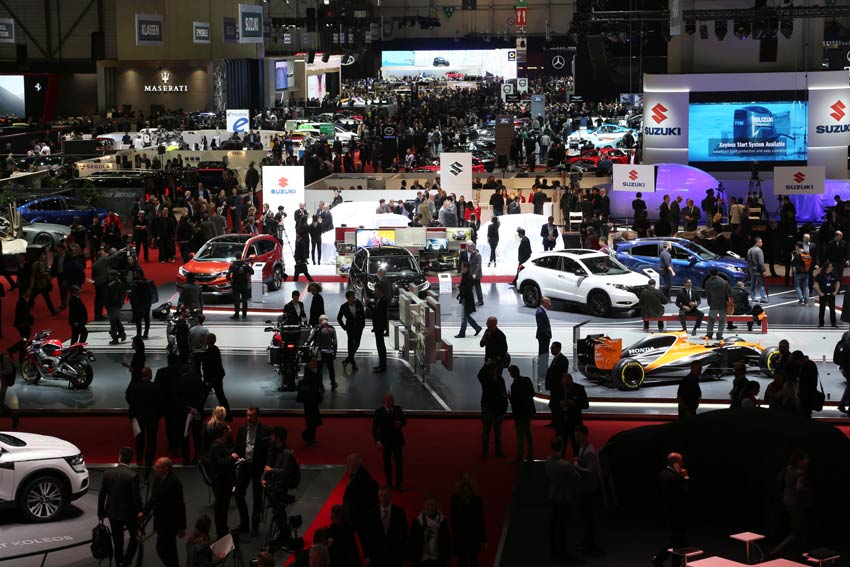 Our Hannah Gordon selects the best cars of the Geneva Motor Show, the biggest international Motor show of the year

Just by the crowds gathered around the McLaren stand you could immediately tell how well the new McLaren 720S was received at Geneva.  The 720S boasts impressive figures to match its equally beautiful styling, a 4.0 litre twin turbo V8 produces 720ps and pushes the McLaren to 60mph in just 2.6 seconds. The top speed is an eye watering 212 mph and the research and testing has resulted in a very aerodynamic car, even the doors have been redesigned and integrated into the roof. Expect prices to be around £208,000. 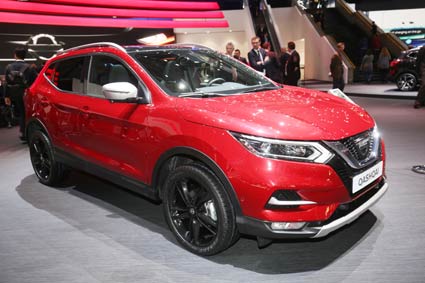 Europe’s best selling crossover has got a new style, the ‘V’ grille design and new headlights help to keep the Qashqai looking fresh. There have been no changes to engine and transmission choices but tweeking of the suspension and damper system help to give a better driving experience. Nissan have concentrated on refinement and better soundproofing should mean a quieter ride for all occupants. Expect the new Nissan Qashqai to be just as popular as recent models when it goes on sale in the summer. 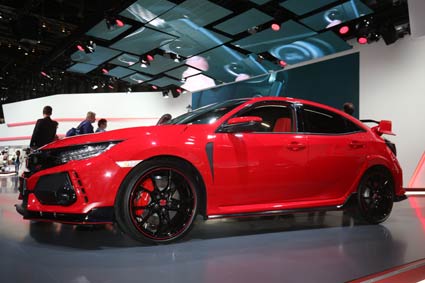 I was a huge fan of the previous Type R so the new model has plenty to live up to. The new Honda Civic has pretty awkward styling but the Type R body extensions help it to look just that little bit better. A 2.0 litre turbo charged VTEC engine produces 316bhp and is paired again with the superb 6-speed manual. The previous model rode extremely hard so Honda have introduced a comfort button to take the harshness away. the interior also gets a spruce up. Expect prices to be similar to the outgoing model. 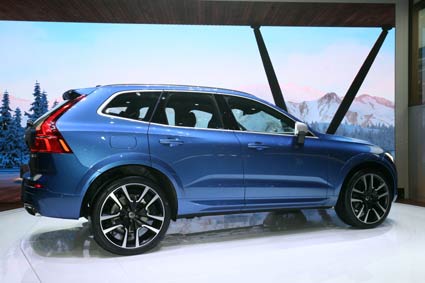 Carrying on from the award winning XC90, Volvo have upgraded the XC60 to include new ‘Thor Hammer’ headlights and portrait style touchscreen just like its big brother. The new XC60 should also include the T8 plug in hybrid in its range. Expect prices to be around £36k when it goes on sale later this year.

The Audi Q8 concept has gained an electric motor, already housing a mighty 3.0 litre, twin turbo V6 petrol Audi have decided to attach an electric motor and take power output up to 462bhp. This very fast SUV is claimed to get to 0-62mph in just 4.7 seconds and have a top speed of 171mph. The impressive statistics don’t stop there though as Audi claim that the range could be over 700 miles. It still remains to be seen whether the Q8 will go into production, but certainly the hybrid tech will be used on other models. 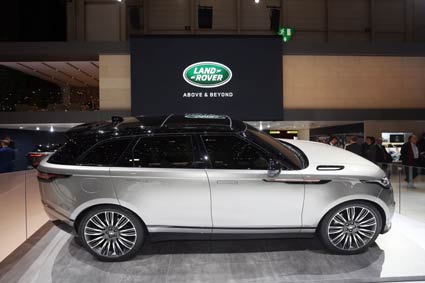 The JLR group can’t seem to do any wrong at the moment and the Range Rover Velar certainly seems to have the winning formula. Sitting nicely in-between the Range Rover Evoque and the Range Rover Sport the Velar fits the gap very nicely. The design has a typically bullish Range Rover front end but a sweeping roof line to the rear separates it from other models. The pop out door handles are also new and give the design a very uncluttered look, expect the Velar to go into direct competition with the Porsche Macan. 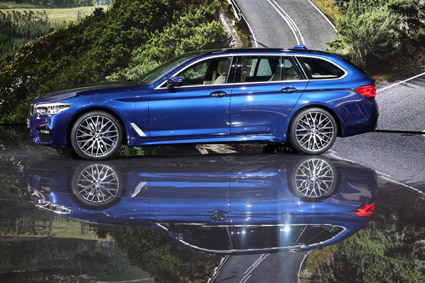 The new BMW 5 Series Touring has grown a bit and the larger dimensions mean that the boot space has increased to 570 litres, or 1700 litres with the seats folded down. The 5 series has also had a bit of makeover with subtle touches to the front end, a superb looking estate car that is sure to be a great success. The range is also available with BMW’s all wheel drive system X-drive  which will mean going head to head with Audi’s Quattro set up. 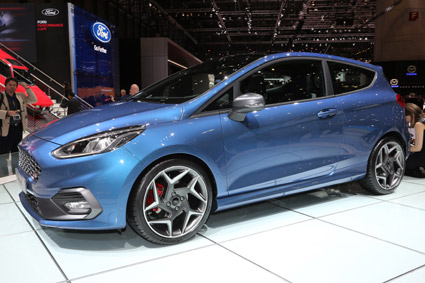 For the first time ever the Fiesta ST is available in 3 and 5 door options having previously only been a 3 door. The hardcore fans may be slightly taken aback by the engine choice however. Ford are incorporating a 1.5 litre turbo petrol which only has 3 cylinders but does produce 200bhp. The engine also features cylinder shut down to aid in better economy figures. The ST goes on sale later this year and is expected to be around £18500.

In partnership with its sister company Nissan, Renault have built the Koleos. The Koleos sits on the same platform as the Nissan X-Trail and also shares engine and transmission choices with the same car. The Renault Koleos will be available with both front wheel or all well drive options. 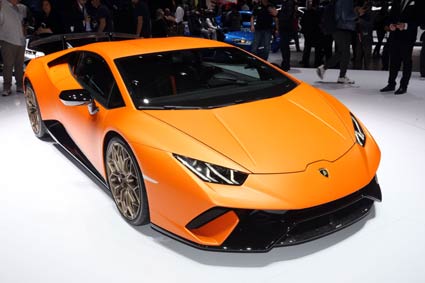 There was huge speculation surrounding the Huracan before Geneva over its extremely quick Nurburgring time and the car drew in big crowds at the show. The Huracan Performante runs a 5.2 litre V10 engine that throws out 631 bhp and gets the car from 0-62mph in a staggering 2.9 seconds. Lamborghini have been busy making this car highly aerodynamic and this includes new body styling with cooling ducts in the bonnet and high mounted exhaust exits. The Huracan is swathed in carbon fibre which reduces weight and the technology of the car produces impressive amounts of downforce.