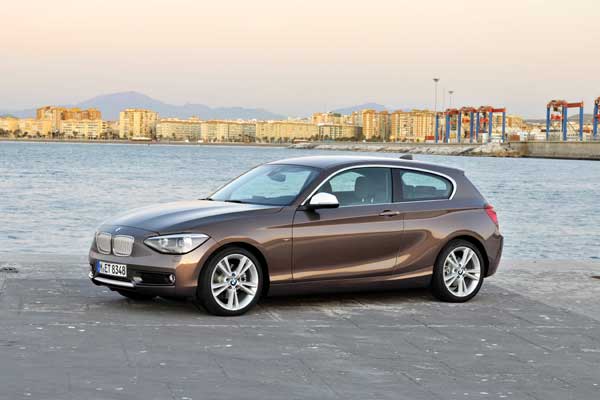 BMW has added a new affordable 114i to their range, but is it as good as its more expensive siblings?

What is it? BMW’s baby Beemer is still one of most impressive hatchbacks on the road and nine years since it was first launched it remains the only rear-wheel drive car in its class. The new version combines economy with some suitably beefy engines.

Who is it aimed at? Not one for those with children; this BMW is one for the single person or couple without kids. If you have yearned for the BMW badge and renowned driving dynamics but without the second mortgage then this may just be the choice for you.

Styling? The 1 series was never the most stylish BMW on the road but a revamp last  year gave it a new look in the front and a tweaking of the rear lights results in a more stylishly contemporary look.

Under the Bonnet? Our test car was the BMW 114i. Normally the 114i would indicate a 1.4 petrol engine but not in this case, under the bonnet is a 1.6-litre four-cylinder petrol engine. With a maximum output of 102bhp it goes from 0 to 60  in a leisurely 11.2 seconds, before reaching a top speed of 121 mph.  Our test car was fitted with a slick six-speed manual transmission.

What’s it like inside? Inside there is an immediate sense of spaciousness and premium quality but it is quite dull interior. Head and leg room is good and the seats are firm but comfortable. As with most three door hatchbacks those in the back are not served as well and tall passengers in particular might feel short-changed for space.

On the Road? This baby BMW is smooth and assured on the road and sweeps you nimbly on your way. Through town it is effortless but it is on back roads through sweeping bends and corners that the 1 series excels, it steers and corners incredibly well. Our test car with the 114i engine does at times feel a little underpowered and you need to work it harder than its bigger siblings but at low speeds and around town the differences are virtually unnoticeable. 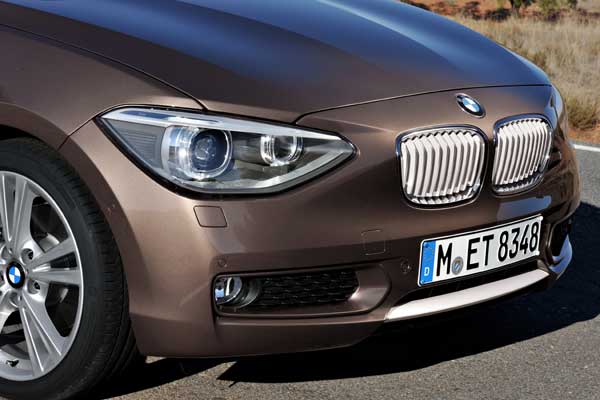 And Safety? The 1 series scored well in Euro NCAP’s crash test gaining the maximum five stars. In addition to the safety “must-have” items there are also a raft of electronic systems to increase safety.

Options? There is a choice of four trims. These are ES, SE, Sport and Urban.

How about Fuel Economy? Average fuel consumption is good, the 1 series consumes 49.6 mpg so it’s the most fuel efficient petrol model in the line up. CO2 emissions of 132g/km grams per kilometres.

Okay so the verdict? BMW’s smallest offering is still one of most impressive hatchbacks on the road. It may be dull inside and out but it is one of the most engaging cars to drive. With the new fuel efficient engines the 1 series offers a supreme blend of performance and economy. The 114i is by no means our pick of the engines; while it may make sense to some buyers we still reckon the frugal diesels are hard to beat.

Why you won’t? laboured performance; Dull exterior and interior