Can a Car Replace a Partner?

Home » Features » Can a Car Replace a Partner? 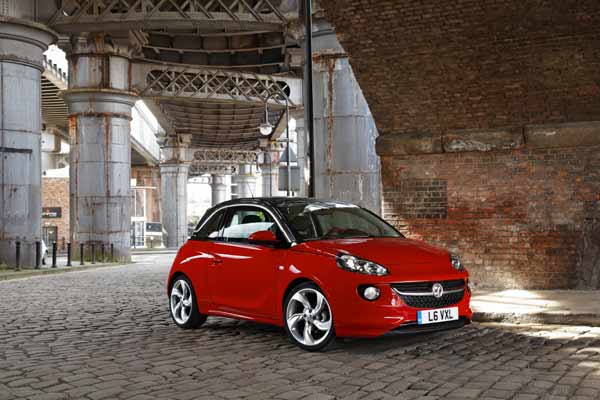 Are you tired of the dating scene? Have you given up on the search for Mr Right? This week Caroline Kidd explains why a car might be the best companion for the 21st century woman

In 2010, American journalist Hanna Rosin published an article in US magazine The Atlantic called The End of Men. The premise of the article was that men were no longer the dominant sex. The article led Rosin to write a book on the same subject with the same apocalyptic title.

The end of men. That’s quite a strong statement. And then last week I came across an advertisement for the new Vauxhall Adam that made me think that maybe men really could become redundant in the future.

The advert features three women, each standing beside an Vauxhall Adam with the caption “What’s your match?” The word match is significant – it belongs to our dating language. A woman might browse a dating website looking for a guy who will complement her personality – the perfect match.

My interpretation of this advert is that choosing an Adam is a bit like choosing a partner. And crucially if the ladies out there are finding it hard on the dating scene then the  Vauxhall Adam might just be the car for you.

Judging by the advertising campaign, the car has been fully transformed into a human (they have given it a man’s name for goodness sake!). Single ladies can rejoice because the Adam is here. And he wants you to take him on. He’s fun, good-looking, and has bags of personality.

Then I started thinking if a car might be a perfect replacement for a man.

Can a car break your heart? Well yes it can. Like for example when your car won’t start light but no faults appear on the ECU.

A car can disappoint you just like a boyfriend. Think about the days when all you wanted to do was go shopping but your car wouldn’t start. Or when you realised that the mpg figures quoted in the car brochure did not translate into the real world and you were left with hefty fuel bills.

But there are merits to choosing a car over a partner that no man can compete with.

Unlike a partner a car can’t answer you back. You will ALWAYS be right. And a car won’t hold a grudge.

A car will only backfire when it’s really sick. Not every time you leave the room.

A car can hold more shopping bags than a man.

A car will always be there for you, parked on your driveway, not down the pub or playing sport.

And let’s not forget that cars don’t snore or steal the duvet.

So are we entering an era where we will see the end of men? Judging by the advances of Adam and his mechanical four- wheeled friends that just might be the case. Impeccable good looks and plenty of options for customisation until it’s the right car just for you – now that’s the perfect partner.

Repair or Replace, when is it time to trade up