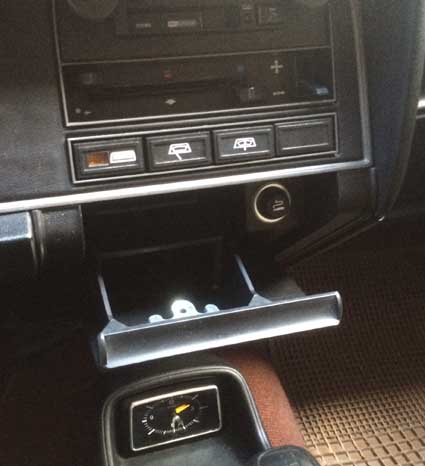 Take a trip down memory lane with ‏ ‏StressFreeCarRental.com‏ ‏’s rundown of car features that only 90s kids will remember. ‏

‏In the 1980s and 1990s, aside from the radio to get your tunes on in the car, you’d have to play cassette tapes. From Bryan Adams to The Beach Boys, childhood memories are made on road trip cassette tapes. Sometimes you’d even need to use a pencil to rewind the cassette. Much better than fingertips.‏

‏If you were lucky enough to have a new model car in the 1990s, then you will have had a car stereo that plays ‘compact discs’ or CDs. Partial to the occasional scratch, and often very noisy, CD’s allowed 90s kids to be in charge of the album choice. Many parents would detach the front of the stereo and bring it into the house to prevent theft.

‏We have now waved goodbye to the inbuilt cigarette lighter. This is probably for the best as you’d press a button and a glowing hot piece of metal would pop up, ready to light a cigarette. Not the safest to handle while driving ‏Along with the cigarette lighter was the ashtray, but more often than not this was used for spare pennies.‏

‏In older models of cars, there weren’t electronic windows like we’re used to today. Kids in years gone by had to crank the window up and down with brute strength

‏Whilst still available to buy and used by many Brits, cars today have more sophisticated security systems. 90s kids will all have experienced wheel locks either by their own parents, or that uncle who pulled out the big yellow deterrent at every family gathering. ‏

‏Sweating in the back and rolling down windows might be a familiar memory to many, as cars typically wouldn’t have had air conditioning. On long journeys, chocolatey snacks needed to be eaten first as the car soon turned swelteringly hot with no air con.