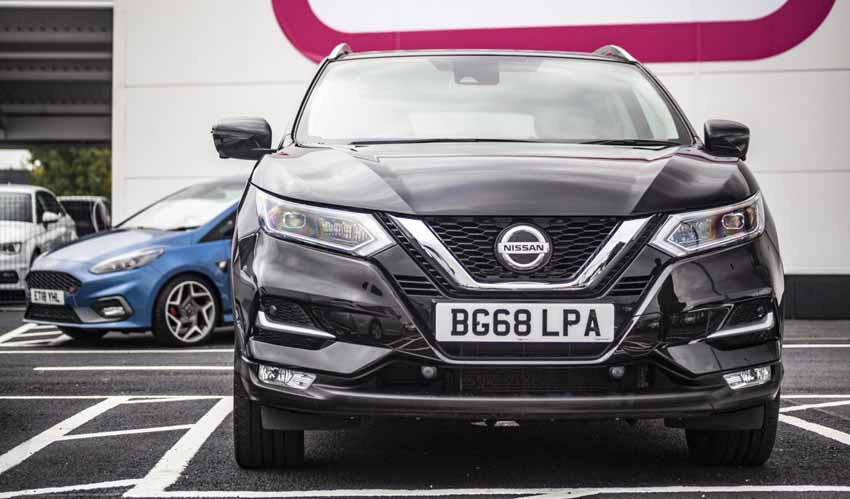 New data released by CarShop has revealed how trade-in prices for some cars have increased by almost a third this summer (June – August) due to increased customer demand.

The UK’s leading used car retailer has seen another busy summer with customers choosing hatchbacks, larger estates, and sports cars due to having more disposable income to spend with foreign holidays off the cards for many. The retailer also believes that its customers are spending more, or buying an extra family car, as they are still cautious about travelling by public transport.

This is good news for the owners of some of the most sought-after models, with trade-in prices higher than ever before. And now the retailer is urging consumers to take advantage of this and cash in while the time is right.
For example, CarShop’s in-house team of analysts recently found that, during this Summer alone (June 2021 – August 2021), the average trade-in price of their most popular models has increased dramatically. This includes the Mini Hatchback, which is one of CarShop’s ten most popular cars for 2021. In just that three-month time period, the value of this sporty run-around increased by 29% meaning that people who sold this car in August could have made an average of £2,825 extra compared to if they had sold a few months earlier.

Larger vehicles are also in particular demand, with the trade-in price of a BMW X1 Estate increasing by 12% between the months of June and August, meaning car owners who sold in August could have made an average of £2,300 more than those who sold in June, and the value of a Ford Kuga Estate increasing by 16% (equaling an average of £1,950 extra earnt)  And finally, more stylish and sporty models like the Vauxhall Insignia Grand Sport have also seen a boost with its average trade-in price increasing by 19% between June and August, reflecting an average rise of £1,979.

To help consumers know which makes and models are in the highest demand right now, CarShop has announced the results of its latest consumer buying trends survey which collects sales data spanning from 1st January to 31st August 2021. This new data has revealed the most popular used car makes and models of 2021 so far.

Overall, the ever-popular Ford Fiesta continues to be CarShop’s number one best-seller, with sales up almost 4% so far this year. People who own a Nissan Qashqai, Mercedes A Class, Volkswagen Golf or BMW 1 Series will be also pleased to know they should have no problems trading in their old car, with all four cars making CarShop’s list of top five sellers. The data also shows a significant boost for BMW, which now accounts for one in ten of the cars CarShop sells UK-wide. Demand for this make is especially strong in the South East –with the BMW 1 Series being CarShop’s most popular used car in the region. However, regional variations include additions like the Mercedes C Class which was the best-selling model in both London and the West Midlands.

Nigel Hurley, CEO of CarShop says “If you’ve been thinking about selling your car, then now is 100% the time to do it. Demand is surging across the whole market, meaning you’ll get more for your money for your motor now than ever before – a difference of over a thousand pounds in some cases.

“This is the case for cars of all makes, ages, mileages, conditions and features, but it’s larger estate, SUVs and sports cars that are in particular demand – along with the all-time favourite Mini Hatchback.” “At CarShop, we’ve got a huge team of experts working day in, day out, to analyse the market fluctuations and accurately assess the value of cars we buy from consumers outright and through part-exchanges. This means customers can trust us to give them the very best price for their car if they decide to sell or part-exchange with us.”

Repair or Replace, when is it time to trade up

Suzuki Celerio is the cheapest city car to run