Car service offers transport and companionship to the elderly 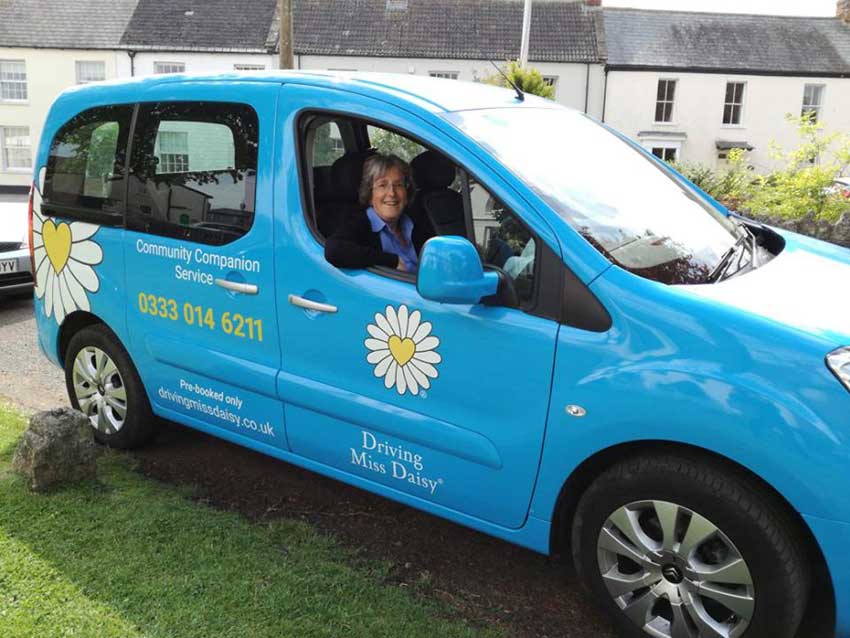 The brand’ motto is ‘We’re family, when family can’t be there’ and they transport the elderly, disabled, children and even pets!

Launched in the UK in 2014 Driving Miss Daisy has already marked its 30th franchise.  Synonymous with and inspired by the Academy Award winning film, which featured Morgan Freeman as a driver for his elderly client, the Driving Miss Daisy idea originated in Canada with just a single vehicle, now developing in to a global franchise.

UK Founder, Paul Nuth says “I’m delighted that Driving Miss Daisy has celebrated its thirtieth UK franchise.  We’ve transported children, the elderly and even pets, as our spacious cars can accommodate pushchairs, wheelchairs and even folding mobility scooters.  All of our drivers are qualified first aiders and we are presently engaging in dementia and alzheimer’s awareness courses.”

One of the key reasons behind why Driving Miss Daisy has been so well received by the elderly and those that care for them, is that their companion drivers give clients back their independence in a reliable, safe and secure environment. The ethos behind their service is ‘We’re family when family can’t be there’ which is invaluable in the UK’s current overstretched climate.

Their fleet of specialist vehicles are adorned with the brand’s daisy symbol and the drivers are affectionately known as ‘Daisies’.  With franchises ranging from the North of the UK, right down to the South coast, Driving Miss Daisy have gained numerous glowing testimonies to their trusted service. Paul goes on to say “So many families have grown to trust the service with their loved ones, knowing we will go the extra mile.”

Just like the 1989 film, which received critical acclaim for its portrayal of a working relationship built on trust, the Driving Miss Daisy brand enables people in their local communities to lead more fulfilling lives, through the provision of companionship, transport and social engagement.  With the Alzheimer’s Organisation predicting that the number of people with dementia in the UK is forecast to increase to over 1 million by 2025 (as a worst case scenario) and with 40% of people suffering not living as well as they could, Driving Miss Daisy continues to work towards bridging this chasm by changing clients’ lives through the bespoke tailored services they offer.