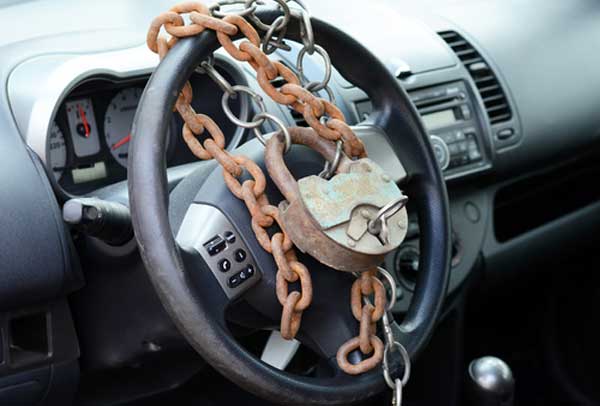 You’ve spent years saving up, months deciding and finally you decide to go for the latest Range Rover as your pride and joy to encourage envious eyes with every neighbour down your street. But this huge investment could literally disappear right in front of your eyes, why, because prestige vehicles with keyless ignition are becoming the latest hot steal for crooks.

As technology has progressed so has the fancy ways we can open and drive our car, but we may have just played into the criminals hands, manufacturers have developed the keyless ignition system where a vehicle doesn’t have the normal metal key design, instead a fob can either be used as a key or just be present in the vehicle for it to be started.

In the news at the moment are Audi, BMW and Land Rover for using this exact technology. An investigation recently completed by The Guardian newspaper found that in around 6 months 300 Range Rovers and 63 BMW’s had been stolen in this way, a worrying trend taking into account how much these vehicles are to buy.

So how are these criminals able to get away with such a heist; keys for these vehicles are easily obtainable, once these have been sought then reprogramming them to open and start the vehicle can take as little as 10 seconds, one blink and your BMW could be heading to the nearest docks and aboard a container travelling to Europe, before you now it the tracker has been removed and you won’t be getting the car back. The problem is that a European ruling states that manufacturers have to allow other companies to access there vehicles computer, this is called a ‘Block Exemption’ and means it can open the vehicle up to all kinds of reprogramming techniques that criminals have taken advantage of.

Possibly up until now this article sounds like something from a Hollywood film involving complex computers and deciphering skills to equal the Da Vinci code but the equipment needed to do this can be obtained for as little as £50.

And its not just the cities that are being targeted, although London is where the majority of thefts occur, my friends dad had two BMW 5 series stolen off the driveway in a rural town and another friend had a brand new Range Rover Autobiography worth £90,000 found at Tilbury docks awaiting transportation.

If you’re unlucky enough to have your vehicle stolen in this way the chances of seeing it again are minimal, experienced gangs are stripping prestige cars with high trim levels down to sell as parts all across the world, many cars configured in the UK are done to a high spec and these high spec parts can often be hard to get hold of across eastern Europe. Demand for these prestige cars is certainly feeding the criminals pockets.

There is also the risk of higher insurance premiums for these cars, back in the day when a VW Gold GTi was the most stolen vehicle, commanding insurance premiums to mirror this it could now be the BMW’s and Land Rovers of this world that become ‘un-insurable.’

Land Rover state that they are always looking to improve the security of there cars, hopefully they can stay one step ahead of the criminal world.

Owners of these prestige vehicles may want to protect there asset further by using steering locks or other aftermarket security cut off devices.

And so what is the answer, could we soon be seeing retina or fingerprint scanning to start cars, its certainly a possibility. The more science and technology moves on the more we have to be aware of a new cyber attack on our vehicles. Manufacturers need to take responsibility of these threats and ensure the vehicles coming off there forecourts actually end up on the owners driveways and not on a container ship. Or we could just go back to the old fashioned key and immobiliser.