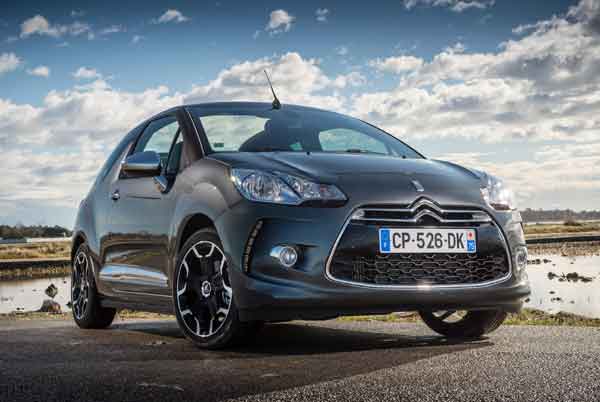 Just arrived in the UK, we drive the gorgeous Citroen DS3 Cabrio

I’ve wanted to get behind the wheel of the Citroen DS3 Cabrio ever since the Paris Motor Show when Citroen unveiled the latest member of the DS family. It’s impossible to resist the lure of open-top motoring. Our summers may be unpredictable and our vitamin D intakes brief, but nothing comes closer to instant glamour and sex appeal than driving an open-topped car.

Three years ago Citroen revived the DS nameplate and, while car historians and purists may have raised more than an eyebrow, Citroen turned a back catalogue of quirky designs and a Fifties icon into a 21st Century brand.

At the centre of the DS revival is the DS3, a car that captures the modernity and distinctive DNA of that era. It has turned heads and changed hearts and introduced a whole new generation to Citroen, with more than 200,000 sold worldwide, including more than 36,000 registered in the UK alone

DS3 Cabrio has just arrived in the UK and comes with a choice of three refined and efficient Euro V petrol engines – VTi 82, VTi 120 and THP 155. The VTi engines are mated with 5-speed manual gearboxes and the THP 155 is twinned with a 6-speed manual transmission. Fuel economy is up to 57.6mpg on a combined cycle, with CO2 emissions from just 112g/km.

Our test car was the range-topping THP 155 model and on the road, the Cabrio proves every bit as impressive as its alluring looks suggest and is just as nimble as its roofed counterpart. It delivers a fun drive off set with an appealing, sporty exhaust note. There is plenty of power at low revs, the steering is sharp and the suspension firm. The DS3 can be tossed into corners with confidence but remains surefooted on rougher surfaces.

On the exterior there are some gorgeous styling details, including 3D rectangle-shaped LED rear lights, inspired by recent Citroen concept cars and incorporating an embossed black DS logo.

The interior is typical DS3, high quality and very stylish with a delicate balance of retro chic and modern chrome. White LED lighting adorns the controls for the roof and the air vent, gear stick knob and dashboard strip are all colour coded to match the exterior paint work.

The Cabrio is also practical with virtually the same amount of occupant space as the hatchback. The boot at 245 litres is cavernous compared with rivals such as the Mini Convertible or Fiat’s 500C, but actual access to the space is quite restricted. 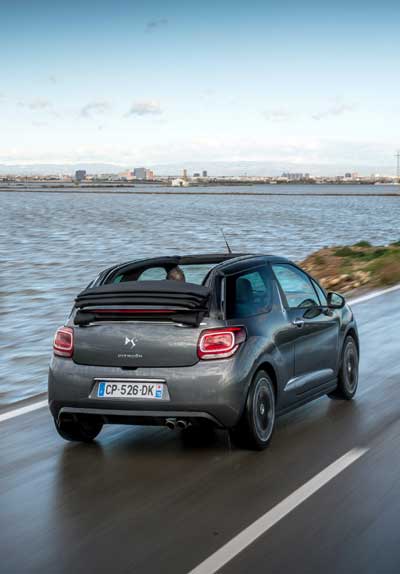 The only five-seater in the segment

The roof is simplicity itself and peels back at the touch of a switch to open like a sunroof. It can be set to one of three positions, intermediate, horizontal and total. The entire roof folds down in a mere 16 seconds and Citroen claims it can be operated at speeds of up to 124kmh, perfect for those sudden downpours.

Options for personalisation include three different roofs decals and nine alloy wheel designs, along with a choice of colours and trims. Three signature trim levels – DSign, DStyle & DSport – are available starting at £15,045 for the VTi 82 DSign rising to £19,675 for the THP 155 DSport.

At the Shanghai Motor Show next April, Citroen will unveil three additions to the DS line and effectively double its current offering, including a saloon, compact SUV and a large executive model.

Cabrios are an indulgence and while there are great cars similarly priced on the market today that have comparable power, space and versatility but none will offer you the sophistication and joie de vivre of the Citroen DS3 Cabrio.