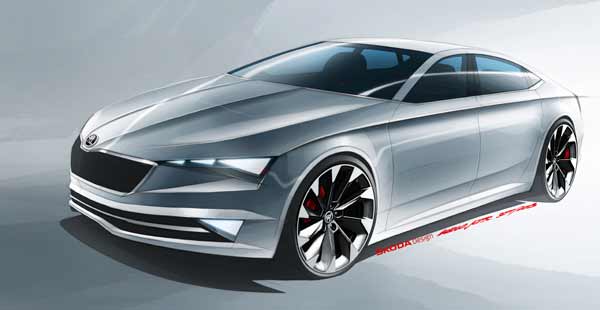 There will be a host of concepts cars on show at the Geneva Motor Show next month. We explain what it takes to make a concept car splash at one of the most important motoring shows of the year.

Concepts are good for generating a bit of buzz around a brand and getting people talking (and gawping). It’s a chance for designers to get very creative at the drawing board. From the teaser images released before the show, the class of Geneva 2014 will not disappoint.

Carmakers are falling over themselves to show off their efforts to save the planet. At motor shows these days the eco-friendly car is definitely a must have on your stand.

Concepts usually get very ambiguous names that don’t really mean much. But then the odd one comes along that breaks the status quo who will it be this year?

It’s true that while many concept cars will only ever be a one-off and will not reach production, they can ‘influence’ other cars in the range. Skoda will be showing their new VisionC Concept at Geneva and they say that it is a preview of the next generation of cars from Skoda.

Concept cars are a great way to show off the next generation of in-car technology.  Switzerland-based design house Rinspeed  will reveal the XchangE concept, their take on what the inside of a driverless car might look like. Since the driver will be reduced to a passenger, Rinspeed says significant changes are needed in the cabin to make full use of the time gained by the former driver. Inside their concept cabin there are panoramic screens that allow you to watch films or even teleconference with the office

Wacky looks and futuristic kit will get attention but what’s under the bonnet? There will always be space at a motor show for good, old-fashioned power.