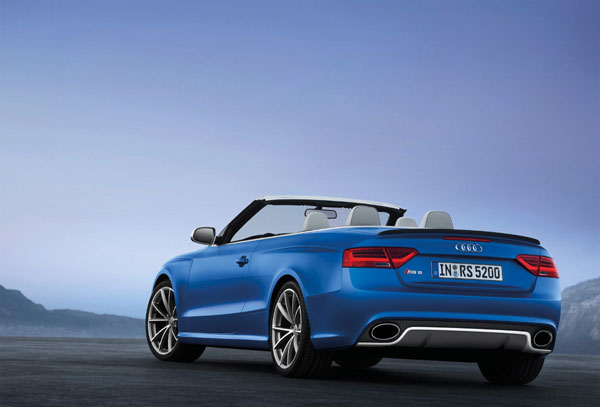 Convertibles are the epitome of cool writes Geraldine Herbert

On a sunny day nothing comes closer to instant glamour and sex appeal than driving an open-topped car. When a curvaceous, red convertible nudges up to you in bumper-to-bumper traffic the appeal is instant.

Convertibles are the very epitome of cool, whether petite, practical, old or new they are certainly one of the most glamorous ways to beat the summer heat and more and more of us are opting for style rather than boot space.

“I just love the feeling of the very rare Irish sun on your face” says Suzanne Sheridan and proud owner of a 2007 BMW 630i “I have to admit for me, the roof only comes down in good weather but it is nice driving into work on those cold but sunny autumn mornings, you just need to put on your heated seats”

And Suzanne is not alone, this summer; people all over the country will be hitting the roads with their tops down.

“I’d always loved the look of the SLKs and I made it my goal to work hard enough to be able to afford one” says Charlotte Ashton PR manager, who last year purchased a 2004 Mercedes Benz SLK her first convertible.

After years of driving ordinary cars, Charlotte is now a devout disciple of the convertible and has no plans of going back.

“At the first glimpse of some rays, the roof is down”

Like many convertible owners, Charlotte and Suzanne fall within the largest convertible-buying demographic. Females are a third more likely to drive convertibles than men and are the targets of many clever marketing ploys in a bid to turn win their affections.

Melanie Morris, a Magazine Editor, admits to being a marketer’s dream and only chose her BMW Z4 “having been loaned a similar model by BMW’s canny PR department as a trial”. Despite the allure the reality of convertible driving may be more Bridget Jones than Grace Kelly “birds nest hair, watering mascara eyes, sunburn on the forehead and nose.” Says Melanie “are the reality”.

But for Mags Reynolds one of the many women who purchase convertibles, “It’s just fun.”

“ I picked a convertible because my previous car had been a Peugeot 205cc with a hard top “ says Mags who drives a 2007 sapphire blue MX5 with metal folding roof “I adored it and was “hooked” and just could not contemplate going back to a regular car, even one with a sun roof”

“Best thing about driving a convertible is the absolute joy of having the open sky above, even being stopped under trees draws the eyes upwards and you feel much more connected with your surroundings”

These days almost every car maker has one in the family, ranging from tiny two-seat roadsters to the larger more practical four seaters.  Inside convertibles are also safer places to be thanks to fixed or pop-up roll bars and front and side airbags.

Hard-tops convertibles offer the best of both worlds with the solid roof of a coupe that can be folded away into the boot. The only compromise is added weight and sometimes even less boot space than with a soft top.

Still it doesn’t stop convertibles being used for a host of activities.

“There are very few limitations I’ve hit with my car and I do a lot of adventure sports – diving, biking, climbing in very remote locations and in all sorts of crazy weather” says Michelle Clarke, an IT Professional and owner of a Beetle Convertible “I can put diving tanks in the back and I have an external bicycle mount that works great. The one thing I can’t do is attach a surfboard to the soft top!”

It’s not only women who are great optimists; men too are buyers of convertibles.  Who can forget the immortal image of James Dean leaning against his sleek silver Porsche 550 Spyder?

Ryan Burke, a petrol head and car addict drives a MGF VVC. “Apart from it being fantastic value, it is mid-engined and great to drive”.

“When you’re stuck in traffic jams on a daily basis, driving can become more like a chore than anything else so there’s something great about being able to put the roof down and head off for a drive just for the fun of it”

For Brendan McCoy , an IT Consultant , convertibles have been a lifelong passion.

McCoy drives around in his Mazda MX5 roof down all year round.

He does however recommend “Unless you have a Jaguar or a Porsche convertible then there are the dreaded ‘hair dresser’ associations its best to have some AC/DC on the stereo”.

And some convertible are more hard core than others. Will Baxter a brand consultant, with a background in transport design, drives a Toniq R, a kitcar powered by a 2 litre Ford Mondeo engine “It doesn’t even have a windscreen let alone a roof, so I have to wear a full face motorcycle helmet to drive it “ says Will.

But maybe the love of convertibles is all in genes. “My favourite co-driver is my 93 year old Grandmother” says Will “”She’s the only passenger who’s refused to wear a helmet. A fan of convertibles as well, owning a Fiat Spider in the 1960’s. So maybe risk taking and convertibles are in the blood”.

Everyone should own a convertible at least once in their lives. Nothing beats the feeling of open top driving but wind-in-your-hair driving only appeals to about one per cent of new car buyers so second hand cars are not abundant. If you decide to indulge take the time to choose the right car for you. Check the roof goes up and down smoothly but most importantly, talk to your insurance company first. Then drive it as much as possible year round and have fun!

Tips for Buying a Used Convertible