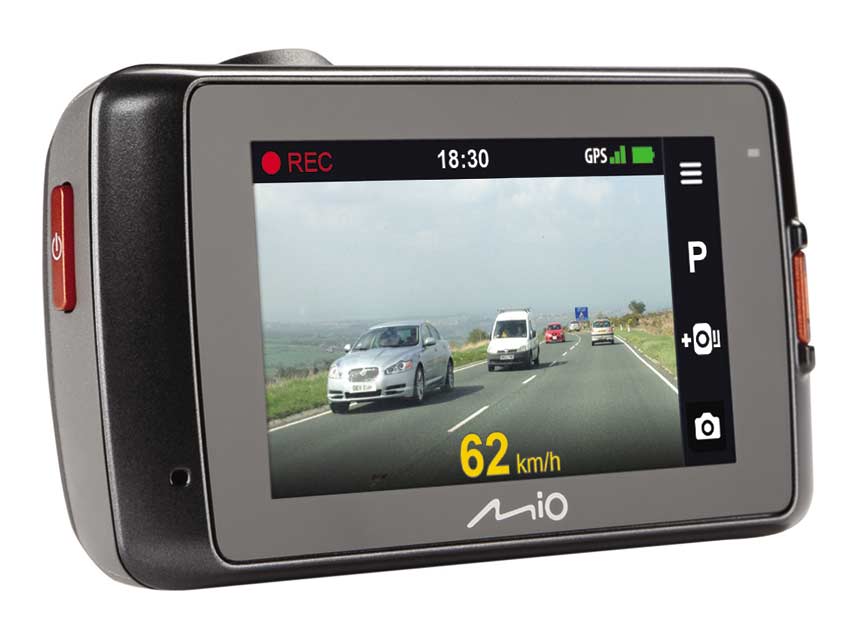 Dash cams are increasing in popularity with many looking for that extra piece of mind whilst on the roads. Hannah Gordon checks out the  Mio MiVue 688

Dash cameras are enjoying a monumental rise in popularity in the last couple of years with many drivers now relying on them for crash investigation footage, myself being one of them. This rise has been down to the ‘crash for cash’ culture now littering the roads but now the driver is fighting back, footage captured on these nifty recording devices can help to prove fault in a crash or to identify a potential theft on your vehicle.

I have been testing the Mio MiVue 688 which comes in a compact size suitable for attaching behind the rear view mirror and out of sight. The 2.7 inch screen picks up every detail of the road in 1080 Full HD recording at 30 frames per second, although this isn’t the best on the market it is certainly fit for purpose. The Sony optical sensor ensure great quality recording especially in low level lighting and at night, it also has a scope of 140 degrees wide that allows much more of the scenery to be captured.

The MiVue 688 integrates a GPS system which tracks the route you take including altitude, speed, longitude and latitude, all extremely useful should you need to look over footage for an incident. Free updates for the camera are available monthly and help you keep on top of any recent speed cameras, the helpful speed camera countdown lets you know by an audible bleep when a speed camera is coming up and if you are over the speed limit. But beware, this system cannot pick up mobile speed cameras.

Other systems available on the 688 are a Lane Departure Warning System, Headlight Reminder, Driver Fatigue Alert and Forward Collision Warning System that can all be accessed via the main menu and switched on or off. Dash Cameras have become so advanced they now contain a Parking mode, this means that even when the car ignition is off it will still record movement around the vehicle whether its vandalism or a crash. To enable Parking mode to be used a constant power supply needs to be bought separately.

Another great feature of the MiVue 688 is the 3-Axis G-Sensor which automatically records changes in acceleration, sharp turns and impacts. Footage is easy to view whether its done on the camera itself or uploaded onto the computer using the MiVue manager which also allows videos to be uploaded to Facebook and You Tube.

The dash camera for me gives me piece of mind on the roads, and when insurance premiums rise yearly and No Claims is an important part of keeping costs down it helps to have evidence should the worse happen. Some insurance companies will even give you a discount on your premium should you have a camera installed. The Mio MiVue has decent graphics, is extremely easy to install and offers some great safety features. With so many dash cameras available its hard to stay at the top with technology ever changing and now with Super HD boasting 1296p on many cameras the 688 has already fallen behind.

– Easy to install and use

– Slightly more expensive than some rivals

– No Wifi capability or online app.

Review of the Dyson DC58

Winter Solstice – The Longest Night of the Year