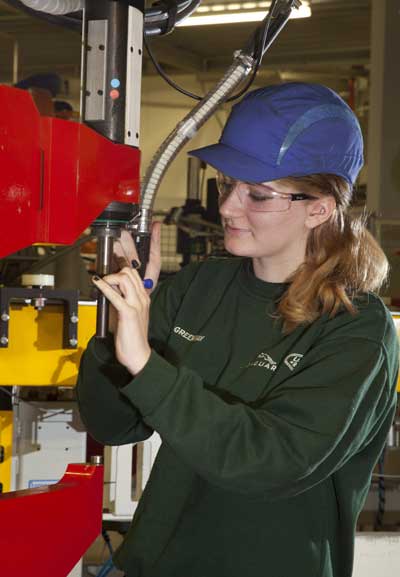 If 75% of women, according to a recent survey, feel misunderstood by the car industry is it down to bad car design or something more, Geraldine Herbert asks.

One of Britain’s most powerful global motor industry figures believes that women are still being ignored by car designers despite the huge increase in their purchasing power.

According to Mr Palmer, the executive vice-president of Nissan, the issue is the lack of women involved in the engineering of cars and the design. There is a need to train more women engineers to design and create the ‘female-friendly cars of the future. Astonishingly he suggests that if we reduced the number of hairdressing courses more women would be attracted to engineering?

He said: ‘We need fewer hairdressing courses and more job creation based around those from a technology and mathematical background.!

While I share some of Mr Palmer’s sentiments he seems to be missing the point. I have met more than a few hairdressers in my time but I never met one whose second option was engineering, the old hairdressing or engineering dilemma doesn’t ring true.

Over half of the women surveyed globally were unhappy with their cars and almost 75% felt misunderstood by the car industry. According to Ford, who recently set up a Women’s Product Panel, engineers don’t appreciate how airconditioning affects a woman’s sandalled feet. Or that diamond rings can scratch the car door lacquer or how easy is it to get in the car when wearing a tight skirt?  Seriously who are these open toed high healed diamond wearing women that Ford are designing for?

While ergonomics of seats and the lack of storage space in cars is an issue, it is one that faces both males and females. A well designed car will work for any driver. The increase in adjustable seats and steering wheels goes far to addressing these problems.

Following the stereotypes is not the way to market cars to women. In the current economic climate a cheap to run and safe car is probably a requirement shared by both sexes. It is far more likely that stage of life is a more crucial factor when choosing a car.

The real issue is why 75% of women feel misunderstood by the car industry. The car industry is a very male dominated industry and one that does little to address women either through advertising or marketing efforts.

When was the last time you saw a women behind the wheel in a car advert? if you did you can guarantee it was a city car or an MPV featuring some stressed  mom dutifully carting her kids to school.

We need women in every area of motoring from the showrooms to the design studies. More women writing about cars, more women appearing in car adverts as the driver NOT the passenger, less women featured in car ads as adornment, and more women involved in car sales and mechanics.

According to Kia designer Peter Schreyer, who also designed the Audi TT, he has never designed a car for a women instead he designs cars that have an emotional appeal. He wants a car that resonates with people. “You want to be in that car whether you’re a man or a woman”.

For an industry that has largely ignored women for decades to now stress the need to accommodate our high heels and diamond rings seems at best lazy and at worst patronising.

What do you think? leave a comment below and let us know