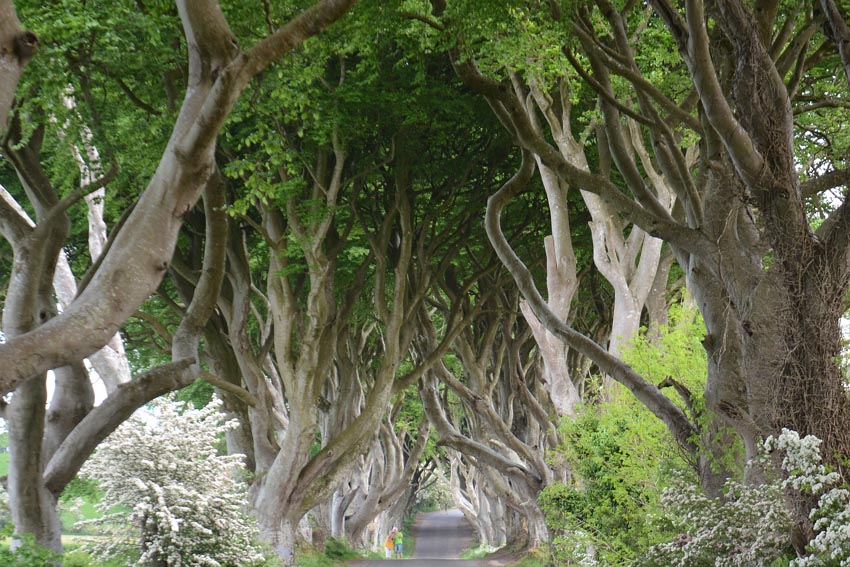 LeaseCar.uk  have researched and revealed eight of the most remarkable sights and locations in England, Scotland, Wales and Northern Ireland

1. Loch Awe, Scotland
Located 94 miles from Glasgow is the country’s third largest freshwater loch. Between the various castle ruins, and the world-class trout fishing, Loch Awe really does live up to its name. Stretching 25 miles through glorious Highland landscape, it’s a sight to behold as you travel along the shore – but take time to stop to experience so much more. The mountains and glens that surround Loch Awe offer epic walking and cycling, or you can discover rivers, waterfalls, moorland and forest as you traverse this hugely diverse landscape.

2. The Dark Hedges, Northern Ireland
Intended as a compelling landscape feature to impress visitors to the Stuart family’s Georgian mansion, two centuries later, this beautiful avenue of beech trees remains a captivating sight and is in fact one of the most photographed natural phenomena in Northern Ireland. Note than the road is pedestrianised only and no vehicles are allowed, but you can park nearby.

3. Avebury Stone Circle, Wiltshire, England
One of the greatest marvels of prehistoric Britain, Avebury henge and stone circles were built during the Neolithic period, roughly between 2850 BC and 2200 BC, and feature the largest stone circle in Britain – originally of about 100 stones – which in turn encloses two smaller stone circles. Unlike at the perhaps more well-known Stonehenge, at Avebury you can actually wander among the standing stones. This stone circle is also particularly unusual for the fact that it is the only one with a village built within it.

4. St Michael’s Mount, Cornwall, England
Located off the coast of Mount Bay is one of the few tidal islands in the UK that visitors can actually walk to – but the island is only accessible this way during low tide. This small, unassuming island has a rich history ranging from famous religious visions to strategic wartime capture. It’s also the source of the fairy-tale ‘Jack the Giant Killer’, as it was rumoured a giant lived on the island before a plucky local named Jack slew him.

5. Black Rocks, Derbyshire, England
The Black Rocks is a small outcrop of natural gritstone, between Cromford and Wirksworth in the Derbyshire Peak District. The short, but steep climb up from the car park is rewarded with superb views, and from here you can access beautiful and varied countryside, including the High Peak Trail.

7. Wistman’s Wood, Devon, England
This amazing woodland, which takes its name from a small oak wood, looks like something taken straight from a fairy-tale. Ramble the easy ¼-mile walk on a waymarked path from the Two Bridges Hotel and creep beneath the trees’ lichen-covered boughs that have remained unspoiled for hundreds of years. Legend has it that Wistman’s Wood was a sacred grove of the Druid’s and it was here that they held their pagan rituals.

8. Thornton-le-Dale, Yorkshire, England
Often described as being the world’s most picturesque village, Thornton-le-Dale is everything you could want from a quintessential English village. With its olde worlde charm and scenic surroundings, its easy to see why visitors and residents have voted it the prettiest in Yorkshire – on more than one occasion. Nestled on the southern edge of the North Yorkshire Moors, it’s the perfect location for a day visit or holiday.