Is your engine a ticking time bomb?

Home » Features » Is your engine a ticking time bomb? 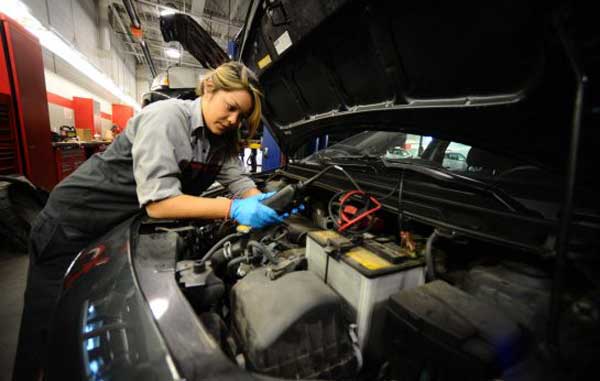 Hannah Gordon, our resident Mechanic, explains some of the common issues that can arise from the 1.6 PSA engine

Working in the repair industry you get to see all kinds of problems arise, some are one offs others are too common to list as just a rare fault. The 1.6 PSA engines is one of the most problematic engines I have worked on  in a long time.

This engine is fitted to some of the most popular cars  on the roads today including Citroen, Mazda, Ford, Mini, Peugeot and Volvo. This engine introduced in 2004 has a major problem with oil sludge accumulation that inevitably ruins components such as Turbos, a very expensive repair that seems hard to avoid.

You may now be pondering as to whether your trusty four wheeled diesel vehicle sitting on the driveway could be the money pit your dreading, there are a few tell tale signs that could indicate that the engine isn’t in its finest fettle including noise from the turbo, this could be just be a slight whine to total disintegration inside resembling metal in a food mixer. Oil pipes could also show the build up of oil and carbon inside them. With the PSA engine its crucial that the car is serviced regularly and using the correct grade oil, but even then I have seen cases of vehicle with exemplary service history still have this problem.

So the car has developed a turbo fault, the turbo is ideally situated at the top of the engine, sitting directly in the middle, you’re thinking great, not much labour charge and fitting a new turbo will solve all my problems. Well in the words of the quiz show Family Fortunes uh uh, the turbo manufacturers recommendations when fitting the turbo are mind boggling and time consuming. Due to the potential damage to the engine they recommend parts of the engine are removed and cleaned, new longer oil return pipe and after fitting the turbo the car is to be driven 20-30 miles then returned for new filter and oil. And after all of this some turbo manufacturers won’t even warranty the new turbo, some suppliers even recommend that the engine is either ultrasonically cleaned or professionally rebuilt.

As a mechanic its always difficult to speak to the customer and explain the whole rigmarole involved with this problem, but the “talk” is becoming ever so more common. And what chance do consumers have when expensive jobs such as turbo replacements can’t be warranted. By fitting a turbo to a contaminated engine you’re almost guaranteeing the vehicle will return sooner than expected with an owner ready to turn the air blue.

So lets conclude this dissection of the 1.6 litre diesel PSA engine with a few words of advice, first being make sure its serviced regularly, definitely no longer than 10,000 miles and include an engine flush with that service. Ensure the correct grade of oil is used (5w30 Fully Synthetic) and be mindful of any noises coming from the turbo. Once turbo or other oil dependent components have failed be prepared for a possible engine rebuild and an instant removal of funds from your bank account.

If you are thinking of buying a car that has the 1.6 litre Diesel PSA engine firstly make sure that the service history is complete, make rue the intervals are not too far apart, take someone with you who has a mechanical knowledge and who can listen from any noises that may be coming from the turbo. And lastly see if the turbo has been changed, this would indicate that the engine has probably got residual oil sludge and could easily blow another turbo quicker than expected.

I could list all the cars that have this particular engine but I would take up too much website space, but some of the most popular cars on the road at the moment including Ford Fiesta and Focus, Mini One, Peugeot 207 and the Citroen C3 all have this engine.

For a full list of vehicles that have this engine fitted go to http://en.m.wikipedia.org/wiki/Ford_DLD_engine