Family-proofing cars is a serious business for Ford

Home » Features » Family-proofing cars is a serious business for Ford 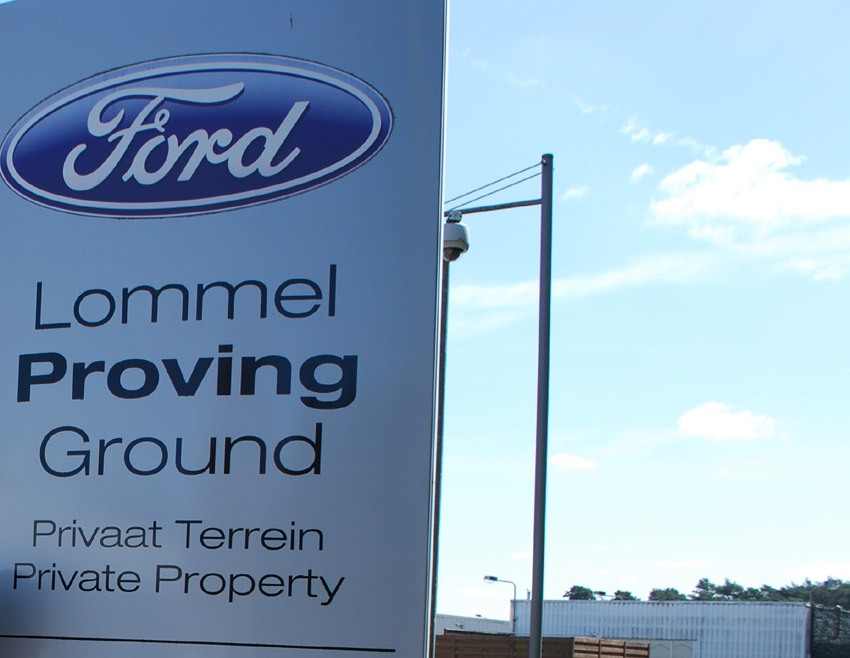 An hour north of Brussels is Lommel, Ford’s proving ground where they have been rigorously testing vehicles since 1965.

I am here to see first hand how the Ford’s new C Max is tested to the limit and experience just how they ensure their new cars are life-proof!

Durability, corrosion, performance, braking and handling are all tested to the limit; that their test drivers are only allowed to drive for 4 hours during each shift for health and safety reasons is a testament to the severity.

The track at Lommel replicates road surfaces from all over the globe – including gravel tracks, dirt roads, cobbled streets and a muddy off-road route along with hazards such as man holes, railway tracks and kerbs. It has also been designed for testing performance and handling with high speed lanes, plenty of bends and steep hills of various gradients.

Once the “on road” testing is completed the cars then move into humidity chambers, salt spray and mud baths which may seem like ideal relaxation after a tough day’s testing but Ford use all of these methods to simulate 6 years of average use and UV damage to their cars.

However family life isn’t just tough on the outside of a vehicle and because of this all materials inside the car are also put through durability tests to ensure they’re up to the job. Interior plastics have to pass scratch testing, fade resistance tests using 156 hours of constant UV light and be tested for odours before they are placed on an approved list to allow them to be used in the vehicles.

To test tear resistance, miniature devices that resemble medieval instruments of torture scratch fabrics up to 60,000 times over a 17 hour period,  and various liquids including cola, orange juice and milk are poured on to ensure the fabrics can be wiped clean; a regular occurrence in a family car.

To assess if vehicles are suitable for use by people of all ages and through all stages of life, technicians don pregnancy simulation suits and devices to restrict movement to evaluate how those with mobility and other physical impairments will experience the car. Ford also collaborate with child seat manufacturers for crash testing and data sharing to ensure the cabin is as safe as possible for the younger occupant.

It’s reassuring to know that Ford also undertake real world testing with  families who trial the cars in normal use for up to 12 months to identify any potential issues well before the car is launched.