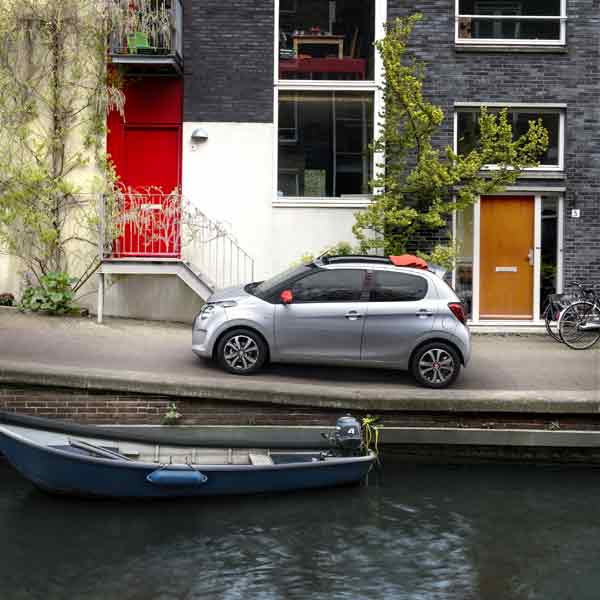 Over 760,000 C1 were sold since 2005 so has Citroën  strayed far from the formula which brought them such success?  We went to Amsterdam to find out writes Geraldine Herbert

What is it? With a cheeky personality, smart styling and frugal running costs, the C1 is Citroën’s answer to modern city living. As with the outgoing C1 the new model shares its body shell and numerous other parts with the new Toyota Aygo and the Peugeot 108.

First impressions of the new Citroën C1?  The C1 is chic, French and full of charm with slim swept-back lights, a new grille plus LED daylights and larger circular headlights, it is an immediate eye-catcher.

What about the interior? Inside the C1 the cabin is incredibly bright and airy and there are a host of personalisation options throughout. Everything is good quality and the 7-inch touch screen allows drivers to access a number of smart phone apps while driving. As expected of a city car the boot is small at 196 litres of space but fold down the rear seats and this increases to a very decent 780 litres.

And behind the wheel? We had an opportunity to drive the 1.0 litre petrol at the launch in Amsterdam a car that promises to return 74.3mpg  and CO2 emissions of  just 88g/km.

Citroën C1 in the city: This is where the C1 truly shines; it is a nippy little car ideally suited to the urban environment and negotiating the cobbled and often very narrow streets of Amsterdam proved a doddle.
Citroën C1 on the motorway; Out of the city it is a plucky and spirited performer and on the motorway it is relaxing and comfortable to drive. 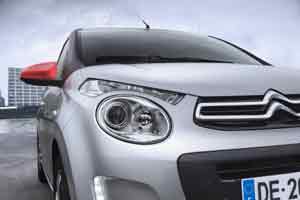 What about my options:   The new version is available in both three and five-door, as a hatchback, or as a new open-top sardine style roof, named Airscape. Three trim levels are offered – Touch, Feel and Flair and the Airscape models are available in Feel and Flair trim.

For more information on the Citroën C1 check out Citroen.co.uk , the Citroen UK facebook page or the video below