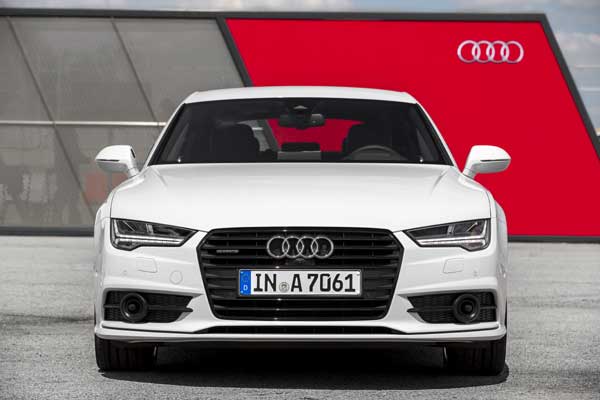 Audi promises space, luxury and a sporty drive with the New A7, we went to Copenhagen to find out if this new model can deliver writes Geraldine Herbert

What is it? Due here at the end of the year the refreshed model combines performance with impressive economy. Along with new engine configurations the A7 benefits from new transmissions, new headlights and tail lights and an enhanced infotainment system.

First impressions of the new Audi A7?  Visually changes to the front grille, bumpers and the lighting are the most striking differences but over all it looks a much more sleeker package with sharper almost angular lines.

What about the interior? Slip behind the wheel and instantly subtle changes to the interior enhance the luxury feel and echo the sleek elegance of the exterior. Typically in this sector, the options list is long and includes aluminium/Beaufort walnut inlays, contrasting stitching, black door trims and a new high-grade Valcona leather finish.

Audi A7 on the road:  It’s a super smooth to drive and will waft sumptuously along motorways. While it is no sports car, its sheer bulk is hard to disguise, it handles back roads and corners well. Replacing the old eight speed automatic is a much slicker seven-speed S tronic gear box. 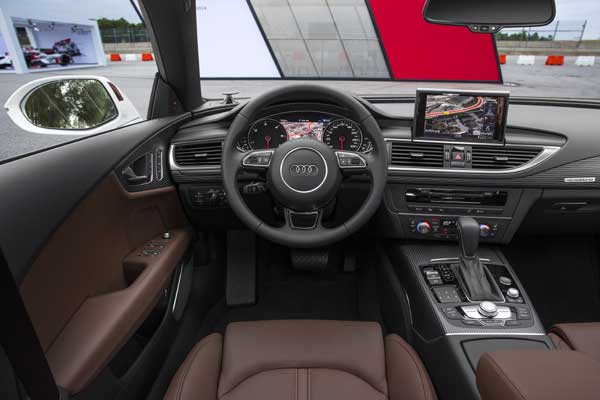 The sleek sophistication of the exterior is echoed in the car’s interior.

How Safe?  The Audi A7 comes with an array of passive and active safety features. It has not however been crash tested by the EuroNcap

What are my options? From launch, the new generation A7 Sportback will be available with a choice of four engines. Power outputs range from 218bhp to 320bhp. There is also a fifth engine option in the range topping S7 with a seriously fast 450bhp of power and if that is not enough the RS 7 Sportback boasts 560bhp.  There is also a new SE Executive specification, which replaces the Standard and SE options in the outgoing range. Highlights include all-weather LED headlights, sweeping rear indicators, 19-inch alloy wheels and deluxe four-zone automatic air conditioning. It also includes comforts such as heated and Milano leather-upholstered seats with electric adjustment, MMI navigation, Audi Music Interface, front and rear acoustic parking sensors and a powered tailgate.