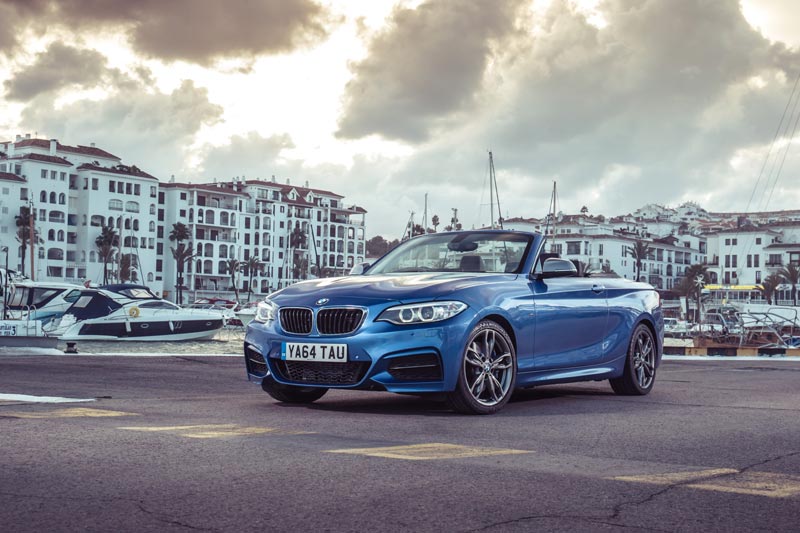 What is it? BMW has replaced the 1 Series drop-top, the most successful car in its class with global sales of more than 130,000 units, and the only one with rear-wheel drive, with its new 2 Series convertible.

First impressions of the BMW 2 series convertible? BMW has always made convertibles that look as good with the top up as they are with the top down and this new 2 looks every bit as good as their sleek looking coupe. 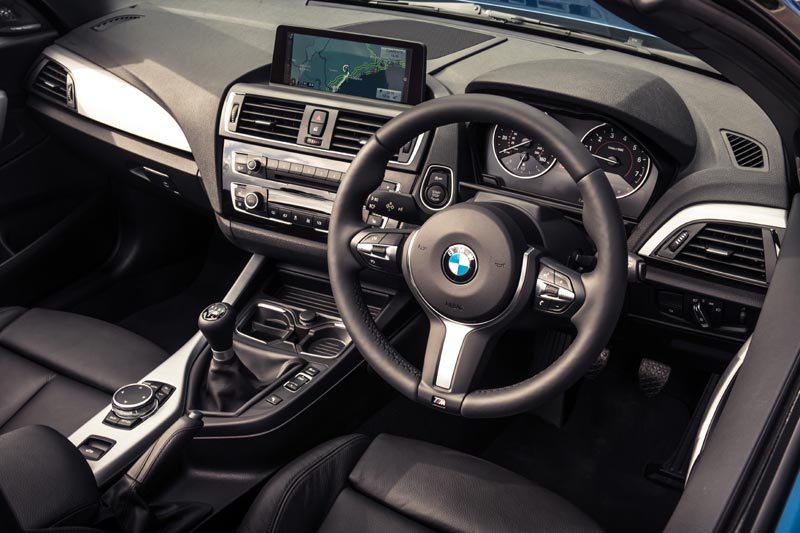 What about the interior? The cabin is very similar to that found in the 2-series coupé but it feels a little better quality. Space throughout is decent  and access to the two rear buckets seats is good though it’s unlikely you’ll fit two adults in there comfortably for any great length of time. There is  enough space in the boot for plenty of shopping bags and even when the top is folded away there is pretty generous 280 litres. Plus the loading bay is 480mm wide so it is easy to get things in and out

And on the road?  We’d go for the 220d  diesel engine, which balances plenty of power with decent fuel economy but for all-out thrills try the range-topping  326bhp 3.0-litre M235i.

BMW 2 series convertible and the city: The convertible handles well but it doesn’t feels quite as sporty as we would have liked and it is not quite as sharp as the coupe. The steering in the 220d is a little on the light side and while it is far better in the M235i  it still lacks a little of  that razor sharpness you get in the coupe version.

BMW 2 series convertible and the open road: On the motorway this baby Beemer delivers first class grip and control but road noise is unwelcome.

What about the Roof?  This very well insulated five-layer fabric top can be opened at the press of a button in 20 seconds, crucially for those sudden downpours at speeds up to 32 mph. With the roof up the 2 series Convertible feels intimate and cosy –   perfect for those romantic  getaways for the weekend.

How Safe? Safety systems include front airbags, side airbags with head airbags integrated into the seat backrests, seatbelt pre-tensioners and force limiters in the front seats and ISOFIX child-seat attachment points in the rear. Also standard is a Tyre Pressure Monitoring system which registers any loss of pressure to any of the tyres and activates a signal to warn the driver.

What about my options? The 220d and 220i models are available in Sport, Luxury and M Sport trim while the 228i is offered in M Sport only and the M235i has its own unique specification. SE models will become available at a later date.