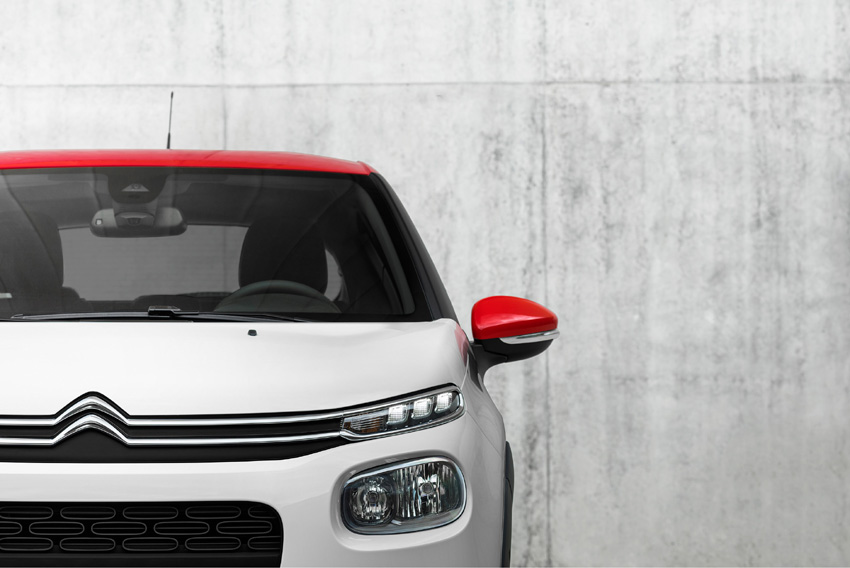 More than 3.6 million C3’s have been sold since it was originally launched in 2002.

Citroën has charmed us over the years with quirky design and innovation. The C3 fits the mould nicely, writes Geraldine Herbert

What is it? With C4 Cactus styling cues and frugal running costs, Citroën’s funky third-generation C3 is its answer to modern city living.

First impressions of the new Citroen C3? In a hotly contested but relatively dull small hatchback segment, the C3 certainly stands out,  inside and out the design shouts ‘look at me’.  There is also more than 36 different personalisation options including nine bodywork and three roof colours.

What about the interior?  Behind the wheel it is supremely comfortable and the firm support of the cosseting seats felt satisfyingly substantial. The layout is simple yet modern with a digital display in front of the driver and a large seven-inch full colour touch-screen display. As you would expect in this price range there is a vast swathe of plastic in the cabin, but there are enough novel touches to distract the eye, including a fully integrated HD camera located behind the rear view mirror, which saves the previous 30 seconds of your journey prior to any incident. You can also press a button on the rear-view mirror to record snaps and all images and video can instantly be shared on social media channels or saved in the event of an accident. Space in the front is good but limited in the rear which would be far from enticing on longer trips.  Boot capacity is a decent 300 litres. 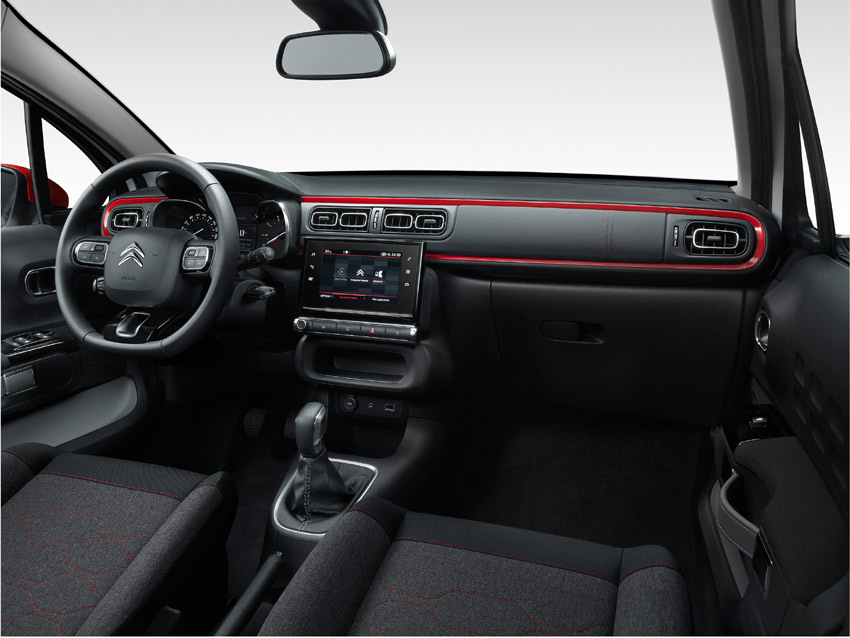 There is a a fully integrated camera, located behind the rear view mirror, to capture images and video that can instantly be shared on social media channels

Citroën C3 on road? Citroën has built a reputation on cars that are comfortable to drive and the C3 certainly doesn’t disappoint with its smooth ride plus the C3’s quirky design is just the start of the fun, it is quiet and refined. It’s no sports car but the C3 isn’t meant to be a racer, just funky fashionable transport.

How much? Prices for the new C3 start from £10,995 and there is a choice of three generously equipped trim levels, Touch, Feel and Flair. Citroen claims official fuel figures for the petrol range from 60mpg with a CO2 rating of 108g/km for the manual and an impressive 80 mpg for the diesel with a CO2 rating of just 92 g/km.

How safe? There is a host of features to keep you safe including he Lane Departure Warning System, Blind-Spot Monitoring System and Driver Attention Alert that warns the driver when it is time to take a break

What are my options? All the basics are included;  USB socket for media streaming and Bluetooth hands-free, safety features including lane departure warning and coffee break alert, as well as cruise control and power steering. Trade up to the Feel trim from £13,045 to add 16-inch alloy wheels and LED daytime running lights; more intelligent and useful technology including Mirror Screen with Apple Car Play and a seven-inch touch screen; and the added comfort of automatic air conditioning. The top of the range Flair is priced from £14,795 and adds Black Airbumps as standard along with 17-inch alloy wheels, ConnectedCAM Citroen, automatic lights, windscreen wipers, rear parking sensors and a reversing camera.

For more information check out Citroen.co.uk  or the Citroën UK facebook page

Nine things to know about the Citroën Cactus M