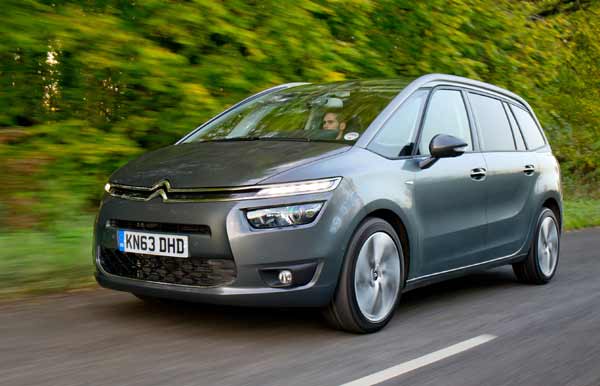 What is it? Citroën have long offered MPVs that blend practicality with French flair and their latest five seat Picasso has won a host of coveted awards including the  2013 Golden Steering in the MPV category.  A new seven seat Grand version now joins the range.

What about the interior? Inside the Grand Picasso is refreshingly different and the avant garde exterior styling continues inside. The dashboard is clean and uncluttered thanks to a 12-inch widescreen display and the 7-inch touch screen carried over from the five seat version. There is lots of passenger space, plenty of clever storage and the glass roof only adds to the light and airy feel throughout. Families will love features such as the child-minding second mirror, the trays on the back seats and the under-floor storage.

And behind the wheel?  At the launch we had a chance to sample the two-litre BlueHDi engine.
Grand Citroën C4 Picasso in the city:  Given its size the Grand Picasso is particularly good to drive and handles well. The steering is light and direct and makes parking and reversing simple.
Grand Citroën C4 Picasso on the motorway: On the open road the Picasso is extremely refined and there is little or no engine noise. It soaks up the bumps and feels solid and it reassuringly composed with virtually no body roll. 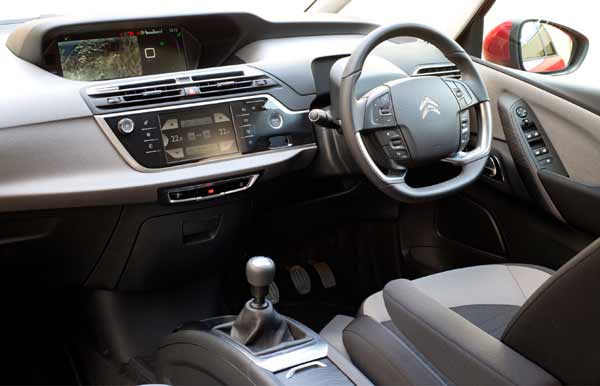 How Safe? The Grand C4 Picasso is packed with safety equipment and was awarded a five-star EuroNCAP rating with an impressive 88% score in the Child Occupant category.

What about my options:New Grand C4 Picasso is available in four trim levels – VTR, VTR+, Exclusive & Exclusive+. It will cost  £1,700 more than an equivalent five-seat New C4 Picasso.