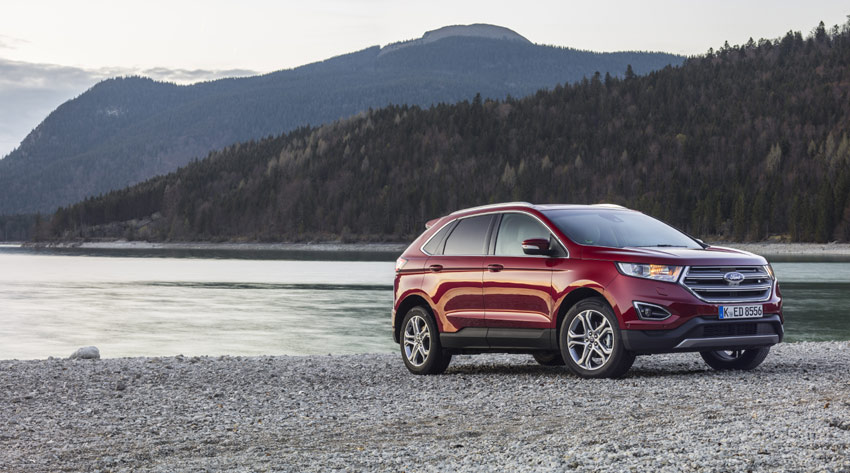 The all-new Ford Edge is the third chapter in Ford’s SUV expansion plan.

What is it? The Ford Edge may have been on sale across the Atlantic for a number of years but has now been reconfigured for the European market as part of Ford’s SUV expansion plan.

First impressions of the new Ford Edge  On the outside the Ford Edge is a sporty and aggressive looking SUV, especially in Sport trim with its darker detailing and large twin exhaust outlets. The wheels have been pushed out to each corner which adds to the sporty styling but also maximises interior space.

What about the interior?  Inside the Ford Edge is quite impressive with high quality materials used throughout. Active noise control uses sound-cancelling technology to counteract unwanted noise inside the cabin and once you’re inside it’s quite spacious and airy. The seats are comfortable, all controls are within easy reach of the driver and there is plenty of legroom in the back for taller passengers. Luggage capacity ranges from 602 litres with the seats in place to 1,847 litres with the rear seats folded down and a hands-free tailgate comes as standard on Irish models.

Ford Edge on road? The first impression from the driver’s seat of the Edge was of just how wide it feels, in fact after 2 days of driving on German roads it was still difficult to gauge the width and lane positioning in city traffic. However, on the open road it feels steady and smooth and with the added sports suspension on the “Sport” version it was well able to tackle any winding roads while my passenger had a snooze – a great combination of ride quality and handling. 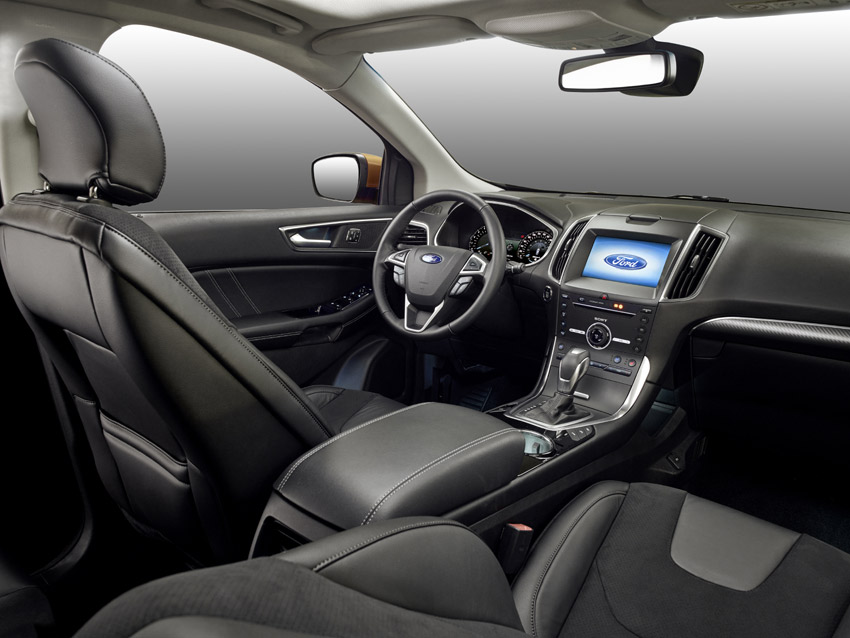 Ford Edge off road?  The Ford Edge was more than capable of conquering muddy forest tracks both up and downhill with only a slight amount of sliding before the intelligent all-wheel drive system sent power to the rear wheels and it was able to work its way through ruts and bumps.

What about engines? The Edge will be offered in the UK with a choice of 180PS 2.0-litre TDCi diesel engine with six-speed manual transmission, or 210PS bi-turbo 2.0‑litre TDCi diesel with six-speed PowerShift automatic transmission. Both powertrains will aim to deliver 48.7mpg fuel efficiency and 149g/km CO2 supported by Auto-Start-Stop technology.

How safe? Safety features include inflatable seatbelts in the rear, Pre-Collision Assist with Pedestrian Detection, Emergency Brake Assist, Driver Alert which monitors fatigue, Roll Stability Control, an airbag system that incorporates front seat pelvic and thorax airbags and a front wide-view camera which is extremely useful in situations where lateral view is impaired, such as pulling out of parking spaces.

What about my options? Available in Zetec, Titanium and Sport series, the all-new Edge is well-equipped as standard, offering Ford intelligent all-wheel drive, Active Noise Control, Pedestrian Detection, Ford DAB Audio with SYNC 2 connectivity system, privacy glass and 19in alloy wheels. The flagship SUV is offered with a choice of 10 exterior colours including new Electric Spice and Bronze Fire, and is available with a wide range of interior leather trim options.