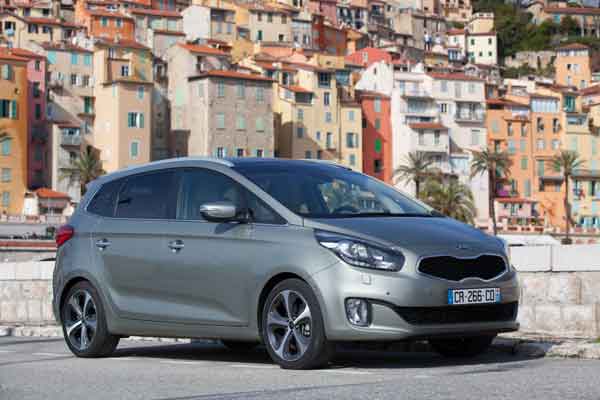 What is it? Kia’s new MPV, the Carens is the latest vehicle to benefit from the new “Tiger Nose” design and it is unrecognisable from the model it replaces. With styling reminiscent of the new cee’d the Carens is also shorter, narrower and lower than before. It competes against the Ford Grand C-Max, Vauxhall’s  Zafira Tourer , Volkswagen Touran, plus the Nissan Qashqai +2.

First impressions of the new Kia Carens: The Carens has never been the star of the Kia range but this new model is extremely stylish with a very spacious and solid interior.

What about the interior? Inside the Carens is very clever, with plenty of leg and headroom and a considerable amount of space throughout. As a seven seat there are three rows of seats that can be slid and reclined independently of one another but as with all seven seaters the third row is best suited for short trips and small kids as you’ll need the agility of a gymnast to squeeze back there. There is high quality materials used throughout and it is all very tastefully trimmed. 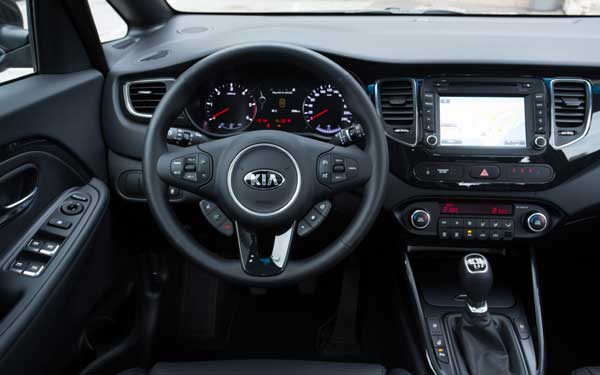 A special wide-angle mirror in the overhead console allows parents to safely monitor their children while on the move.

And on the road? At the international launch we had an opportunity to drive the 1.7 diesel with 114 bhp and the 1.6 petrol with 133 bhp.
Kia Carens and the city: The hairpins bends and twisty routes around Monaco may not be the ideal proving ground for an MPV but around this tiny principality the Carens was refined and smooth and would be perfectly suited to pottering around town, family trips or simply just getting the kids to school.
Kia Carens and the open road: On the motorway the diesel is a little noisy when pushed and it is not as impressive to drive as rivals, but that said driving dynamics are not a deal breaker in this market; comfort and practicality are of far greater importance. Of the two engines tested the 1.7 diesel is by far the better of the two.

How Much? The starting price for the Carens  is expected to be around £17,000 when it is launched in the Summer. The official fuel economy figures for the 1.7 diesel are about 58mpg on a combined cycle of motorway and city driving and 44.1mpg on the Petrol model tested.

What about my options: Trim and specs will be confirmed closer to the launch date.

For more information check out Kia.co.uk or the Kia UK Facebook page.