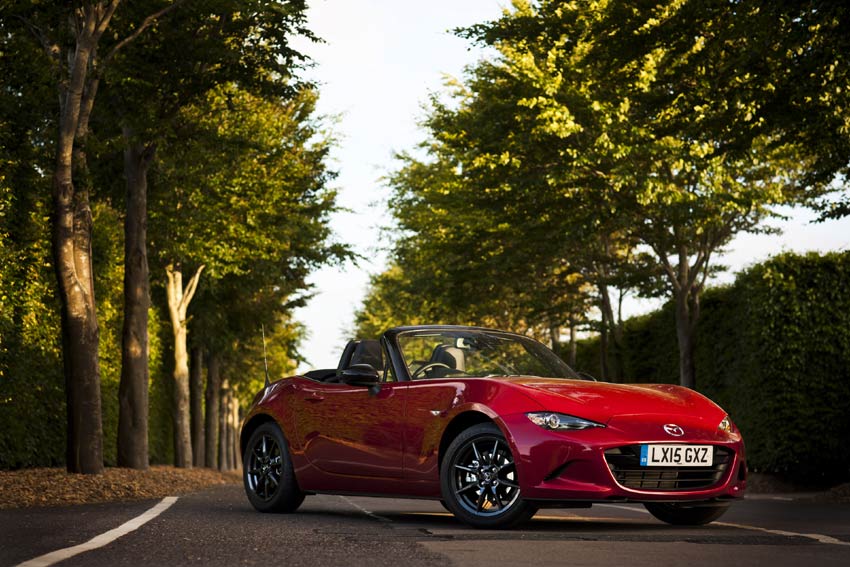 What is it? In our unquenchable thirst for sunshine and the open road, convertibles are the epitome of cool and since the first generation’s arrival in 1989 the MX-5 has attracted a loyal following for its smart styling, beguiling character and affordable cost and it has become the world’s best selling sports car. The new fourth generation MX-5 is the lightest version since the iconic original weighing nearly 100kg lighter and is shorter, lower and wider.

First impressions of the new Mazda-MX5? With its sharper and aggressive silhouette, large gaping grille and slim headlamp clusters it’s a really striking car and a serious head-turner. Even with the roof closed its elegant modern lines garners attention from all directions and let’s be honest, isn’t everyone who opts for a convertible an attention seeker at heart?

What about the interior?  Inside you’ll find MZD Connect, Mazda’s advanced infotainment system, with a seven-inch touch screen operated by a centrally located commander control. Quality throughout is much improved and it is far more comfortable to sit in for long journeys than before, although, taller passengers may find space a little restrictive. 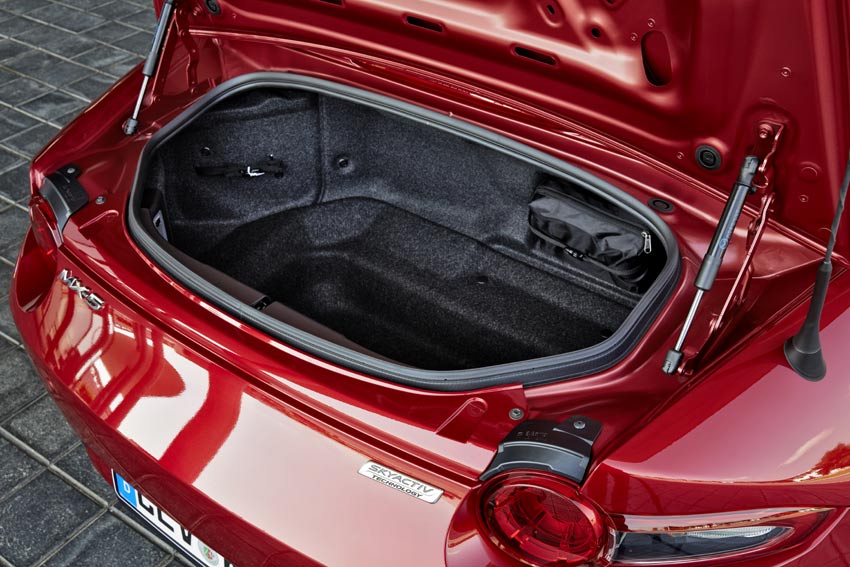 The boot can handle a couple of small carry-on luggage bags so you’ll need to travel light and it is 20 litres smaller than the previous one. It is however well shaped so it’s a little more usable than you might expect.

Mazda MX-5 on road? On the road it handles beautifully and is perfectly balanced with sharply honed steering. A really nice feature is the new short-throw sporty manual gearbox that is fantastically slick. The 96kW (129bhp) model is sufficiently potent and the mountainous roads on our test route were negotiated with reassuring ease while the gorgeous husky engine note contributes to your satisfied smile. Also crucially for those sudden downpours the newly designed soft top roof is a fast and easy to operate and can be opened or closed in less than five seconds. A more powerful  2.0-litre 160ps is also offered.

Will it break the bank? The MX-5 also has a lighter all-aluminium body and gives better economy than the outgoing model with official figures of six litres per 100km (47mpg) and emissions of 139g/km.

How safe? There is also a host of new active safety technology available for the first time on the MX-5 including a blind spot monitoring system and a rear cross traffic alert

What about my options? There are five trim levels to choose from – SE, SE-L, SE-L Nav, Sport and Sport Nav and all are well equipped with LED headlights, alloy wheels and a six-speed manual gearbox as standard. The MX-5 is also available in seven colour choices including Crystal White pearlescent and Soul Red metallic.