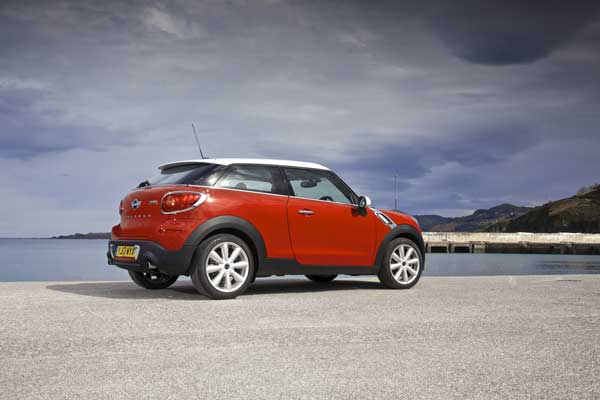 Built on the Countryman platform, bumper to bumper the car is almost identical in size to its sibling.

MINI is adding to the family, yet again and the newest member is the Paceman

What is it? The seventh and latest model to wear the MINI badge is an SAV, a Sports Activity Vehicle called the Paceman.

What about the interior? While purists might sniff at the idea of yet another MINI incarnation and worry about DNA dilution, jump behind the wheel of the latest version and it is MINI to the core. From the speedometer to the snappy toggle switches it’s all very funky and retro. Ergonomics are not MINI’s strong point and there are small and oddly shaped storage bins throughout and the trademark speedometer, while huge, is still as hard to read. Space in the front is good but limited in the rear which would be far from enticing on longer trips. The boot space is a decent 330 litres, which expands to 1080 litres with the rear seats folded down.

And on the road?  At the launch we had an opportunity to test both the Cooper SD ALL4 Paceman and the Cooper S. According to MINI, next only to style, driving dynamics and the characteristic go-cart handling are the main reasons why buyers opt for this brand. With this in mind the Paceman certainly doesn’t disappoint. While it is not as sharp as the hatch and the extra weight is apparent it negotiates the twists and bends with reassuring ease.  The sports suspension is overly firm though and on less than super smooth roads tractions suffers.  As a result the joy of this MINI is revealed to the driver only and passengers are not as well rewarded. 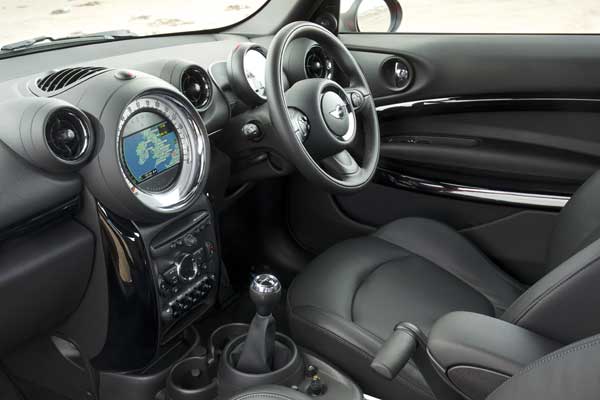 The instrument panel includes many familiar components, including the large round central speedo.

How Safe?  As with other MINIs there is an extensive range of safety equipment including front and side airbags. Side curtain airbags are fitted in both the front and back. ISOFIX child seat attachments in the rear and a tyre pressure warning are on every Paceman.

What about my options: There are 4 engines to choose from– two petrol and two diesels – with outputs ranging from 112 bhp to 184 bhp  available for the MINI Paceman and a six-speed automatic gearbox can be ordered as an alternative to the standard six-speed manual.  The all-wheel-drive option is available on all versions of the Paceman and directs 100 per cent of the power to the front wheels but can send half to the rear if the tyres lose grip. In line with other Minis the possibilities are endless in terms of variants and personalisation options.