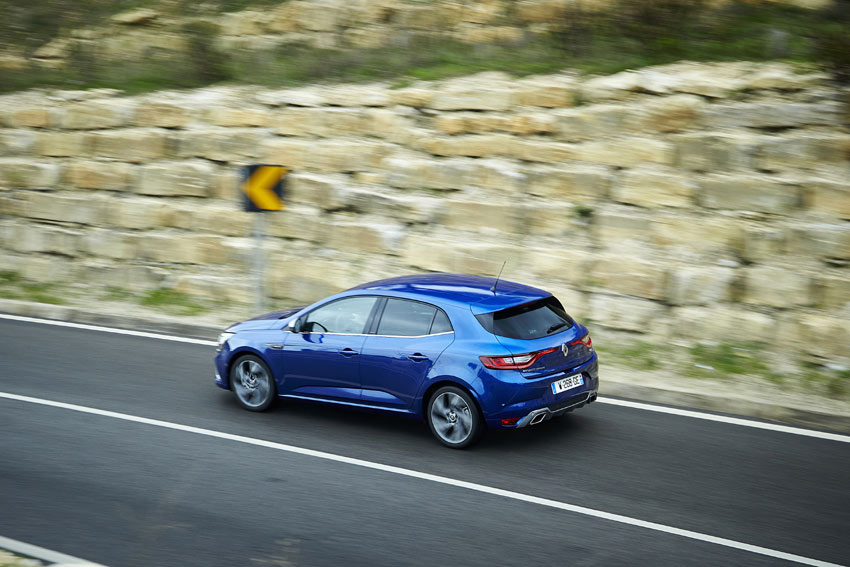 Depending on the country, the Mégane will be available with 10 engine options

Twenty years after its launch, Renault shows off the latest version of its hatchback the Renault  Mégane GT that has just arrived in showrooms around the country writes Geraldine Herbert

What is it? Launched in 1995, the Renault Mégane found plenty of converts to its blend of quirky styling and comfort. And even when the “shakin’ that ass” second generation gave way to the somewhat bland third version, the hatchback continued to attract buyers and was the best selling car in Europe and Ireland in 2010

First impressions of the new Renault Mégane GT? The latest incarnation stands out with its dynamic styling and distinctive lighting signature at the front, while the rear lights use Edge Light technology to create a horizontal 3D-effect with a deep, red glow and is particularly eye-catching. The overall look is heavily influenced by the new Espace and the Talisman saloon – the new Laguna replacement – but unfortunately neither of these cars are going to appear in right-hand drive.

What about the styling? While a much more sophisticated offering than the Captur, Clio or Twingo, the new Mégane is instantly recognisable as part of the family and adopts the brand’s design DNA – including a large vertical Renault diamond, the French car maker’s new signature.

Opt for the GT version and get steering-wheel paddle shifters, a different front bumper, 18-inch aluminium wheels developed by Renault Sport and GT-Line badges that adorn the front wings and rear.

What about inside? The new model is longer, lower and wider than the outgoing car and, as a result, has more interior space. Passengers in particular, benefit from a 2cm increase in rear knee space and the boot volume is a very generous 434 litres. Highest-spec models get an 8.7in touch screen that can be operated just like a smartphone or tablet and includes voice recognition for the navigation, telephone, apps and radio and is linked to larger loudspeakers. 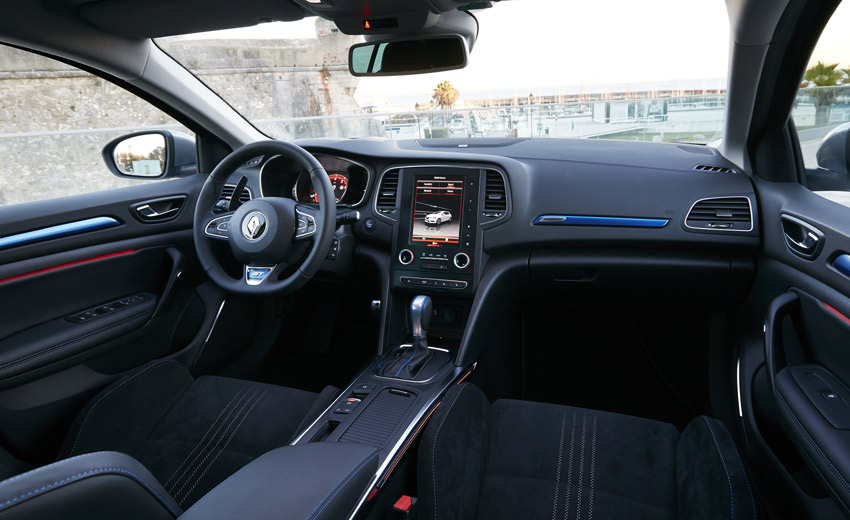 And on the road?  The GT bridges the gap between the regular Mégane and the RS models and on the road it certainly doesn’t disappoint. Along with seven-speed, dual-clutch automatic transmission you’ll get the super-fast 4Control four-wheel steering, twin exhausts, upgraded suspension and a launch control feature. It is a little on the firm side but you can switch between comfort, neutral and sport so it’s easy to find a suitable setting. While it’s not hardcore sporty, it is powerful and smooth with more than enough zip to put a smile on your face. Two dCi and two TCe engines with manual & EDC transmissions are offered across the Mégane range.

How Much? The Renualt Mégane range starts from £16,600 on-the-road.

What about my options? The Mégane is being offered in a 25-version line-up based on six trim levels familiar to owners of other Renault vehicles – Expression+, Dynamique Nav, Dynamique S Nav, Signature Nav, GT-Line Nav and GT Nav. There are also a range of pack available including  a Climate Pack for Expression+ delivers automatic dual-zone climate control and automatic headlights and wipers. The Parking Pack on Dynamique Nav adds front and rear parking sensors and rear parking camera; for Dynamique S Nav and above, the Parking Pack Premium includes handsfree parking, rear parking camera and blind spot warning. The Safety Pack for Dynamique Nav adds distance warning and automatic emergency braking; the Safety Pack Premium on Dynamique S Nav adds to the Safety Pack equipment and provides adaptive cruise control. There is also a Horizon Pack, Look Pack and a BOSE pack. On GT Nav models, Alcantara Packs are available, adding Carbon Grey alcantara upholstery with blue stitching, or two-tone blue and Carbon Grey alcantara upholstery to both GT-Line Nav and GT Nav.