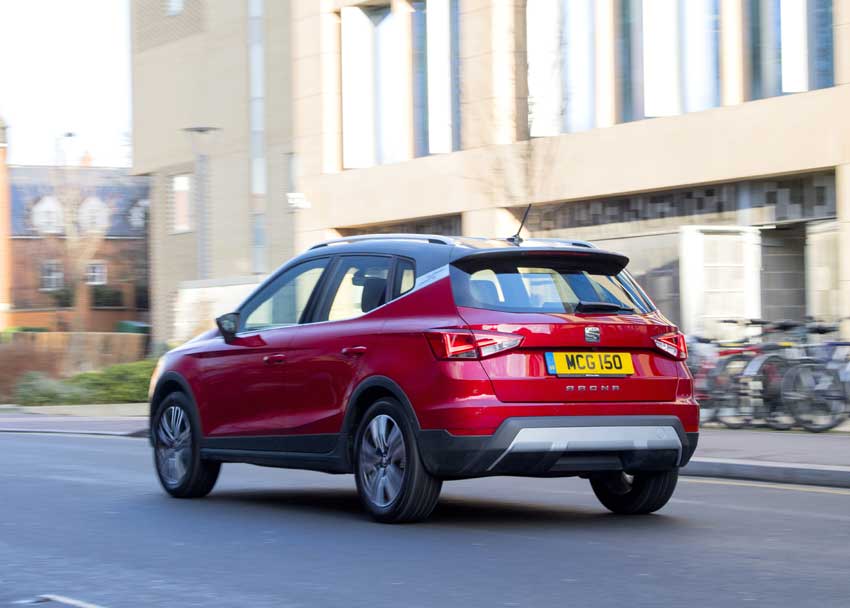 What is it? Named after a small town in Tenerife, the Arona is the latest newcomer from the Spanish car maker Seat and is a significant model as it marks its first foray into the ultra-competitive B-SUV sector.

First impressions of the new Seat Arona? Looming in the mirrors of the Renault Captur, Peugeot 2008 and Opel Mokka, the Arona is designed for those looking for style and functionality. Despite being based on its supermini sister, the Ibiza, the Arona is taller, longer and wider so better able to compete as a family-sized crossover.
Outside there is much to admire, it looks like something en route to the African savannah and while there is no AWD version, the bumpers, wheel arches, extra ground clearance and roof rack all hint at more than just the urban jungle.

What about the interior? Inside, the dashboard is all very familiar and is easy to use, but it lacks the styling flair of the exterior. The swathe of plastic across the dashboard is dull and charmless, but overall it all feels of reasonable quality. In terms of connectivity, Arona features Apple Car Play, Android Auto and MirrorLink.

And on the road? Pick of the engine range is the 1.0-litre TSI which we tried on a range of roads in and around Barcelona and while it needed a little coaxing to climb some of the steep mountain roads, it was punchy around town and zipped along merrily on motorways. On the road is where the Arona really shines. Driving dynamics may not be a deal breaker in the family crossover market but the Arona’s agility through corners and firm suspension means it is far more fun to drive than rivals. The sporty suspension may be a little firm for some but it is never jarring. 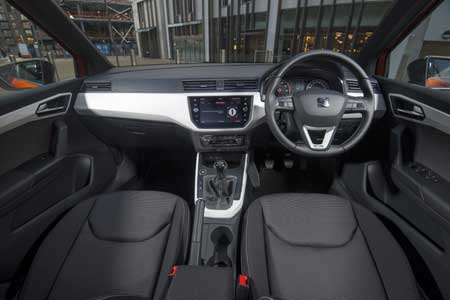 Inside the new Arona

What are my options? There are three trims to choose from SE, FR and XCELLENCE, but, with each level expanded into additional versions that add in more equipment: SE Technology, FR Sport and XCELLENCE Lux. Colour options include  Desire Red and Mystery Blue and the chance for customers to make their car stand out with up to 30 different combinations, matching or contrasting the finish for the lower body and roof and pillars. Three roof colour choices are available – black, grey and orange.

How Safe? Reassuringly, there are a host of safety and driver assistance features to ensure that should you have a minor collision with something stationary, you won’t fare too badly.