Fitting a tuning box to your car – TDI-Tuning

Home » Features » Fitting a tuning box to your car – TDI-Tuning 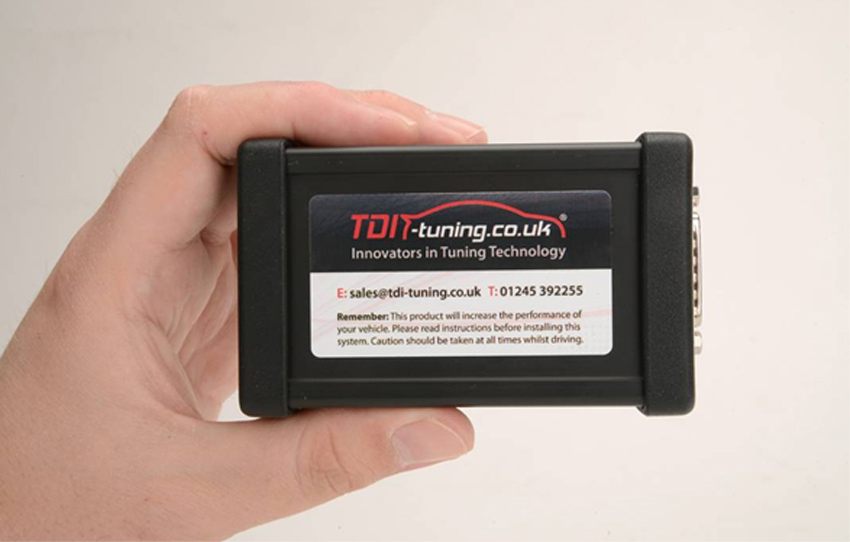 Tuning boxes: I’m sure the thought automatically fills your mind with images of the local hoodlum racing their cars around the Matalan car park and generally causing a nuisance driving their recently tuned Citroen Saxo VTR.

But things have changed: the tuning box has grown up and become a tuning device for the masses. Traditionally, it is still something male drivers are more likely to install, with women lagging behind.

I decided to buck the trend and had one fitted to my rather sedate Land Rover Freelander.

Statistics show that only around 1% of the people buying a tuning box were female; there could be many reasons for this, such as poor media coverage in female publications, the lack of knowledge surrounding the benefits of a running tuning box or the fact that many women couldn’t care less if it improves performance and torque, as all they want is a reliable family runaround.

I was contacted a few weeks ago regarding having a tuning box fitted and promoting its benefits to the female driving population. Having worked in the motor trade for over 10 years, and given my personal interest in all things automotive, I have followed the growth of tuning devices with interest.

At the start, tuning boxes were an unknown quantity, with uneducated hearsay about the devices potentially causing problems; that may have been the case when it comes to ‘remapping’ , but tuning boxes working in harmony with the vehicle’s ECU (its electronic brain) add benefits without any disadvantages.

Cars have, of course, become more and more technologically advanced and interfering with their sophisticated systems can cause more harm than good. But as with all things, time is a marvellous thing and with plenty of research and development the modern tuning boxes are fitted in a way that doesn’t leave any possibility for damage.

When I arrived at TDI-Tuning in Chelmsford I was shown exactly where the box and its connections would be fitted. If you’re feeling brave, you can even fit it yourself (the company will mail the box to you) and clear instructions are given for your type of vehicle.

The simple fitting process involves disconnecting the fuel rail and boost valve and plugging in the connection to the box, the box is then secured inside the engine bay in a place where you can get to and change the settings, which are programmed to suit your particular vehicle. A peg can be moved either side to improve performance or economy: it’s extremely simple.

As soon as I took the Freelander for a test drive it immediately felt smoother to drive, as the power curve of acceleration was a lot more refined.

So what’s the big draw of these tuning boxes that has seen markets as far as Japan interested (TDI-Tuning has a main dealer there)?

A tuning box can be fitted to a huge array of vehicles whether they are turbo petrol or diesel-powered, from your little runaround to motorhomes, vans, agricultural vehicles and even boats.

Speaking to TDI-Tuning, I learnt that a lot of customers have the box fitted to their motorhome to improve fuel efficiency, performance and torque. Not every vehicle experiences the same gains so it’s worth checking your make and model on the TDI-Tuning website but you could experience up to 40% more power, 40% more torque and 20% improved fuel economy.

A lot of you may be thinking, why does my car not have these improvements already? Well, cars are a mass-selling product, during production a standard ECU is put into every car, it’s only when you start tuning a car that you release its full potential as the software applied to a vehicle’s ECU is designed to cater for a variety of conditions including fuel quality and even altitude.

These tuning boxes aim to make your driving experience as pleasurable as possible and by having greater performance, smoother and more refined ride it certainly helps.

Back to the burning question as to why not many women purchase a tuning box, I think it’s down to lack of knowledge on the product: many people I have spoken to have remained cautious of a product that they are unsure of, have worried about what the effect it may have on the car’s reliability, and some of us may not even see the point of extra performance.

Deep down I know a lot of us are secretly big car fans, even if our only commutes are to drop the kids at school or go shopping. A tuning box’s real purpose is to improve performance delivery and smoothness, (as well as fuel economy on turbo diesel cars); it is a tool to achieve better refinement.

Another advantage for the driver is the ability to have the system reprogrammed when you change your car rather than have to buy a new device, and the fact that every TDI-Tuning box comes with a three-year-warranty.

Do remember that if you’re thinking of fitting a tuning box you need to check your car’s warranty terms (irrelevant if your vehicle is out of warranty, of course) and that you need to inform your insurer. Tuning boxes designed and produced by TDI-Tuning are recognized as safe enough for the company to have a partnership with a leading insurer, proving that they are products whose safety and legitimacy are acknowledged.

Once you remove the box, if you should choose to do so, it leaves no trace and no lasting effect.

TDI-Tuning gets in touch with its feminine side

WIN!… We’ve Got a Super Car Roof Box to Giveaway

WIN!… We’ve Got a Fab Car Roof Box to Giveaway