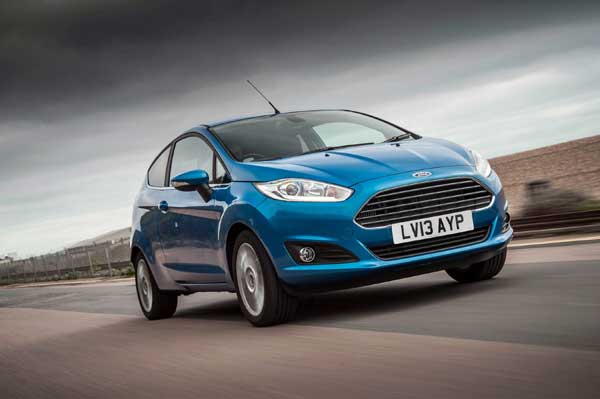 The months of judging for the jury of the Women’s World Car of the Year, which comprises women motoring writers from 12 countries, including the editor of Wheelsforwomen Geraldine Herbert, has resulted in  the Ford Fiesta 1.0-litre EcoBoost  announced as the supreme winner for 2013.

The Fiesta also won the economy car category in the finalist voting round and, in the second voting round consisting of finalists only, edged out the Mazda CX-5 and the Range Rover.

This year judges voted for SUVs in a separate category. The Mazda CX-5 was the narrow winner over the Hyundai Sante Fe.  And in a purely fun category judges were asked to nominate their Dream Car.  This was won by the Aston Martin Vanquish, just nudging out the Jaguar F-type.

Commenting on the win, Craig Von Essen, Product and Communications Manager for Ford Motor Company, Asia-Pacific and Africa, said the company was ‘thrilled’ to receive not only the economy car category award but the overall supreme award.

“Women pack powerful purchasing power, representing a huge market opportunity.  The fact that a respected panel of published and specialist women motoring writers selected the Ford Fiesta 1.0L EcoBoost is a significant accolade as we work to design, develop and market our vehicles, technologies and services in a way that captures the attention of this very influential buying group.”

Chief Judge, Sandy Myhre of New Zealand, said the judging categories changed for 2013 and the three-tier voting system makes it hard for any car to be selected as a category finalist, let alone winning.  Judges supply their own short list from 2013 model year cars they’ve tested.  From there a short list is formed to determine the finalists and from the finalist list judges choose their supreme winner and the podium finishers.

She said the Women’s World Car of the Year awards are designed primarily to reflect the preferences of women buyers through the ballot box of women motoring writers from around the world and points out that while some of the judging criteria remains consistent throughout, there are variables.

“The Family Car category, for instance, includes child-friendliness, storage space and value-for-money and individually these aren’t always appropriate on which to judge a sports car for example.

“It’s what makes these awards unique, quite apart from the fact there is no other international motoring award in the world which is voted for by women and with women in mind.”

The presentation of the trophies and certificates will this year take place in London at the beginning of October.

The official results in each category are: