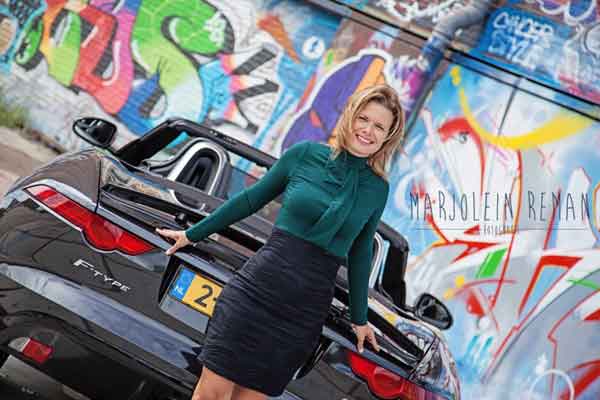 Four new judges have been appointed to the jury panel for the Women’s World Car of the Year.

Four new judges have been appointed to the jury panel for the Women’s World Car of the Year to extend the number of judges to 21 and the number of countries represented within the awards structure to twelve.  Each judge is high profile in her own country and will be voting for this year’s awards which will be announced in the third quarter of the year.

Malin studied anthropology and linguistics and the University of Iceland and is part way through a BA in Law from the University of Reyjavik. Although she began her working life as a stewardess of Icelandair and a private jet company she became a journalist of Bleikt, an online lifestyle magazine, with responsibility for cars.

“Mainly it was about test driving but all sorts of car related topics are discussed,” she says.

Having started her career as a journalist and assistant editor at Pressan, and  a news reporter for the National Broadcast Service in Iceland she is currently with Morgunblaðið where she writes and does photo shoots for the weekly car magazine, testing new cars, writing about technology and interviewing.

Malin has a five-year-old son who, perhaps unsurprisingly, is ‘car mad’ and she owns four cars – one BMW 518, two Land Rovers and a 4 x 4 Toyota to cope with Iceland’s ‘worst’ weather which would test even the most experienced driver – which she is. She has contested enduro racing and is competing in the Icelandic Rally this year with the intention to establish the first women’s rally team in 2015.

Jenni has a BSc in engineering from Metropolia University of Applied Sciences.  Indeed, her bachelor’s thesis was entitled Measurements for Electric Cars. She was a test driver for Finland’s leading automotive magazine , carrying out multiple comparison tests including two 12-day winter tests in Lapland.

Since she was six years old she has raced everything from karts to open wheel formula cars. She was nominated Finland’s best female driver in 2004 and won Rookie of the Year in 2007 in the Legends Trophy Series.

Moreover, Jenni brings motor racing management experience to the jury from a broad experience in a variety of roles. When she was team manager of The Metropolia Motorsport Team in the Formula Student (SAE) project they were recognised with an award by the Finnish car racing association. She worked with Carlin Motorsport in England for two six-month periods in Formula 3, Formula Renault and Formula BMW as a mechanic.

Maria is another woman motoring writer with a background in motor racing.  She was taught to drive a Fiat 500 in the backyard of her home in Pordenone at the tender age of 13 because, she says, her father didn’t want to buy her a scooter. She has never ceased her interest.

In 1990 she began to follow Formula One racing for Telemontecarlo Television, presenting from the pits, and so became the first woman journalist in Italy as a presenter of Formula One programs.  Her years following Formula One were those when Ayrton Senna, Alain Prost and Nigel Mansell were racing. She says she didn’t lack for excitement and the words to convey it.  She later commented to MTV’s live coverage of the German Deutsche Tourenwagen Meistershaft with the driver Emanuele Pirro .

In 1997 she moved to the State-owned national Italian television broadcaster, RAI Sport , where she presented the weekly news program and did car reviews on Rai 2 TG2 Motori with a healthy audience of three million.  In July of 2011 she went to New York as a correspondent for TG2  and covered politics and economics. Since 2012 she has been the anchorwoman of the night news of TG2 , alternating with other colleagues.

Over and above that, Maria has written for various print publications including The Republic, The Independent , Christian Family, People and Tutto Trasporti engines.  She helped draft the book “Race and Grace” with Ezio Zermiani and Professor Aldo Ferrara.  Today, she says from following motor sport and making friends through the sport means her passion has only increased.  The difference now is her passion has become her work.

Odiel Mennink is a car journalist and the founder of femmefrontaal.nl, a Dutch website that focuses on the female perspective on cars. As a car journalist, she wrote for AutoVisie/Telegraaf, Testauto, and several lifestyle magazines and she was nominated for the Dutch online VIVA400 award in 2013. In her spare time she races as a guest driver in the Mazda MaX5 Cup in The Netherlands.

She says that in The Netherlands, over 36% of car owners are female and the number is growing every day and, because of the strict Dutch tax system she believes women want and need to get good value-for-money with their cars.

“The appointment to the jury of Women’s World Car of the Year is an honour. On my platform I focus on the feminine perspective of cars; in addition to reviewing cars, giving news, and writing columns, I also give women the opportunity to read and write about their own favourite car.

She also collaborates for the newspaper Il Giornale and the weekly paper Gente Motori.  Furthermore she is actively involved in road safety as a consultant to various Italian institutions including the Ministry of Transport and the Ministry of Environment. She has raced in four events of the famous Mille Miglia and won the Rally of Monza as copilot for Marco Brandt in the official Team Lancia 037.  She still helps at some FIA events and if that’s not enough to establish her racing credentials, she wrote the book The Art of Driving with Robert Gurian and two-time World Rally Champion Miki Biasion.