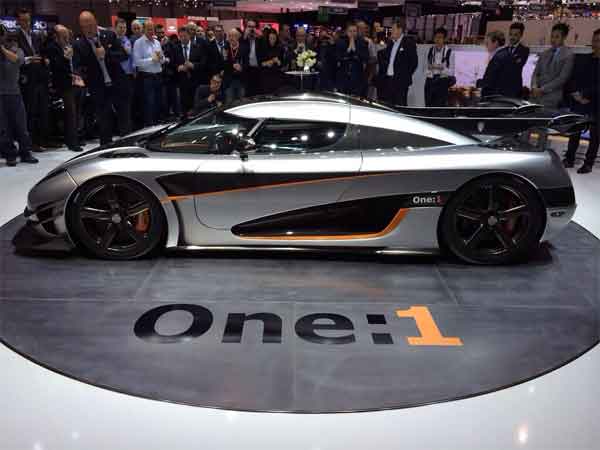 The Geneva Motor show is the pinnacle of the motor show diary, and this is our top ten stars of the show writes Hannah Gordon.

Amongst the unveilings was the Ferrari California T, the first turbocharged Ferrari since the F40, an expectant crowd gathered and was entertained by Ferrari enlightening us on there conquering brand image around the world. The California T is certainly a great looking car and provides an insight into what Ferraris future intentions are regarding engine choices and design avenues.

If your lucky enough to visit this years Geneva Motor Show you will be supremely entertained by the simple layout and ease of managing not to miss any of the manufacturer creations. The concepts are always a big hit and you get to peek into what the future could hold in technology and aesthetics. Of course the big focus in the automotive industry at the moment is the insurgence of the Clean Vehicle, and there are plenty of examples on show from the Kia Soul EV, VW XL1 and Toyota’s FCV concept hydrogen saloon.

Below I have chosen my top ten to see at the show.

Koenigsegg One:1
Unveiled by the Swedish mastermind himself, Christian Von Koenigsegg, this hypercar really pushes the boundaries of what cars are capable of reaching. The name comes from the fact it has a power to weight ratio of 1:1, it has 1340hp and weighs just 1340kg. This is achieved from a 5.0 litre twin turbo V8 and a 7 speed dual clutch. The bodywork all handmade is an aerodynamic masterpiece sitting on a carbon fibre chassis. The Hennessy Venom GT has just set a new speed record, but the Koenigsegg could be gate crashing that party very soon. Only four of these hypercars have been made at $2 million each. 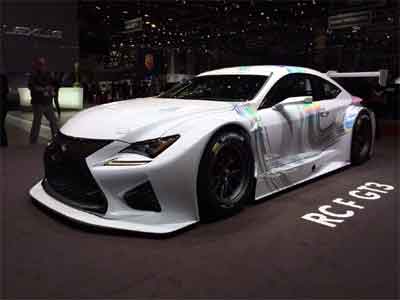 Lexus RC F GT3
Based on the new Lexus RC F coupe this concept definitely caught my eye, Lexus part of the Toyota marque have been producing some great looking cars lately and going into a GT3 guise seems a natural progression. This concept has a 5.0 litre naturally aspirated V8 kicking out 532hp, the gaping grills and small slit headlights make this an imposing GT car.

Lamborghini Huracan
The Gallardo that was in production for ten years and proved to be Lamborghini’s biggest seller is now being replaced by the long awaited Huracan. The Huracan has big shoes to fill and comes with a 5.2 litre V10 naturally aspirated, paired with a 7 speed dual clutch gearbox. The 602hp powers the Huracan to 202mph and goes head to head with the Ferrari 458 and Mclaren MP4 12C. If your still interested then raiding the piggy bank for basic model price of £180k is required. 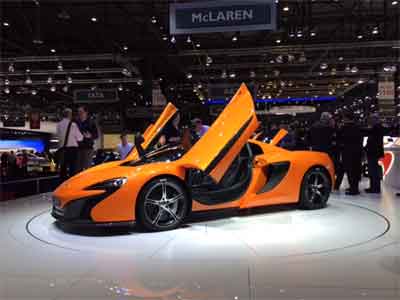 Mclaren 650S
This is the latest product from the British manufacturer Mclaren. A mixture of the MP4 12C and P1 this looks a tantalising offering. Unveiled as a spider and coupe the 650S has the same 3.8litre, twin turbo V8 as the MP4 12C but has been fettled to 641hp and the coupe reaching 207mph. Around 25% of the car is new and downforce is improved by a reported 40%, the car has been on a weight loss mission with trimmings on the alloys and race seats thanks to the use of carbon fibre. The coupe 650S starts at £195k.

BMW M4
The replacement to the M3 coupe this offering from BMW looks like a winner. The high performance version of the 4 series encases a 430hp, 3.0litre twin turbo six cylinder petrol engine limited to a brisk 155mph. BMW will give you the choice of having the six speed manual or six speed dual clutch auto.

The M4 has an imposing stance with sharp lines leading to large bumper intakes, sweeping lines up the bonnet lead to the broad rear end. Inside you are welcomed by gorgeous leather sports seats and flashes of carbon on the dash. Helping with the weight loss is the carbon fibre strut brace. Released in June this year and with a price tag of £56k. 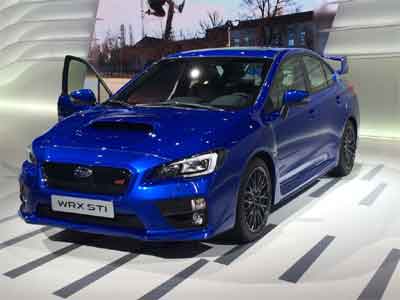 Subaru Impreza WRX
After thinking this rally supreme had sunk without trace Subaru re enter the sports car market. A firm favourite with enthusiasts the all wheel drive Subaru could be a huge hit, especially as there is no Mitsubishi Evo to contend with.

Subaru go back to the familiar saloon design and keep the outrageous bonnet scoop. Hiding underneath the scoop you will find a 2.5 litre intercooled, turbocharged four cylinder boxer engine. As standard this has 300hp but expect companies to tune this to rocket levels. The Subaru Impreza WRX has been improved on every level, the suspension is stiffer, steering more responsive and the interior is a lot better place to be. Available from £29k.

Audi TT
The wraps were pulled off this new Audi TT, since 1998 the TT has proved very popular and we are now on the 3rd generation of the 2+2. The TT is now 50kg lighter, quicker and more fuel efficient. It’s offering with an option of three different engines; 2.0 litre diesel, 2.0 litre turbocharged petrol that starts at 227hp or the TTS model which has 306hp and four wheel drive. These engines can be mated with either the 6 speed manual or six speed S tronic.

The outside has the familiar look, the front looks sharper with a larger grill and menacing front headlights. The inside is a lot fresher and includes Audi’s virtual cockpit with a TFT screen in the dash. Released in the autumn with prices to be confirmed. 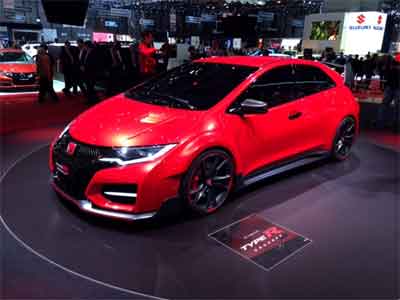 Honda Civic Type R
The long awaited Type R Civic was unveiled at Geneva, merely a concept but many agree this car has to go on sale. The turbocharged 2.0 litre four cylinder produces 280hp through a 6 speed manual. Honda claim this is the most extreme Type R yet, and who are we to argue, the outrageous body kit and rear wing make this a sure fire hit. This monster of a hot hatch also keeps in line with Euro 6 emission regulations, expect a release date of 2015.

Maserati Alfieri
An interesting concept was revealed by Maserati, the Italian car maker known for some of the most beautiful cars produced showed us there new offering with the Alfieri. The concept two door coupe targets the market currently shared with the desirable Porsche 911 and the new kid on the block Jaguar F Type.

The Alfieri showcased included Maserati’s 4.7 litre V8, kicking out 460hp connected to a 6 speed auto. This may change in time to go head to head with Jaguar and it’s V6 models. The Alfieri chassis is based on the MC Stradale but is a lot shorter, it includes a limited slip differential and carbon ceramic brakes. In my opinion one of the best looking cars unveiled at the show. 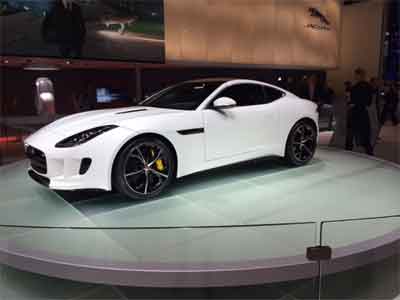 Jaguar F Type Coupe
The F Type Roadster released in 2013 and based on the famous E Type caused quite a stir, the coupe unveiled this year at Geneva was met with the same excitement. Jaguar are seeing a resurgence in the car market and this is a massive step in the right direction for the British maker. The F Type is limited to 186mph and the coupe has 55hp more than the roadster. In direct competition with the Porsche 911 it has a large 407 litre boot space and starts at £51k, undercutting Porsche by around £20k. Porsche enthusiasts will always stay faithful to the marque but the F Type provides plenty to think about for people sitting on the decision fence.