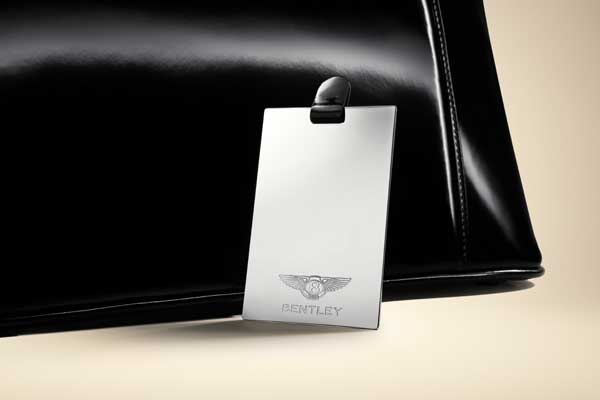 Caroline Kidd casts an eye over Bentley’s new line of handbags and asks if this is a good move by the luxury carmaker to attract more women to the brand?

Bentley has launched a capsule handbag collection in an attempt to make the brand more appealing to women.

Carmakers producing lifestyle clobber is nothing new with lots of manufacturers, from MINI and Land Rover, to Bugatti, producing their own lines of branded watches, clothes, sunglasses and the like.

But the new venture by Bentley into handbag territory is an attempt to introduce more women to the brand and attract new female customers – but only professional women with lots of money need apply.

With a price tag of £3,800 for “The Continental” and £4,800 for “The Barnato”, these handbags are premium products. The designers at Bentley have tried to emulate some of the curves and lines of a Bentley and the theme is carried through inside with lots of quilting and leather to give the feel of “stepping into a Bentley”.

“With the actual design of the handbags we wanted to create a strong link with some of the key features on our cars,” says Daniele Ceccomori, Bentley’s Head of Product Design.

Bentley knows their target audience for this new foray into handbag couture. “As increasing numbers of women around the world enjoy greater professional success and economic status, so have they developed a taste for refined, exclusive products,” says Dr Ariane Reinhart, personnel director at Bentley and architect of the new handbag line. With women only accounting for 12% of Bentley’s customers, Reinhart wants to redress the gender imbalance in Bentley ownership.

The 5k price tag puts these bags in Hermés territory. But Bentley is not known to be the last word in designer handbags. How much weight does the brand carry in the hotly-contested designer handbag market? Do women really want Bentley handbags?

It’s not really the point. This is a niche market. Only 160 limited edition bags are being produced for the global market and it’s a certainty that they will all sell out. A Bentley handbag with that winged B logo is an exclusive product. The target market won’t have to choose between the Hermés bag or the Bentley one. They can just have both.

The handbags will sell but will they in turn sell the cars to more women?

Though some might find it patronising to pull out the handbags to lure women in, it’s more than what some brands are doing – completely ignoring the prospect that a woman might possibly want to drive a beautiful, powerful, luxury car and not making any effort at all to engage with her.

Acknowledging that a woman might want to buy a luxury car puts Bentley in a favourable position.

Many Shades of Luxury

Are Lada Preparing for a Brand Revival?