Have diesels become a false economy? 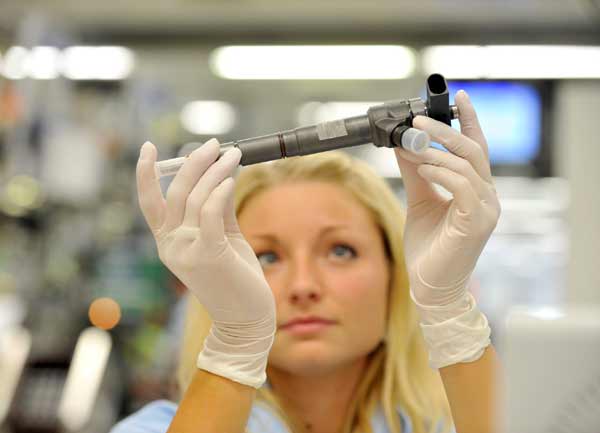 In the last six years all the vehicles I’ve owned have been diesels, I’ve repeatedly spoken highly of them to customers and pushed forward the benefits of the derv burner, but times are changing and I’m beginning to realise that petrol drive trains could be the way forward from now on.

The average prices at the pumps in the UK is 129 pence per litre for Petrol and 136 pence per litre for Diesel, this initial expense has often been discounted for the extra fuel economy diesels can achieve. To a certain extent the diesel car is a useful and economical option for company cars and vans that do very high mileages, but what about the everyday driver like you and me, are we actually getting value for money from our diesel powered vehicles?

To begin with diesel optioned cars are a lot more expensive to buy whether it be new or used. Take the new Audi A4 Avant, the 2.0 TDI 150 SE is £30,155 compared with the 1.8 TFSI 170 SE which is £27,310, that’s a £3000 saving to start with, the MPG for the diesel is better at an average of 57.6 MPG compared to the petrols 46.3 MPG but this average can be hard to achieve especially when paired with an automatic gearbox or an over ambitious right foot. It would take around 3 years and thousands of miles for the diesel to make any economic sense.

The modern petrol engine has greatly improved in the last 5 years, manufacturers have worked tirelessly in trying to make there engines as economical yet powerful for the modern drivers needs. Many petrol engines are either turbocharged or supercharged and run direct injection, they are refined, quiet and a pleasure to drive. The fuel economy and CO2 emissions have improved vastly, mainly down to strict EU rules but this is at no cost to customer satisfaction. The modern petrol engine should now be considered, in my opinion a great substitute for the Diesel engine.

In comparison the Diesel engine has also made giant steps in recent times, gone are the days where you could hear a diesel a mile away rattling down the road emitting large plumes of carbon soiled smoke. Engines are now strangely quiet and refined, the need to hammer the accelerator pedal in 3rd gear is still required to clean the pipes out on some diesels which then leads me nicely onto the DPF’s that are now fitted on every diesel after 2008.

The Diesel Particulate Filter (DPF) has come about in the aim of reducing harmful gases into the atmosphere, from what I’ve seen it’s also highly harmful to your bank balance too.These boxes can be found connected to your cars exhaust system and filters the gases as they pass through, the DPF’s go through a regeneration process and many vehicles have bags of liquid that help clean and regenerate the DPF, this all sounds amazing when read out, in reality they become clogged too easily and are a hefty cost to the consumer. Take a BMW Mini, a replacement DPF completed by a main dealer could be upwards of £800.

Diesels have become so advanced that the number of sensors and valves has multiplied in recent years, this makes it costly and labour intensive to repair when things do go wrong. The turbo, Exhaust Gas Recirculation (EGR) valve, vacuum pump and fuel filters are common faults with the Diesel engine often caused by poor servicing. A Diesel engine requires a strong battery and a powerful starter motor for it to be able to start. The Injectors also have to work at high pressures.

The major problem that I have come across many times is that people use diesel cars for short journeys, this stop start commute means that DPF and EGR valves can become clogged. Diesels require long journeys to become hot and effectively burn the soot particles, they need to be accelerated hard to ultimately “clear them out”, something petrols don’t suffer from.

I’m not against diesels at all, in fact I’m a massive supporter, mainly because I do a lot of miles and value their towing power, but the emerging presence of the turbo petrol engine and the exceptional performance and economy values do make it a serious contender when choosing a new vehicle.

The amount of diesels being sold is increasing each year, in 2011 60,570 diesels were sold compared to 56,763, this increased further in 2012 with 63,347 diesels and 58,562. New car sales are impressively growing but I predict in the coming years that petrol and hybrid vehicles will close the sales gap, and may even overtake the diesel sales.

Going back to the million dollar question, are diesels becoming a false economy?

With the development of strong and economical petrol engines that don’t have the costly DPF’s they definitely offer more value for money for the consumer. Unless you intend in doing high mileages or towing frequently then consider the petrol derivative, you and your bank balance won’t be disappointed.