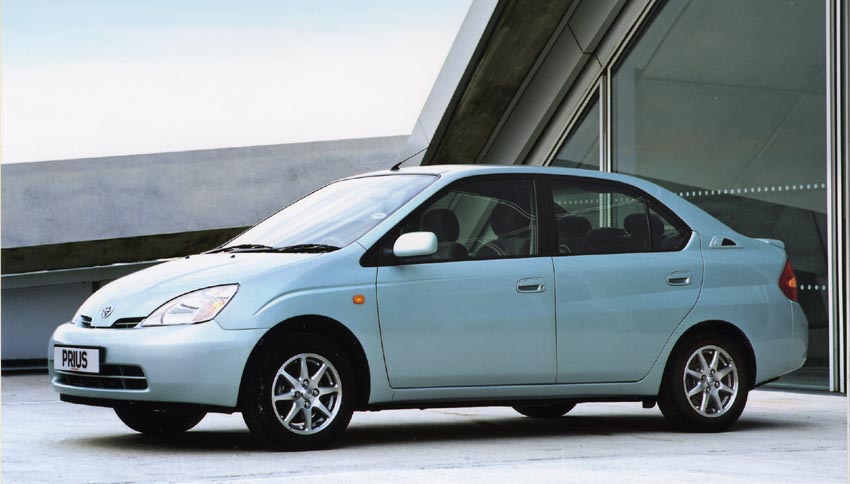 Back in the Seventies and Eighties Toyota was the most conservative Japanese carmaker. Nissan was aggressively exporting their cars while Honda was keen to show everyone how technically clever it was by building F1 cars and introducing variable valve timing and four-wheel steering. Toyota, by contrast, tended to introduce innovation only if it could be proven to be of benefit, could pay for itself and would not go wrong. Toyota was not a radical company and its products were reliable and famously durable but were hardly ever cutting-edge.

Then in 1997 all that changed when the Prius came along. For Toyota, this was a massive step in an entirely different direction. The Starlet stuck with rear-wheel drive years after everyone abandoned small rear-wheel-drive cars and Toyota themselves even called their Corolla model ‘ordinary’. But the Prius was not ordinary. It was a Toyota alright; reliable and efficient transport for everyone, but how it went about it was extraordinary and it would set off a revolution in transport that has only gained momentum in the years since.

The original car that popularised the word ‘hybrid’, but the Prius was originally only sold in Japan and was a small and rather dumpy looking family saloon. Under the skin, an Atkinson cycle 1.5-litre four-cylinder engine was highly efficient on its own but through a massively complex system of computers and cables, incorporating things like a semiconductor core inverter unit and other types of engineering witchcraft, it was mated to a 44bhp electric motor via a purpose built automatic gearbox driving the front wheels. The combined 44bhp and 58bhp gasoline engine produced a promising 98bhp, which was comparable to most family cars of the time. This power was somewhat offset by the weight- and efficiency-biased gearbox, but Toyota had done it. The world’s first hybrid car was on the market.

From 2000 Toyota began to export its headline-making family saloon globally. The power from the petrol motor climbed to 70bhp so the Prius had half a chance of surviving a German autobahn and the technology was refined as Toyota ironed out the kinks. Early adopters loved the Prius but it would take a more complete package to convert drivers to the economic and environmental benefits of hybrid motoring. Toyota got an important head start though, even if rivals believed they sold each first-generation Prius at a loss.

The original Prius set the benchmark but the second-generation car would make hybrid driving more accessible and viable for everyday motoring. It would also sell in massive numbers. Launched in 2003 the new Prius was built for the world markets, so it was longer, wider and more powerful. Despite this it was still classed as a low emissions vehicle and was impressively clean when compared to conventional family cars of the time. The basic idea was the same: the driver got in and pulled the stubby lever down and pressed the gas pedal. Then the engineering did the work.

Driving a hybrid was as traumatic as eating toast, and that was the point. Critics argued that the Prius achieved economy comparable to a diesel and it was no riot to drive, but owners liked the car’s easy-to-drive nature and it was much more environmentally friendly, especially around town where the engine was often dormant and the Prius was effectively electric.

While European sales took time, the American market, which never took to diesels, loved it. By the time it bowed out in 2009, 1.2 million had been sold. Hybrids had officially arrived.

The next generation car was visually and technologically similar to its predecessor as Toyota seemed keen to keep the brand recognition the Prius had built up. The production process was more environmentally friendly but the Prius started to feel the pressure as rivals began to catch up. Honda’s Insight hybrid provided particularly stiff competition.

The current fourth-generation car boasts even more tech along with concept car looks but by the time it had arrived Toyota had gone hybrid crazy. Virtually every mainstream model Toyota built came with the option of a hybrid version and several hybrid-only models spun off, including the estate-like Prius+. Even Lexus, Toyota’s luxury brand, started to produce hybrid versions to prove that hybrid driving and luxury could go hand in hand.

Aside from the bare sales figures, which suggest nearly 6.5 million models have been sold to date, the Prius had a major cultural impact – especially in the United States, where progressive celebrities are often seen driving them. The Prius is considered the chariot of choice for the liberal classes, while conservatives such as Rush Limbaugh scoff at the notion of a low-emission, semi-electric hybrid.

Not even Toyota themselves could have predicted such a reaction.

Hybrid; is it the future