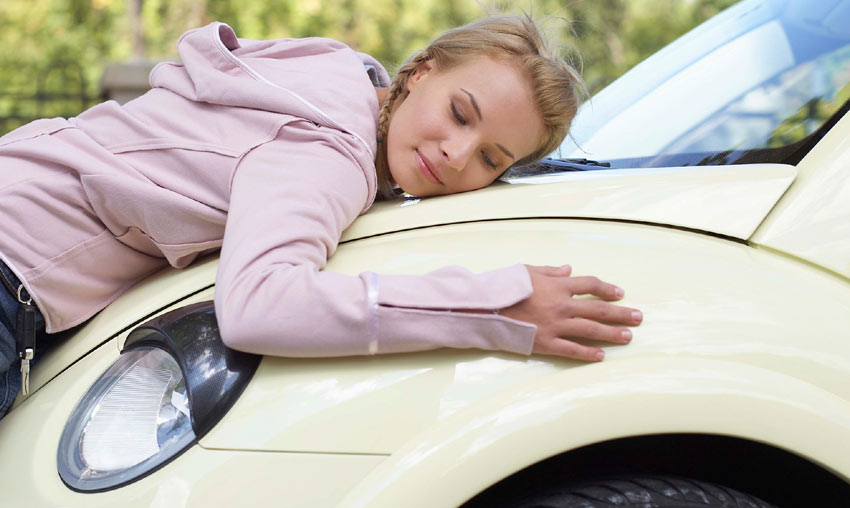 A recent survey from Station Garage in Horsham, West Sussex has found that over 75% of drivers form a ‘relationship’ with their car by giving them names.

The family-run Skoda dealership quizzed Sussex drivers to determine whether car owners actually gave their beloved vehicles a nickname and why.

The survey revealed some interesting insights including an almost equal split of 52% versus 48% of respondents viewing their car as male or female respectively. Despite this, when the results were broken down by respondent gender, it became apparent that 66% of women interviewed saw their car as male whilst 79% of men viewed their car as female; posing the question – do car owners view their vehicles as partners of the opposite sex?

Names varied from the traditional Vera, Percy, Gracie and Clive, to the more comical Megatron, Chug Chug, C3PO, The Box, Cary McCarface and The Beast. Although there were no commonalities in names from those surveyed, one person did state that they created a title for their car – Sir Jeffrey the VIII Ruler of the 9th Realm!

“I can understand people’s rationale behind naming their cars; when you think about it you spend hours of your life driving along together and you rely on it to get you safely from A to B and to protect you if an accident should occur. I remember when I first started in the workshop at Station Garage when I was younger, we had a work-horse car that stayed in the garage we used to call Trev – I can’t remember why we gave it that name, but that memory has always stuck with me.

“How people come up with names for their cars is completely subjective. I would say the majority tend to base it on a vehicle’s registration if the letters represent an acronym, or maybe the car’s personality. I think some of the names that were submitted in our survey are hilarious and clearly show drivers’ imaginations!

“Most people also don’t realise how often they talk to their cars – you curse, question or congratulate its abilities and even vent to it about other drivers’ actions. I think for new drivers, naming their car is particularly relevant as they have just passed their driving test – a huge turning point in anyone’s life, especially youngsters – and their car is their ticket to a new found freedom, almost a friend figure that they are incredibly protective and fond of.  Generally, I would have said that the novelty wears off when you get older but given our recent survey results it would suggest otherwise.”