Is this the end for the red traffic light?

Home » Features » Is this the end for the red traffic light? 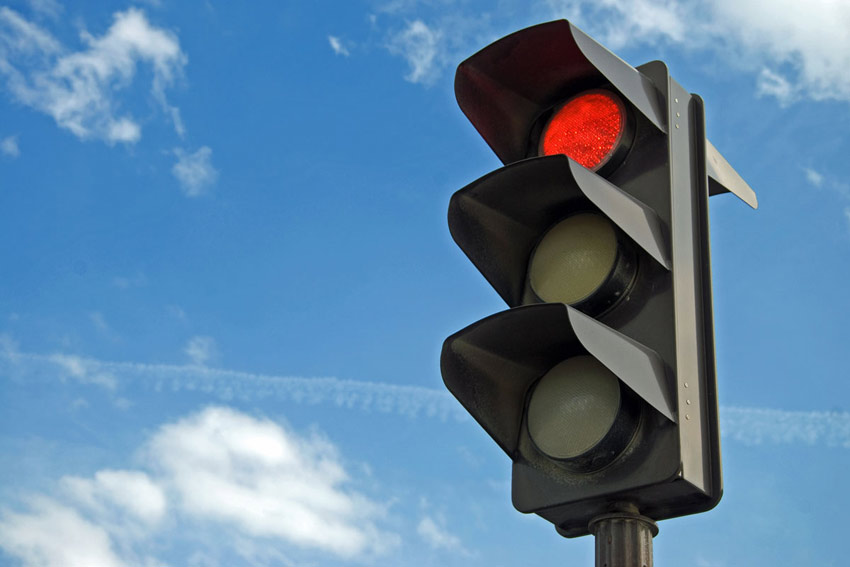 It would be the dream of many drivers to be able to get from A to B without ever needing to worry about getting stuck at traffic lights.

This fantasy could soon become a reality, thanks to an initiative by Ford and Jaguar Land Rover entitled the Green Light Optimal Speed Advisory. Join vehicle hire specialist Northgate as they delve into what this project entails and whether it really means the end for the dreaded red traffic light.

What is the Green Light Optimal Speed Advisory?

The Green Light Optimal Speed Advisory will see a roadside unit built alongside a set of traffic lights. Information about the timings of the corresponding traffic light timings will be sent to a connected vehicle that’s approaching the lights. Once received, the driver will be told of the optimal speed that they need to travel in order to stand the best chance of passing through a green light.

If there is no way to avoid a red light, drivers will still receive a helping hand from the system as it will display just how long they will need to wait until the traffic lights turn green again.

Christian Ress, the supervisor of Driver Assist Technologies at Ford Research and Advanced Engineering, acknowledged: “There’s not much worse after a long day than to hit one red light after another on the drive home, and be forced to stop and start again at every junction.

“Enabling drivers to ‘ride the green wave’ also means a smoother, continuous journey that helps to improve the flow of traffic and provide significant reductions in carbon dioxide emissions and fuel consumption.”

Tony Harper, the head of research at Jaguar Land Rover, is also excited by the project. He said: “Our aim is to give drivers exactly the right information at the right time and collaborations with other manufacturers are essential to help us deliver this commitment to our customers.”

The dilemma of red traffic lights under the spotlight

The introduction of the Green Light Optimal Speed Advisory is sure to delight many motorists, especially considering the results of recent research carried out by comparison website Confused.com.

According to the organisation’s study, British motorists can expect to spend a fifth of their time in a vehicle waiting at red traffic lights if they drive on a daily basis — equivalent to an average time of 48.66 hours per year at a standstill.

This isn’t helped by the fact the total number of traffic lights in operation across Britain has jumped from 27,480 sets in 2013 to 33,800 sets this year; an increase of 23 per cent.

Matt Lloyd, a spokesperson at Confused.com, commented: “Red lights are a frustration for many drivers on the road but they are a necessity to keep traffic moving in a timely and orderly fashion.

“On some days, it can seem like the lights are against you and it can feel like the wait is longer than normal.”

However, Mr Lloyd was keen to add: “Rushing through a red light can cause problems for drivers and pedestrians alike. And getting caught can cause you problems with your insurance.”

A report by the Institute of Economic Affairs (IEA), entitled Seeing Red: Traffic Controls and the Economy, offers a potential solution — remove eight in ten traffic lights found across the UK and replace them with shared spaces.

According to the report, just a two-minute delay to each vehicle journey equates to the UK economy making an annual loss of around £16 billion. However, the authors argue that removing traffic infrastructure like traffic lights, road markings and bollards and establishing shared space schemes results in drivers behaving in a manner where they have more consideration for other road users.

Looking into the findings, Dr Richard Wellings, head of transport at the IEA, stated: “For too long. policymakers have failed to make a cost-benefit analysis of a range of regulations — including traffic lights, speed cameras and bus lanes — making life a misery for drivers nationwide. It’s quite clear that traffic management has spread far beyond the locations where it might be justified, to the detriment of the economy, environment and road safety.

“The evidence of shared space schemes shows the transformational benefits of less regulated approach, whilst the removal of a high proportion of traffic lights would deliver substantial economic and social benefits.”

How is the Green Light Optimal Speed Advisory being set up?

As well as collaborating with Jaguar Land Rover for the initiative, Ford will be trialing the technology as part of UK Autodrive.

A three-year trial of self-driving vehicle and connected vehicle technologies, UK Autodrive is made up of a consortium of leading businesses in the automotive and technology industries, as well as a variety of academic institutions and local authorities.

The underlining aim of UK Autodrive will be to establish the country as the global hub for researching, developing and integrating both automated and connected vehicles into society. However, the trial will also be used to delve into safety and cyber-security issues associated with automated driving techniques, as well as gauging the public’s acceptance for such technology.

Where is the Green Light Optimal Speed Advisory being trialled?

Both public roads and closed circuits based in Coventry and Milton Keynes will be used to trial the Green Light Optimal Speed Advisory over the next two years.