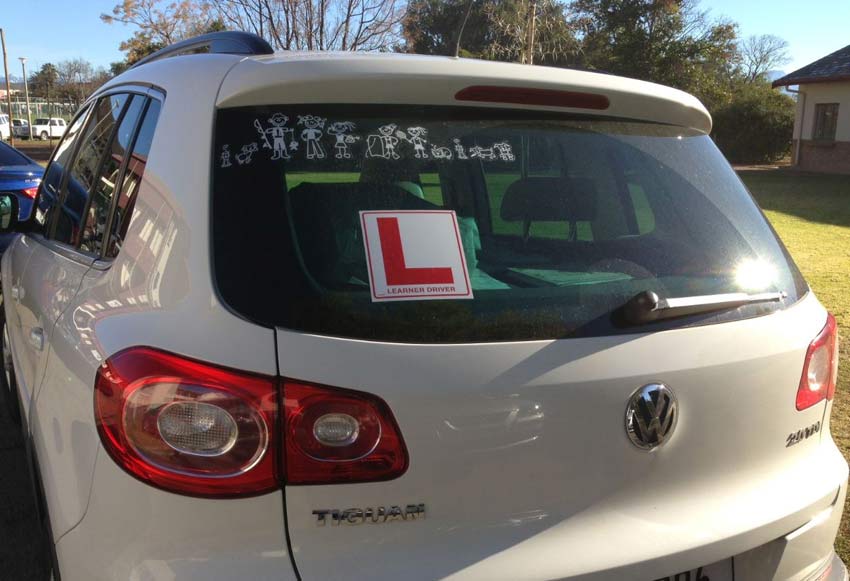 It takes motorists just 10 weeks to become a ‘bad driver’ after passing their test, according to research.

A study of 2,000 car owners found the average new road user lets bad habits creep in less than three months after ripping the L-plates off.

And one in 10 even admitted they began to forget what they learned two weeks or less after passing their test.

Not holding the steering wheel in the correct ’10 to 2′ position and failing to check their mirrors every time they make a manoeuvre are among the earliest flaws to emerge.

Interestingly, 40 per cent of women believe they have developed bad habits since passing their test, compared to just 32 per cent of men.

David Carter for Accident Advice Helpline, who commissioned the research, said: “Passing your driving test is, for many people, one of the hardest things they’ll ever have to do.

“And for many of us, that testing day could have come years or even decades ago – plenty of time for bad habits to creep in.

“Our study found lots of drivers are happy to admit to bad practices when behind the wheel, most of which are harmless.

“But it’s important to stay vigilant with observation and safety, as letting your guard down for too long could result in an accident.”

The study also found on average it takes just four and a half months to become a “middle-lane hogger” on the motorway.

And drivers will further put their safety at risk by riding without a seatbelt from time to time after less than four months of having their full license.

One third of British motorists also confessed to having chucked litter out of their car window while on the move.

The study also showed it takes just over five months for drivers to feel comfortable fumbling in their bag for something while driving.

The average driver will have run a red light within five months and six days of passing their test, while illegal U-turns become second nature after five months and nine days.

And after just over four months, motorist are more likely to overtake in a dangerous situation, turn a corner without indicating and park on double yellow lines.

The majority of adults passed their driving test at the first try, although one in five had to take three or four tests to get it right.

And 53 per cent of Brits agree that they have more bad driving habits now than they day they passed their test.

In fact, a tenth of the driving population have had an accident due to getting slack with following the rules of the road.

“Bad driving habits can compromise safety and the research suggests it’s all too easy to let our driving standards slip.”

HOW LONG IT TAKES TO DEVELOP BAD DRIVING HABITS

Stopping checking your mirrors when manoeuvring – three months and 21 days

Turning a corner without indicating – four months and 12 days

Tailgating someone – four months and 15 days

Driving without a seatbelt – three months and 18 days

Pulling out in front of someone, cutting them up – five months and 3 days

How to be a safer driver