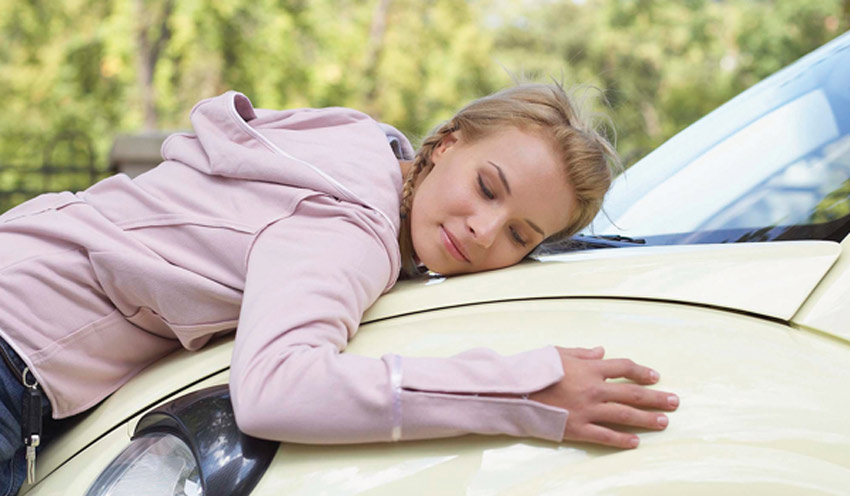 Fiat reveals British drivers are emotionally attached to their cars

A third (32%) of British drivers are emotionally attached to their cars, and 17% of owners actually admit that they are “in love” with their vehicles, according to research revealed today by Italian car maker FIAT.

Furthermore, a staggering 1 in 10 men (10%) confess their car is ”like a person” to them, while people who live in the South, regularly admit to talking to their cars (28%) – with this habit increasing among the older, 55+ years generation.

The findings also discovered 1 in 3 adults (27%) name their car and at least half of adults aged 25 to 34 years have always done so. Betty, a name made famous by the classic 1970s sitcom, Some Mothers Do ‘Ave ‘Em, takes the top spot for the UK’s number one car name, followed by Percy and Alfie.

The least popular female car names included Elizabeth and Charlotte, despite their Royal connotations, while Jack is a thumbs down for male car names, even though it came in as one of the top 10 most fashionable UK baby names for 2016.

Some of the oddest names revealed in the poll include Thor the Thunderbolt, The Anti-Christ and a red car named after Simply Red singer Mick Hucknall.

When naming a new car, 21% of Brits would look to a celebrity for inspiration, especially Londoners (25%), and in what might be seen as a sign of the times, 1 in 5 would actually prefer a gender-neutral name for their vehicle.

For more information on the FIAT range, head to: http://www.fiat.co.uk/

Eight things to know about the Fiat 124 Spider