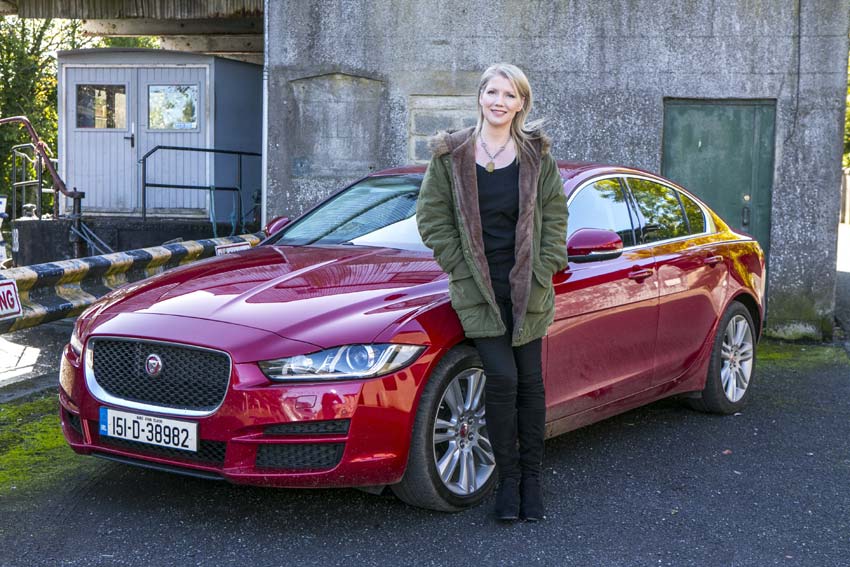 Jaguar’s new XE certainly looks the part – but will need more to fend off its rivals, writes Geraldine Herbert

What is it?  As the first compact executive from Jaguar since the X-type, the XE is, according to Jaguar, the most advanced sports saloon ever produced – with aluminium making up 75% of the body. It is also the most important car Jaguar have ever built. With over two billion pounds invested, the XE is designed to transform Jaguar from a niche manufacturer into a major player.

Who is it aimed at? This new Jaguar is designed to lure buyers away from the BMW 3-Series, Mercedes C-Class and Audi A4.

Styling? First impressions matter – and the Jaguar XE is one of the most striking-looking cars on the market. You certainly won’t mistake it for anything other than a Jaguar. The signature honeycomb grille, distinctive air vents and clean, smooth lines add to the aggressive and sporty stance, while the rear light cluster pays homage to the iconic Jaguar E-type.

Under the Bonnet? Our test car was the 180bhp 2-litre diesel 8-speed automatic Prestige trim version. Engines include a range of petrol and diesel options, including a 3.0-litre V6 with 340PS. But it is the new 2.0-litre turbocharged Ingenium diesel engine fitted to our test car that promises astonishing fuel efficiency and low CO2 emissions. There is a 163bhp version of the 2.0 litre diesel, and all come with either six-speed manual or eight-speed automatic transmissions.

What about inside? Inside, it is smart and uncluttered, blending old-world with new technology – but some switches and dials feel a little cheap compared to rivals. However, everything is very intuitive to use. Space in the front is good, but headroom is a little tight – and both headroom and kneeroom are not overly generous for back-seat passengers. The boot, at 455 litres, is smaller than rivals

On the Road? the XE is really good to drive. Beautifully balanced, yet powerful and sporty, it is surprisingly good on bends and twisty roads. It grips the road and the steering is sharp and precise. The XE is also really comfortable but the XE is not without its disappointments the engine is very gruff-sounding. When we first drove the XE earlier this year the overriding impression was of its refinement at all levels, but on Irish roads some quality has been lost.

And Safety?  There is a huge range of safety equipment to safely cocoon you; apart from the reassuringly  strong aluminium body shell, there is also electronic traction and stability control, six airbags and ISOFIX child-seat mounts in the rear. Plus the XE has just been awarded the maximum five star rating in Euro NCAP’s 2015 safety tests.

Options? Jaguar offers a variety of optional suspension settings – from conventional dampers to a firmer sport set-up. If you are considering buying the XE make sure any test drive involves sampling each set-up, as they make a huge difference to the feel of the car on the road.

Will it break the bank? Prices for the Jaguar XE start at £29,775. The list price of our test car was £31,275 and it comes with Heated front seats featuring Taurus leather upholstery with contrasting stitching delivers a modern, progressive luxury interior, complete with Phosphor Blue ambient lighting. Inserts on the air-conditioned seat option are perforated and the ‘Riva Hoop’ and door finishers are finished in brushed aluminium all as standard.

Verdict? According to Jaguar, they set out to make a car that you could buy with your heart and your head. Jaguar’s new XE is a serious sports car with sharp steering and great driving dynamics, but it also offers decent fuel economy and low emissions. It is just a pity that it’s not quite as practical as its rivals.

But in a market where the BMW 3 series, Audi’s A4 and the Mercedes C-Class have been synonymous with the compact executive car, the XE may be late to the party – but it has certainly gatecrashed in some style.