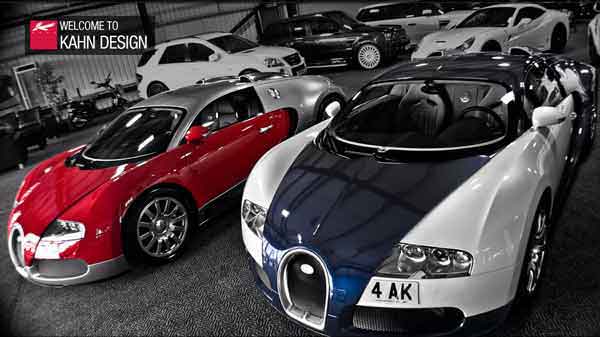 So what did we drive the day we went to Kahn?  Suzanne Keane explains in detail some of the exquisite Kahn creations we sampled at first hand

After an early morning flight from Dublin to Bradford we were whisked off to Kahn Design…. The first jaw dropping moment of the day was the “supercar” showroom and that was before we were handed any car keys……

So what did we drive? 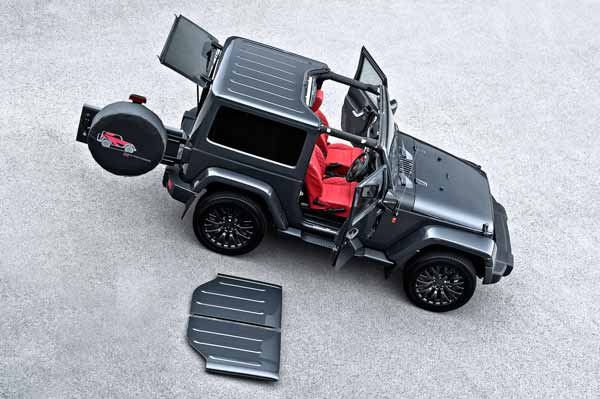 Despite looking and feeling the part the Jeep felt huge, heavy and very American on the road and was far from agile in Bradford traffic….. and don’t get me started on driving uphill! 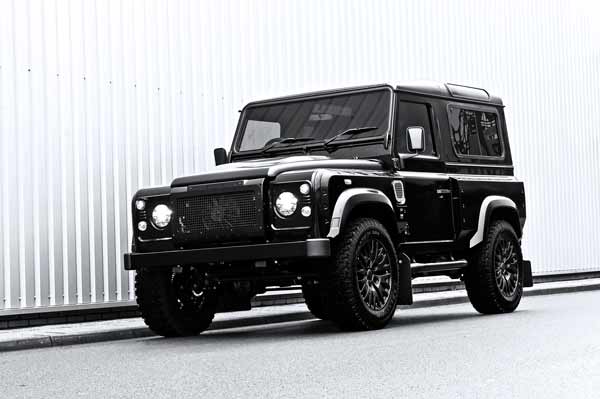 Next up was the Land Rover Defender XS90 2.2 TDCI Wide Track. This defender, to me, epitomises what Kahn are about – Luxurious interior, subtle exterior and amazing attention to detail. In fact, amazing is a word that’s perfect to describe this Defender. It was out and out my favourite car of the day – Nice to drive, doesn’t feel too big, comfortable although could possibly do with uprated brakes! But by far the best feature of this defender was the Harris tweed touches on the interior. Even though it was only a 2.2 it felt much more powerful than the Jeep and I didn’t think I’d have to get out and push it on hills! 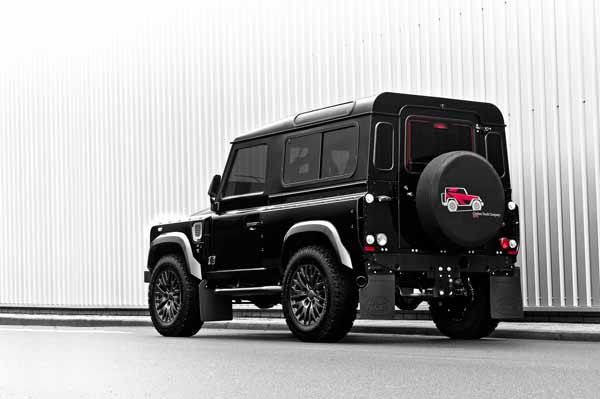 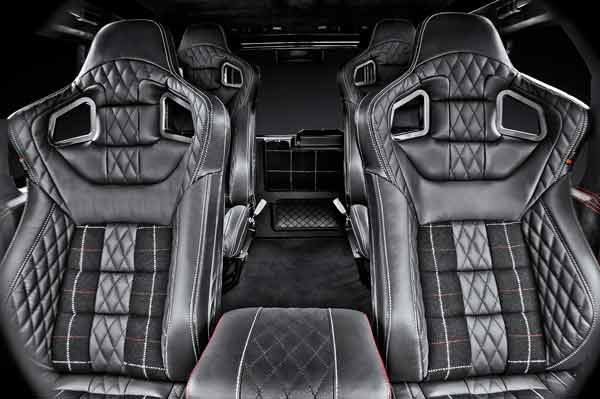 Of course the defender had plenty of other features such as LED puddle lights, Alcantara roof lining, red seat belts, LED headlamps, front and rear sports GTB seats and front and rear wide wings – to make room for the wide track! 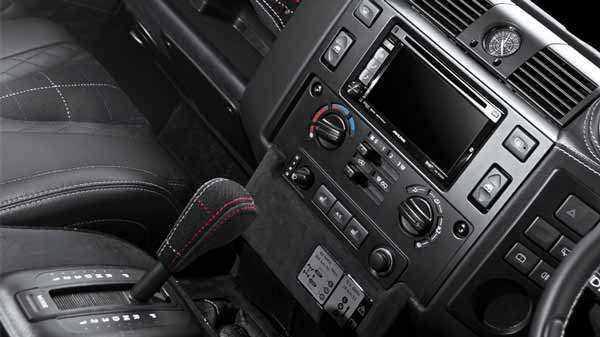 Following lunch at the famous Salt Mills we were handed the keys to a Pearl Blue Range Rover TDV6 Vogue. In typical Kahn fashion this had a red leather interior and 23″ rims and was the perfect vehicle for sitting in afternoon traffic. In fact, it was so comfortable you could easily forget you were in a car on the road…. 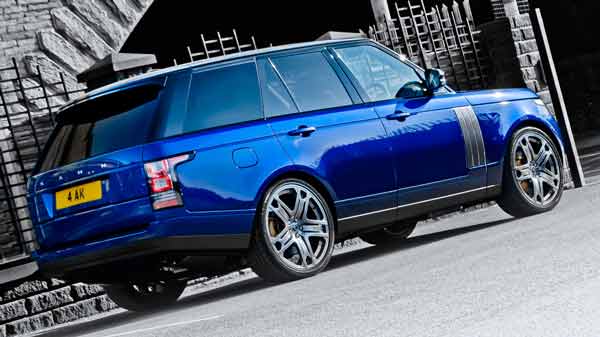 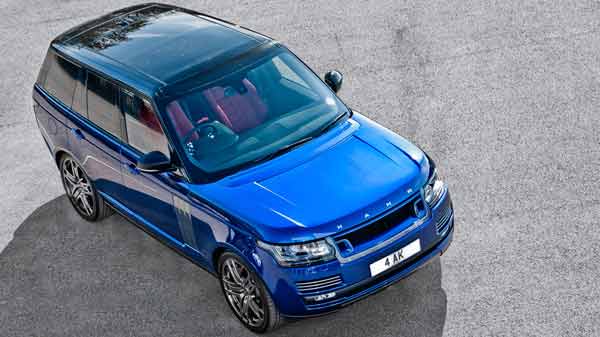 This Range Rover has subtle touches such as a piano black roof and mirror covers with door accents in pearl grey. 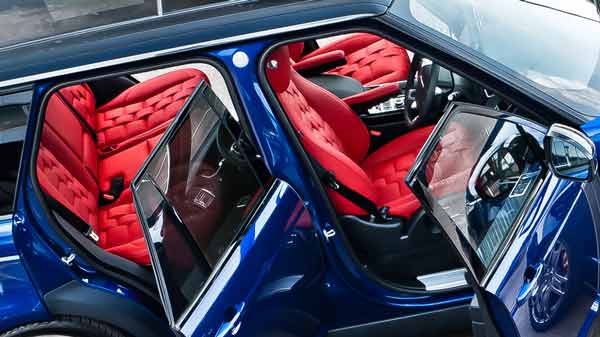 Our final vehicle of the day before being shipped back to the airport was a Range Rover Evoque 2.2 SD4. Finished in a striking Vesuvius Copper exterior paint the inside followed suit with a black and copper diamond stitched leather interior – and of course matching copper brake callipers. 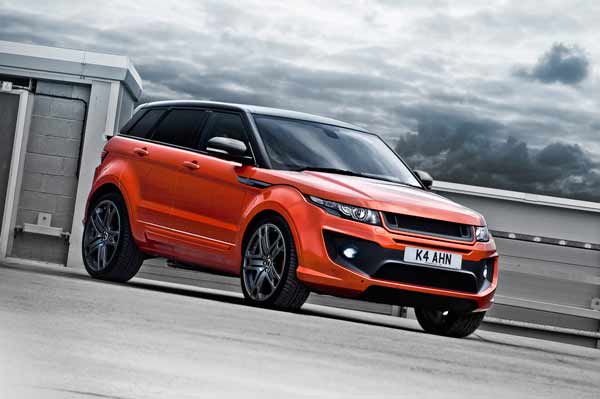 The Defender would without a doubt have been my first choice to bring home on the day, however if practicality was taken into account I’d find it hard to choose between the Range Rover and the Evoque. May have to get Kahn to customise either the Range Rover or Evoque with Harris tweed, Alcantara and some RS-XF rims and then I’d be happy! 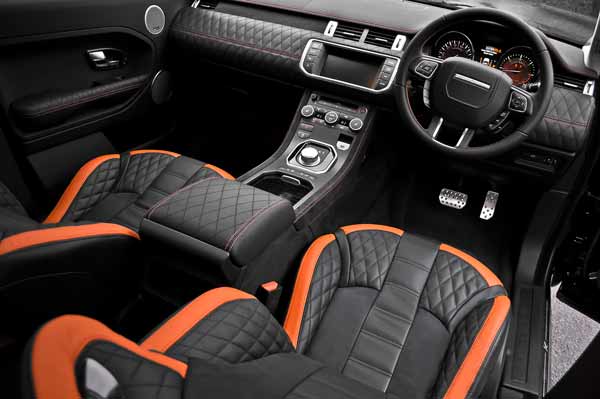