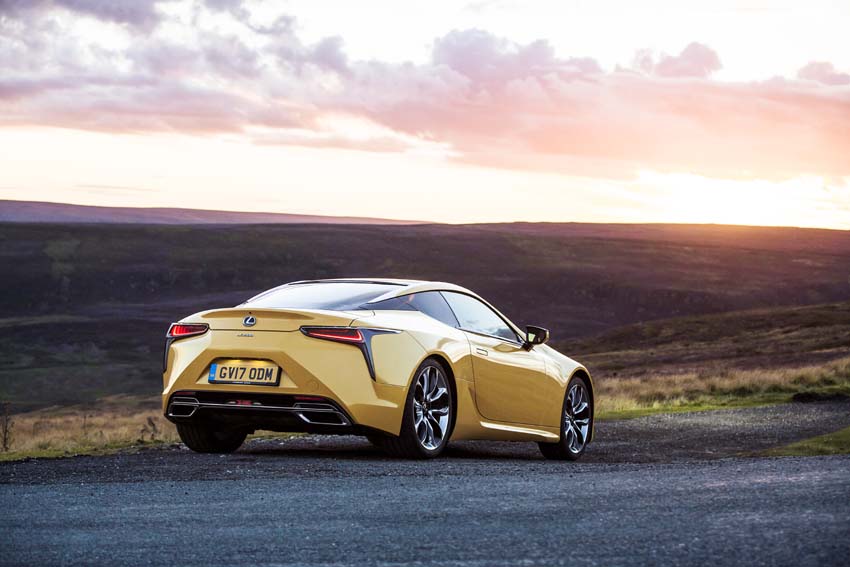 What is it?  Some cars should come with a health warning sticker, and the Lexus LC 500h is one. Smart, classy and sexy – it oozes sophistication but potential owners should also know this is not a car for shy, reserved types. Every trip, no matter how short, will leave a trail of pointing fingers, gaping mouths and wagging tongues. Passers-by stare at it longingly while others crane their necks out of windows to snap photos from their phone. And everyone has an opinion on it. The young and old, male and female, stop to tell you it is stunning, and it is – low and wide, with an aggressive stance and gravel-hugging shape, even the over-sized Lexus spindle grille works on this car.

Styling? Inspired by the LF-LC concept first revealed at the 2012 North American International Auto Show in Detroit, the production version shows little compromise – in fact, there is very little to set the two apart.

Under the Bonnet? Powering our test car is the world’s first 10-speed multi- stage hybrid and features a 3.5-litre V6 petrol engine and a lithium-ion battery to deliver torque of 348Nm and 299 bhp. It will take you from 0-62 mph in about five seconds and has a top speed of more than 155 mph. There is also a more powerful five-litre V8 with 477bhp and 549Nm of torque that shoots from 0-60kmh in 4.7 seconds.

What about inside? Run your fingers over the inside of the car and everything feels special. The Japanese call this “takumi”, an obsession with the finest details, evident in the hand-stitching of the leather gearshift lever, the draping treatment of the Alcantara door-panel trims and the discreet use of the Lexus ‘L’ motif in areas such as the face of the analogue clock and even the tactile raised surfaces of the air vent controls.
The two front occupants can appreciate in full the glorious 13-speaker Mark Levinson Premium Surround sound system, but the infotainment system is fiddly and more complicated than it needs to be.
If the mark of a sensible grand tourer is rear seating, the LC is decadently impractical and offers two seats even children will wince at having to sit in, which is probably just as well as the boot is tiny so you can store those extra shopping bags in the back instead 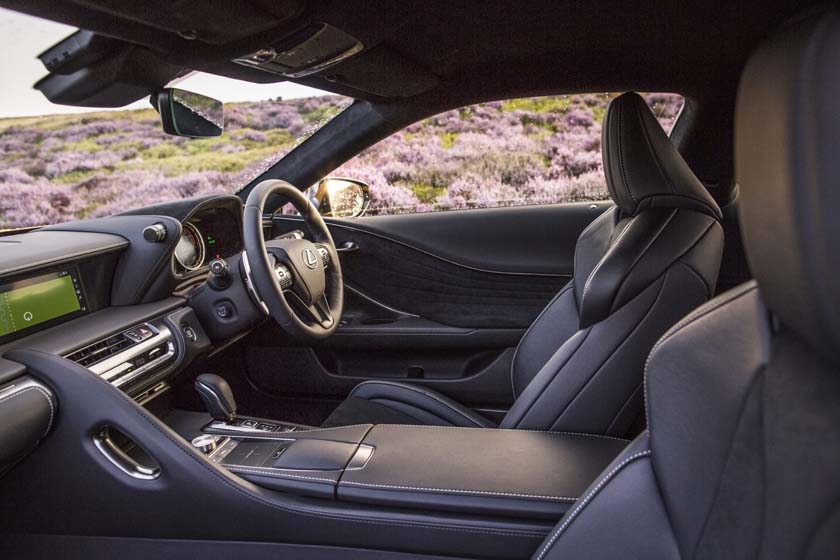 On the Road? Quiet and composed with a pleasing amount of power, it skims lightly over any road surface and all you can hear is the sound of a beautifully engineered machine. According to Lexus, great steps have been taken to achieve an engine sound that truly stirs the emotions. On windy roads and at speed it doesn’t disappoint, and the front seats are well sculpted and padded for support. The LC 500h may not be a serious sports car, but as a zippy grand tourer, it is a particularly appealing one.

Will it break the bank? With prices starting at £72,595, it will take a big bite out of your Prada fund but you get a lot for your money and everything oozes luxury. The fuel economy claim of 43.5 mpg is achievable. Three trims are available; the entry Luxury model, next up is F-Sport at £79,995 and the Premier grade starts at £97,995.

What it says about you? You’re devastatingly sophisticated.

Verdict? The market is awash with luxury coupes including the Alfa Romeo 4C, BMW 6 Series, Jaguar F-Type, Mercedes-Benz SL-Class and the Porsche 911 but the LC is a serious contender to steal sales from even the more established rivals. With lethal good-looks and impeccable manners, it’s hard not to be seduced by the LC 500h. So, if you want to stand out from the crowd but yearn for grand tourer luxury, this could be the perfect match

For more information check out lexus.co.uk or the Lexus UK Facebook page.