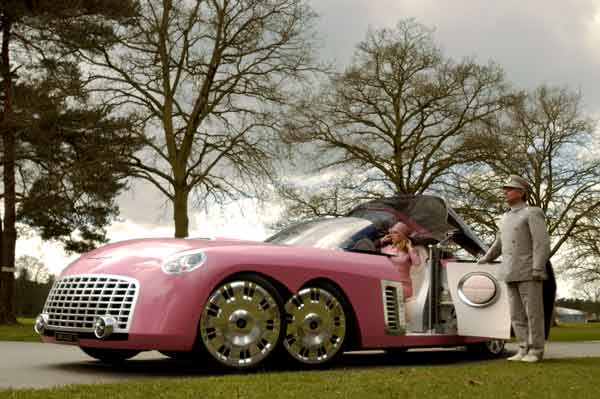 Cars often feature so prominently in films and TV shows that they become iconic just by that association. We take a look at some of the more memorable occasions when a woman has been behind the wheel. Fasten your seatbelts.

1. Smart fortwo, Da Vinci Code (2006)
A hair-raising car chase through the streets ofParisis the perfect way to show off the Smart’s agility. The Smart driven by Audrey Tautou zips effortlessly around the streets ofPariswith the French police in pursuit and a nervous looking Tom Hanks in the passenger seat. She manoeuvres the car through some unusually tight spaces, reverses it down a pavement at speed and manages to give the police the slip with just the loss of a wing mirror. All in all it is proof that the tiny Smart is the perfect getaway car.

2. Mini Cooper, The Italian Job (2003)
Charlize Theron brings a red Mini Cooper S for a workout around a test track in the 21st century remake of this classic film. Apparently she did all her own stunts for this too. There is also time for Theron to get behind the wheel of an original Mini Cooper and she executes a nifty piece of parallel parking. Only a Mini (or a Smart!) could fit in a space that tight.

3. Porsche Boxster, Legally Blonde (2000)
Ditzy lawyer Elle Woods drives a Porsche Boxster in this film. Elle does not get into any illegal car chases in this car like some of the ladies featuring on our list, but a U turn on the way to the nail salon results in a three car accident. By the time the sequel to this film was released in 2003, Elle had ditched the Porsche for an Audi TT. 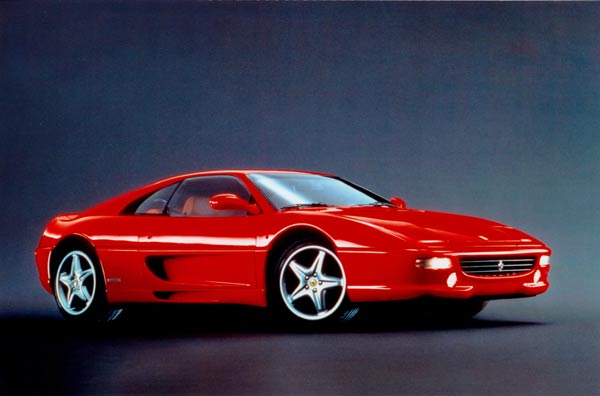 4. Ferrari F355, Goldeneye (1995)
It would be unusual to see a list of cars in movies without a car from a James Bond film thrown in somewhere. Well lucky for us a Bond girl did manage to get behind the wheel of an exotic motor in Goldeneye. Bond in an Aston Martin DB5 takes on villain Xenia Onotopp in a classic red Ferrari on a twisty mountain road in the South of France. Narrowly avoiding some obstacles like a hay truck and a group of cyclists, Onotopp manages to out manoeuvre Bond and drives off into the distance.

5. Ford Thunderbird, Thelma and Louise (1991)
In a road movie the car plays a big role and it is no different in Thelma and Louise. The car features the whole way through the movie with much of the action taking place on the road in Louise’s 1966 Ford Thunderbird convertible. Sadly in the final scene the battered looking car ends up over the side of theGrand Canyon, bringing a tear to the eye of Thunderbird fans everywhere.

6. Ford Mustang, Charlie’s Angels (1976-1977)
The Ford Mustang is the ultimate all-American car. Not surprisingly the Mustang has appeared in many films and TV shows making it Hollywoodroyalty in its own right. Trying to find a female behind the wheel is difficult but luckily for us Jill and Kelly drove Mustangs in the original series of Charlie’s Angels. Jill had a white Cobra model with two blue stripes down the middle and Kelly drove a slightly more demure version of the classic Mustang.

7. Lotus Elan, The Avengers (1965-1968)
Next up is another vintage TV show with another epic car. In 60s spy drama The Avengers, Emma Peel, the spy played by Diana Rigg, drove a very stylish Lotus Elan. The Elan was the perfect car for smart and confident Peel. Together with secret agent Steed she saved the world each week before speeding away into the English countryside in her powder blue Elan.

8. Rolls-Royce, Thunderbirds (1965-1966)
The FAB1, Lady Penelope’s six wheeled modified Rolls Royce, is an icon in itself. It makes it into our list because what could be more girly than a pink Rolls Royce? The jury is out on how much Lady Penelope actually drove it (well why would a girl drive if she had a chauffeur), but nevertheless, the FAB1 is an iconic association between a girl and her motor.

Have we left any out? Leave a comment below and let us know.

Many Shades of Luxury